What’s the metaverse? Where this guy can earn $16K a month on a virtual gas station NFT 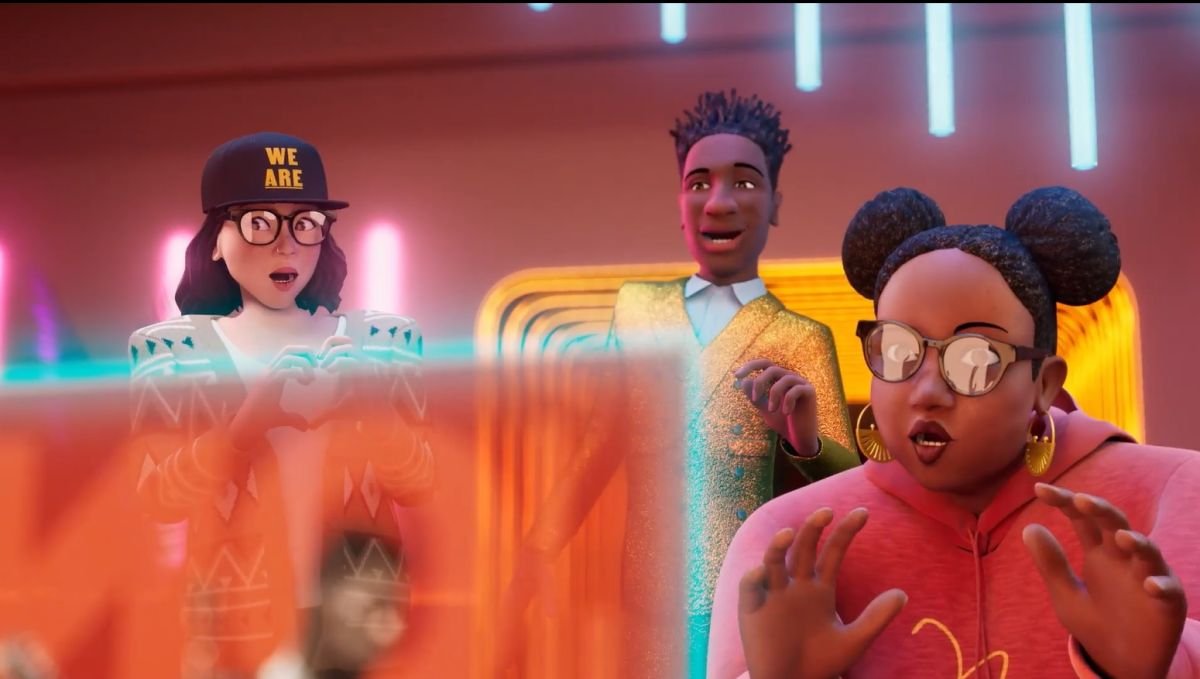 Ugh, the metaverse! Aren’t you tired of hearing that overused buzzword? I know I am! It’s been popping up everywhere like Whac-a-Mole since Facebook — er, I mean “Meta” — announced its rebranding at its Connect livestream on Oct. 28. “What the heck is a metaverse?” was the question of the hour after CEO Mark Zuckerberg unveiled Meta’s commitment to creating an immersive, interactive, virtual realm that simulates our physical plane. The metaverse, to be succinct, is a shared virtual world, and by that definition, it’s not new. You can sink hours upon hours into Minecraft and Roblox, which provide metaverse-esque, collaborative gameplay experiences.

And if we take it back even further, platforms such as Second Life, IMVU, Habbo Hotel and Club Penguin were all the rage (I’ve had accounts on all four embarrassingly enough). 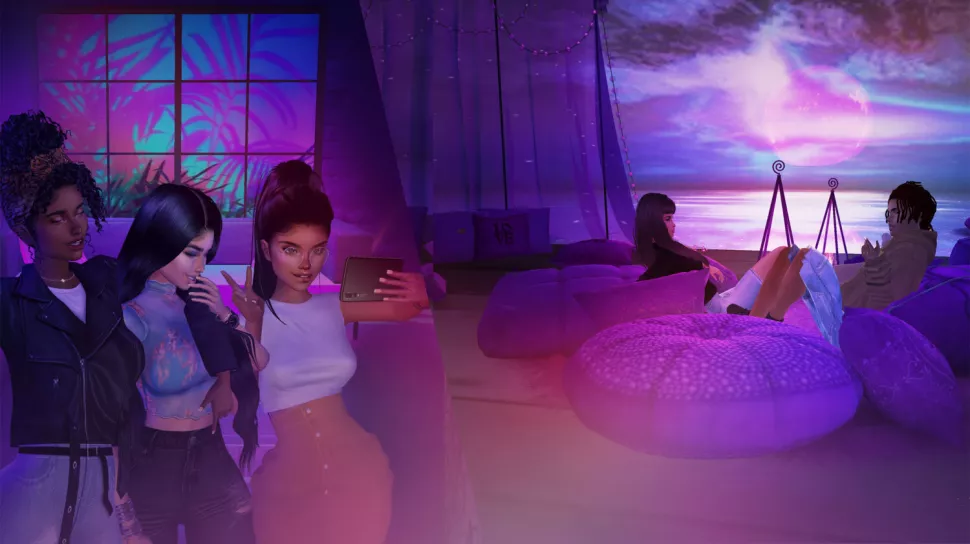 I’d roam around these chaotic digital worlds filled with pixelated avatars yearning for meaningful interactions I couldn’t find in real life. As such, the metaverse isn’t a novel concept, but it is evolving into a new space that makes “Ready Player One” seem like an au courant film.

As it stands now, you can put on Meta’s Oculus Quest 2 headset and interact with VR users halfway across the world, from Shanghai to Medellín. I’ve played laser tag with Dutch teammates inside an LED-decorated arena equipped with sniper guns, grenades and laser orb launchers. 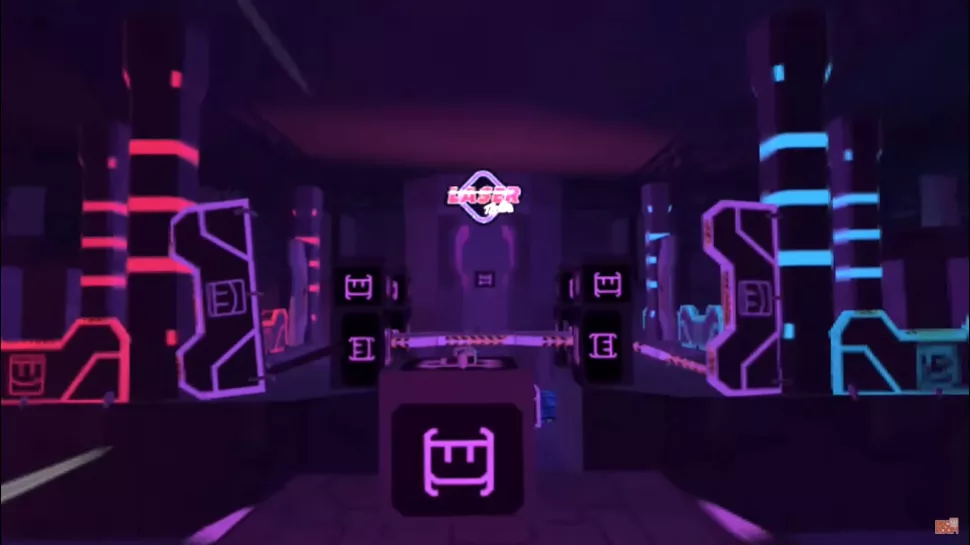 I’ve boogied down with an LA native inside a massive electronica club that spared me the stench of real-life BO. I’ve listened to amateur comedy sets while sipping digital hot chocolate in a virtual cafe. 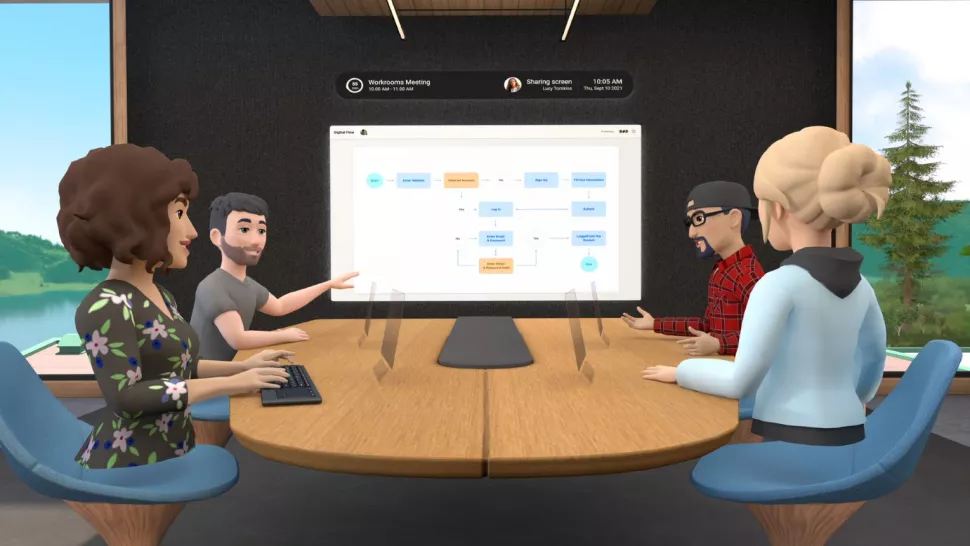 Advertisement Hell, the metaverse is even taking over the workplace (I’ve visited the Facebook office in VR).

The mind blowing potential of the metaverse

You see, I thought I had “the metaverse” figured out. After all, I’ve already explored the far corners of many shared virtual worlds — until I stumbled upon a tweet that made me realize how much I underestimated the metaverse’s expanse and magnitude. “A guy just told me he is making $4,000 a week with a virtual gas station with an NFT in a game world. That’s more than a real gas station profits,” @TheCoffeeBlock posted on Twitter. “Crypto is absolutely absurd!”

After seeing the tweet, my curiosity ate me up inside. I had to reach out to this fascinating character who owns this fruitful Polka City NFT. Fortunately, he agreed to speak with me. The man in question is known as Crypto Sensei on Twitter, but behind the handle is 37-year-old Robert Doyle who foresaw the emergence of virtual real estate far before the metaverse became the annoying buzzword that it is today. “Yeah, I've seen it coming. I've been playing video games since I was young,” Doyle said. “Usually, when you're playing a regular video game, you gather equipment and you spend countless hours on all this stuff, but then that's it! You cannot sell that stuff. It's just in your account. And so with blockchain gaming, it really opens up new doorways to really own what you're playing. ”For example, my co-worker Rami Tabari recently purchased a $30 motorcycle from Final Fantasy XIV. Calling it “sexy,” Tabari told me he can cruise around with it in-game and show off his new ride, but what happens when he gets bored? 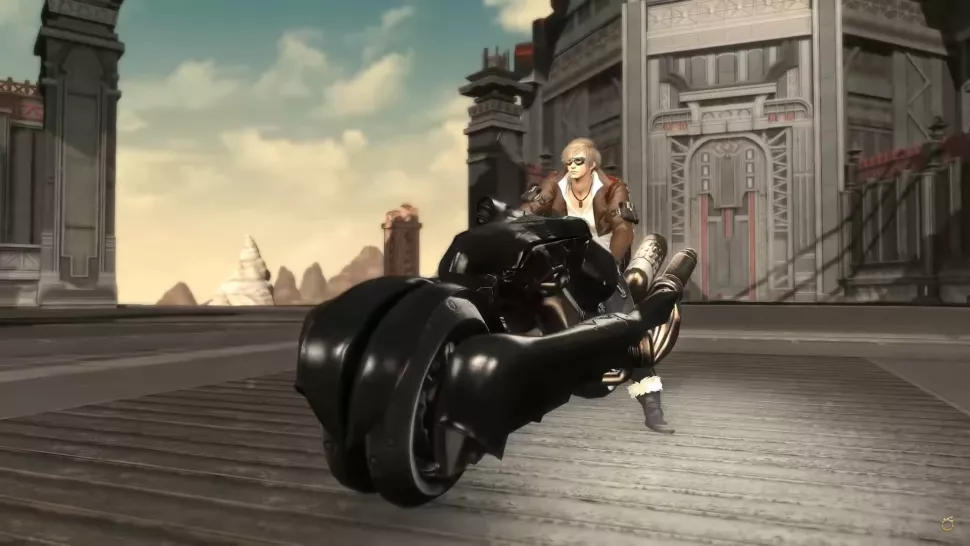 He can’t do anything with it. He can’t resell it on a marketplace nor earn interest on it. The motorcycle just sits inside FFXIV collecting digital dust. However, thanks to the emergence of play-to-earn games like Axie Infinity, in-game assets — typically minted as NFTs — actually have resale value outside of the metaverse where players can profit from their purchases. Doyle, an expert at discovering high-risk, high-reward crypto protocols for his Discord community Cryptonairz, stumbled upon Polka City, a blockchain game with a companion token of the same name (POLC), six months ago. Polka city allows users to purchase NFT-based real estate in the game, including gas stations, gyms, art galleries, clubs and more. 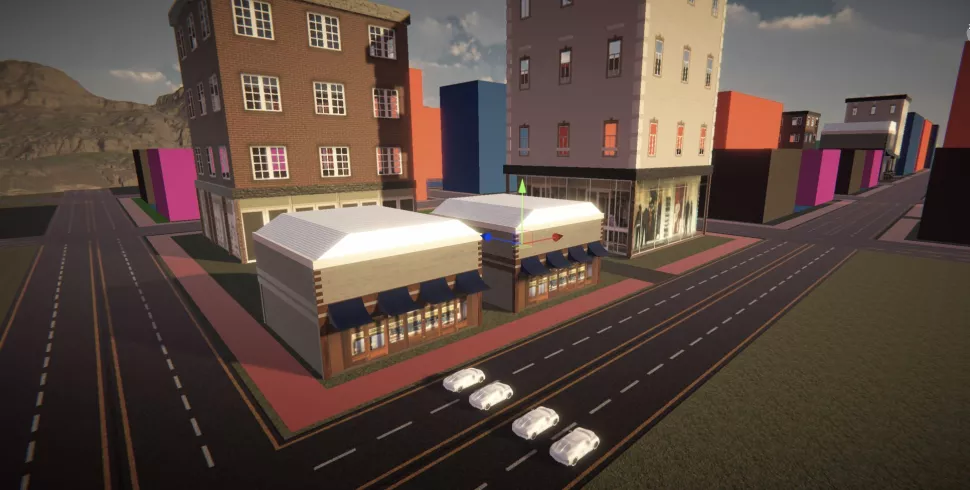 “It's a little bit of a gamble,” Doyle said. “But I was like, ‘You know what? This game could be really cool.’ ”Doyle took a leap of faith and purchased a virtual gas station inside Polka City. He shelled out $23,000 worth of POLC for the NFT. At the time, POLC was trading at around 10 cents. As a cherry on top, the gas station doles out an incredible 358% APY in interest. As of this writing, POLC is valued at $1.60. Doyle is now earning $16,000 a month — thanks to a petrol station that doesn’t even exist (at least, not in the physical realm).

And get this — the gas station isn’t the only NFT Doyle purchased from the game. “I have a bank, a billboard, four moto bikes and a helicopter,” he said. I found the moto bike and billboard to be particularly interesting. Moto bikes are the fastest land vehicle in Polka City, so I suspect this will be in high demand for gamers who want to get to traverse the map quickly. Billboards can be rented to third parties who want to run in-game ads and owners get a cut of the revenue.

PolkaCity: A new blockchain game touted as the 'Grand Theft Auto' of the metaverse

If you visit PolkaCity’s official website, you’ll find a marketplace where you can buy pets, vehicles, planes, jet packs and cameras, as well as barbershops, sports stadiums, clubs, art galleries, and the star of the show, gas stations. 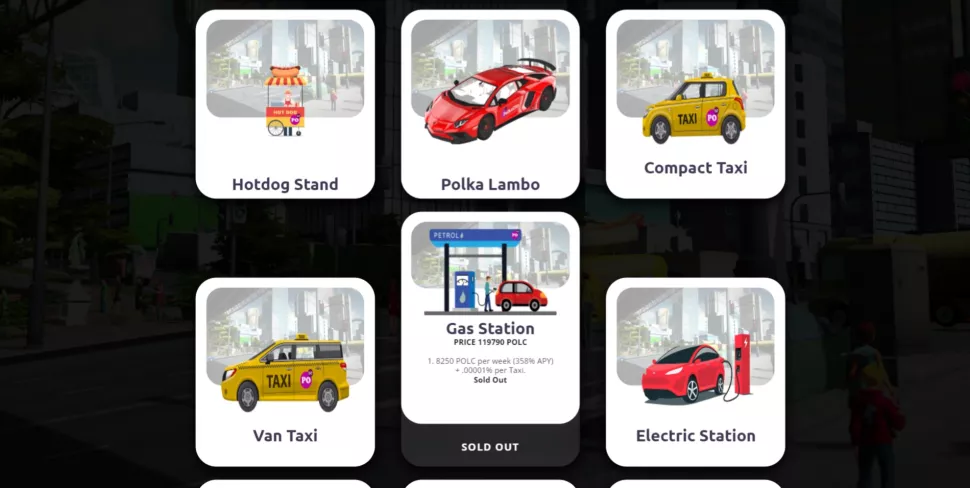 So what, exactly, can Doyle do with his gas station in the game? According to the Informal Game Guide and Mechanics for Polka City NFTs, vehicles in Polka City start with a free daily full tank, but when gas runs out, they have two options: wait until the next day or purchase petrol at a gas station. What puzzled me, however, is that Polka City isn’t even out yet. It’s slated for a December release, so how is Doyle earning mind-blowing rewards on his gas station and other NFT assets? “How this works with any new project that comes out is that they really need people to start funding the game and buying the token, whether it's NFTs or whatever it is,” Doyle said. “The people that get there first are usually the ones that benefit the most.” In other words, as I hinted at earlier, the Polka city developers incentivized investors to buy into the game with alluring, high APY NFTs. 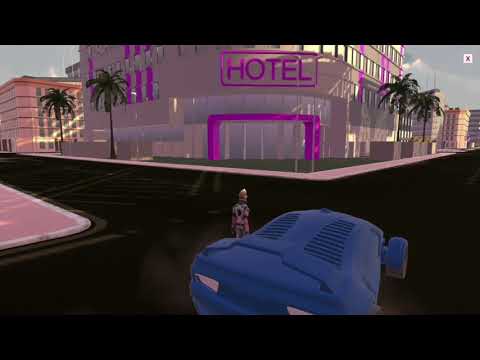 Fortunately for Doyle, his gas station ended up being a valuable investment, but it’s important to note that it wasn’t all luck. He’s skilled at deep-dive research and utilizing market capitalization math to determine whether a token has major growth potential — and he nailed it with Polka City. I joked that this talent helped Doyle avoid traps like the notorious Squid Game token rugpull. Advertisement“95% of meme coins are either some type of scam, or they don't have a use case, or they don't have a proper team, or they're just trying to make money,” Doyle said, adding that he prides himself in doing proper research before sharing token projects with his Cryptonairz Discord community. “If we can't get a meeting [with the token’s devs  or a talk to answer just some basic questions and get a real good idea of what's going on, we won't post that project,” Doyle said. As you might have guessed, Doyle contacted Polka City’s creators to confirm its legitimacy. “I reached out on LinkedIn and I got some questions answered,” he said. “It was one of those things that worked out in the end.” 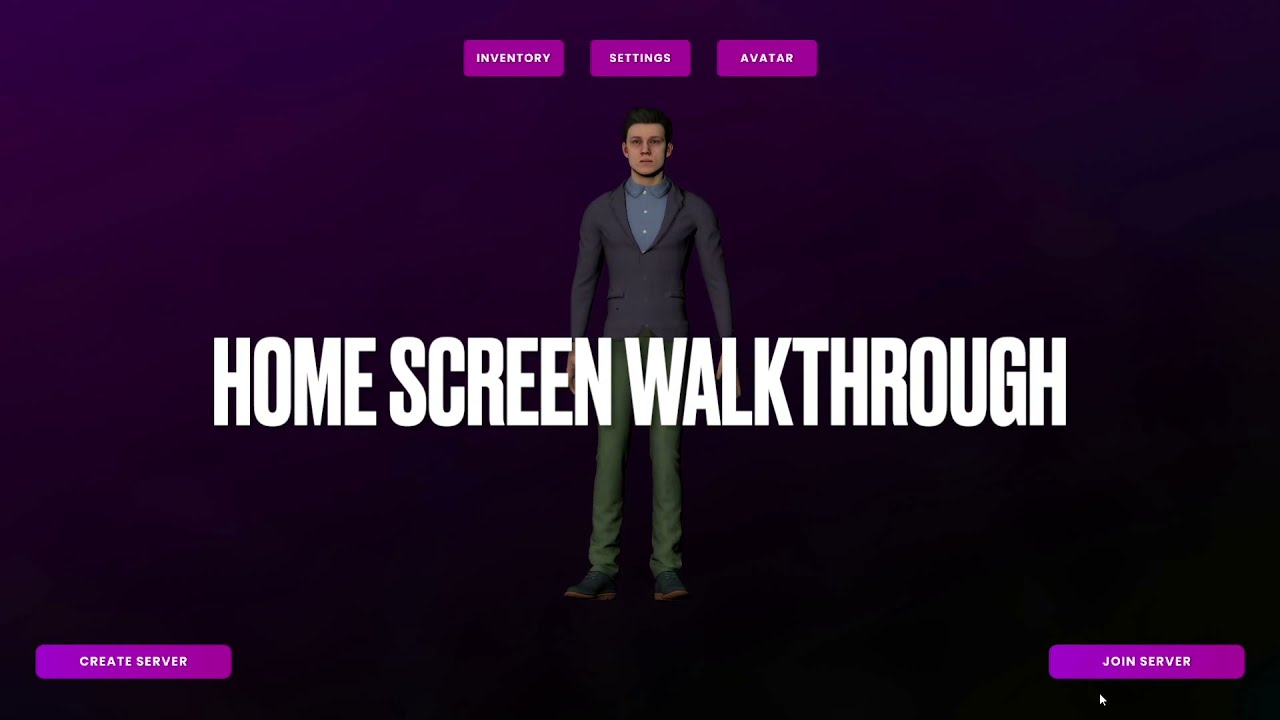 There is a lot of excitement behind Polkacity — even Lindsay Lohan shilled Polka city (though it’s unclear whether the tweet is sponsored). Gameplay of Polka City has already been released and fans are calling it the “Grand Theft Auto of the metaverse.” But I had to ask, “What happens if PolkaCity fails to live up to those expectations?"“If the game does fail, I would've still made my money back on the NFT and still made a decent profit on everything that I made after I covered my cost. There's always a risk,” Doyle said.

I purchased a PolkaCity NFT — here's what happened

I haven’t been as lucky as Crypto Sensei — at least, not yet. I decided to test what it’s like to purchase a PolkaCity NFT; I needed to see it to believe it. Unfortunately, all the high APY NFTs, including the gas station with the 358% APY, are sold out. I managed to secure a pitbull for 350 POLC (with 104% APY) while the token was trading at $1.77. As of this writing, POLC dropped by about 20 cents. That’s alright; I just wanted to see for myself whether the PolkaCity NFT game is a bonafide project — and it is. A grand total of 7 POLCs (about $11) will be deposited into my crypto wallet each week.

Of course, the value of POLC could skyrocket and turn my fortunes around. “I think once the game launches it will be at least five dollars,” Doyle predicted. At that point, I could sell it on Polka City’s official website or Open Sea (the world’s most popular NFT marketplace). But it could plummet, too, leaving me with a profitless pup. No worries, though; I never invest more than I’m willing to lose. So what’s the moral of the story? The metaverse is more mind boggling than you thought — it’s not just a virtual plane where you can interact with others while hiding behind 3D avatars. It’s so much more than that. I was limiting myself to perceiving the metaverse from a consumer mindset (e.g. buying metaverse apps and exploring virtual worlds), but there’s a whole ‘nother aspect that flew over my head — you can be the one running sh** (instead of being the consumer) with life-changing passive income. PolkaCity’s CEO Carmelo Milian said, “I want to build a metaverse with a virtual economy where the line between virtual reality and real life is so blurred, we no longer need to have a job.” I can’t say for sure whether this hazy fusion of the physical and virtual worlds will have a positive effect on our society, but all I know is that it’s inevitable. Will you adapt, or will you get left behind?