Facebook wants to build a metaverse. Microsoft is creating something even more ambitious. 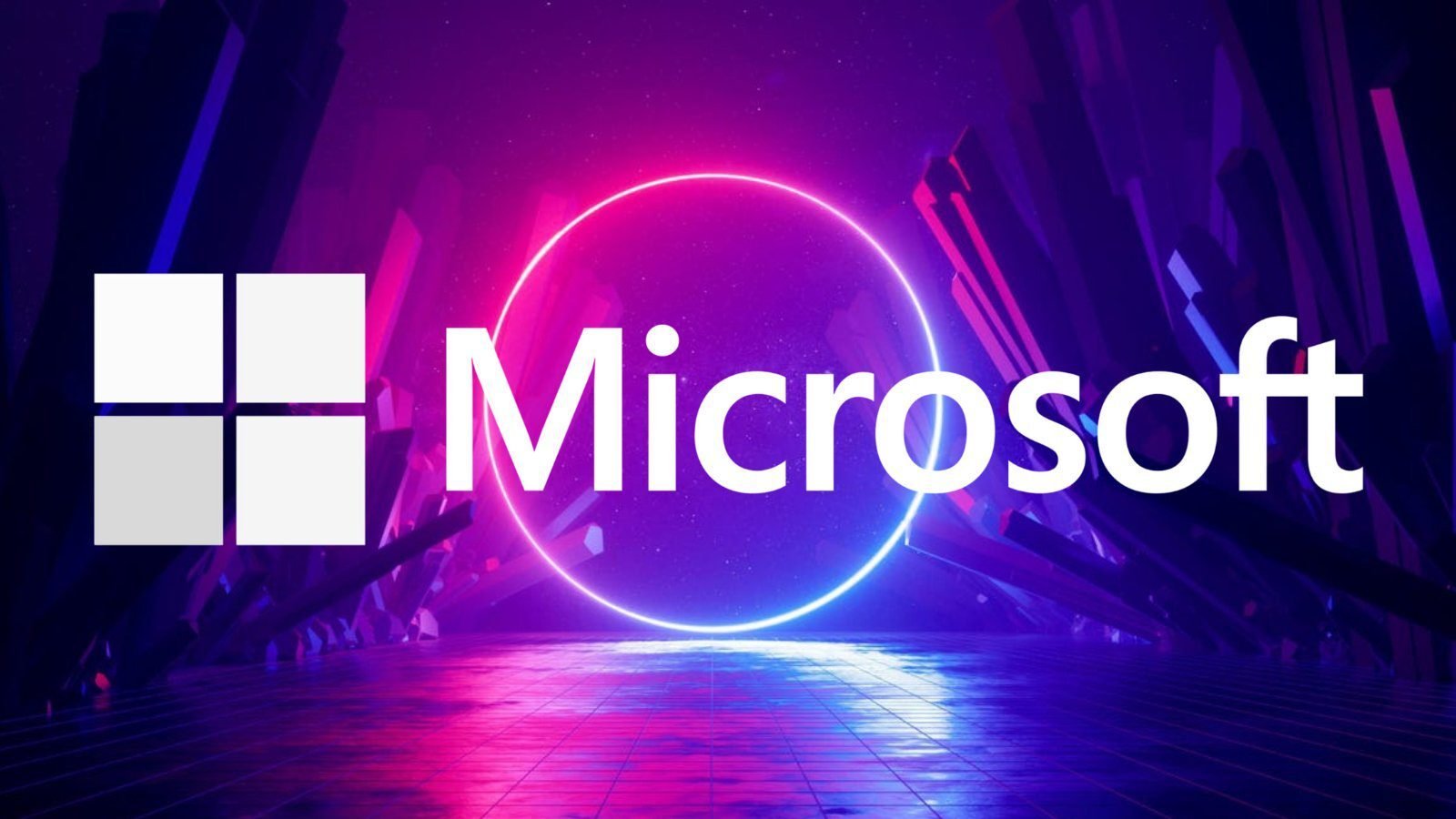 Microsoft Teams has 250 million users worldwide. And starting in 2022, they will be able to take meetings in virtual spaces, by donning virtual-reality and augmented-reality headsets.

Instead of simply streaming live video, people will be able to appear as cartoon avatars of themselves, with facial expressions expressed in real time, including smiles and frowns. And yes, they have permission—you have permission—to get as angry as your little cartoon heart desires. 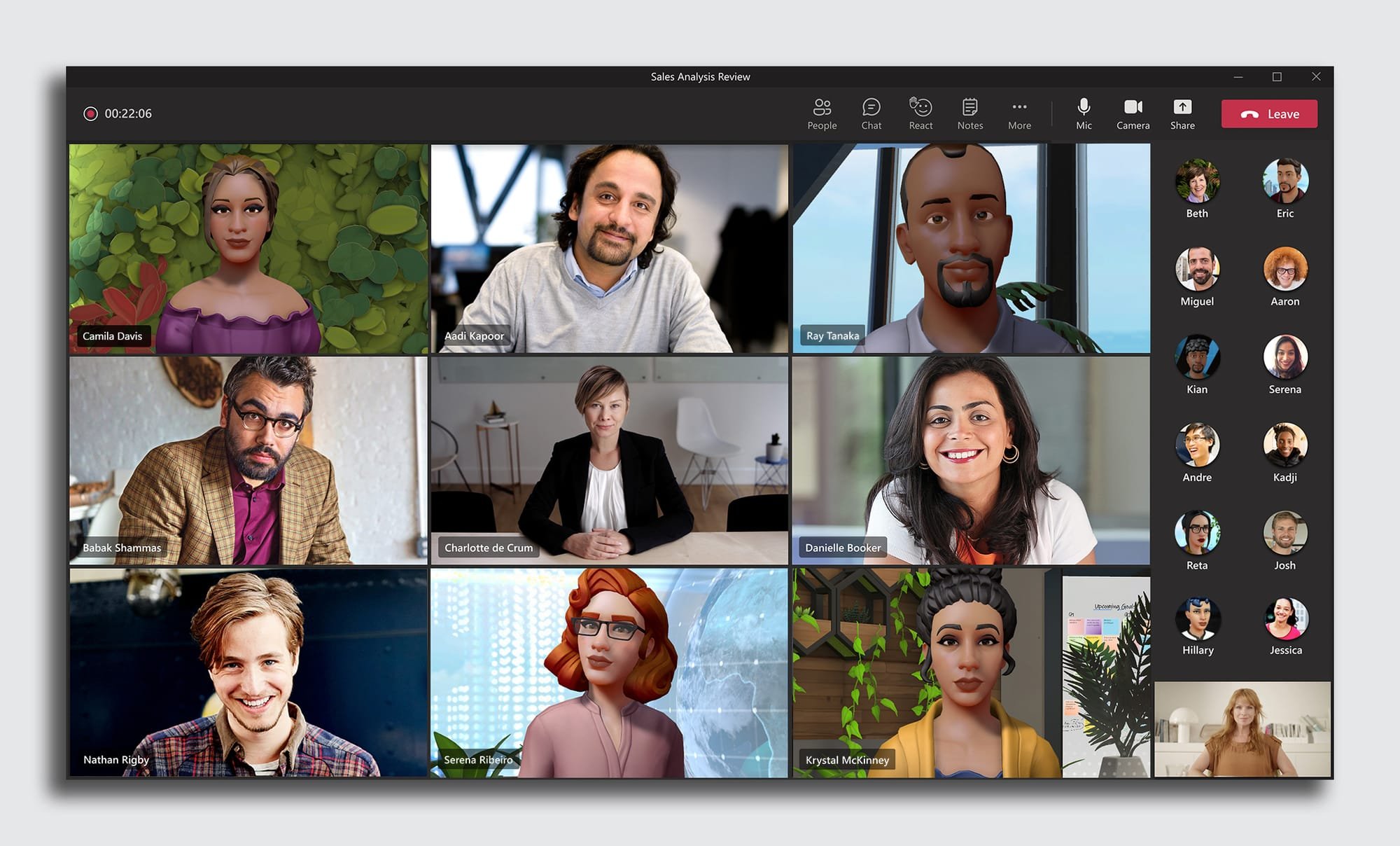 “You can be pissed off,” promises Alex Kipman, technical fellow for AI and mixed reality, with a laugh after I pester him on this topic for a couple minutes. And that single gesture encapsulates a lot about how Microsoft is looking at the future of work—and the future of just about everything online in the era of the metaverse.

Microsoft has been developing its own take on the metaverse through Mesh for several years now in conjunction with the launch of its Hololens AR headset. But so far, just what Mesh is has been pretty tough to grok. That’s mainly because Mesh is a foundational technology: It’s the way Microsoft connects people across any device (smartphones, laptops, headsets, etc.) into shared spaces where they can all interact, no matter how they may have dialed in.

Now, with Microsoft announcing today that Mesh will come to Teams in 2022, we’re getting our first, definitive peek at what that will look like within a popular application.

Facebook/Meta’s own metaverse platform, announced last week, has definite similarities to what Microsoft is showing today. Companies can make their own 3D-branded spaces on both platforms. People’s avatars are cute and cartoony on both, too. But Microsoft leaders are forthright in drawing a line in the sand between Facebook/Meta’s approach to the metaverse and their own—because while Facebook/Meta wants to own the metaverse, Microsoft would rather power it. 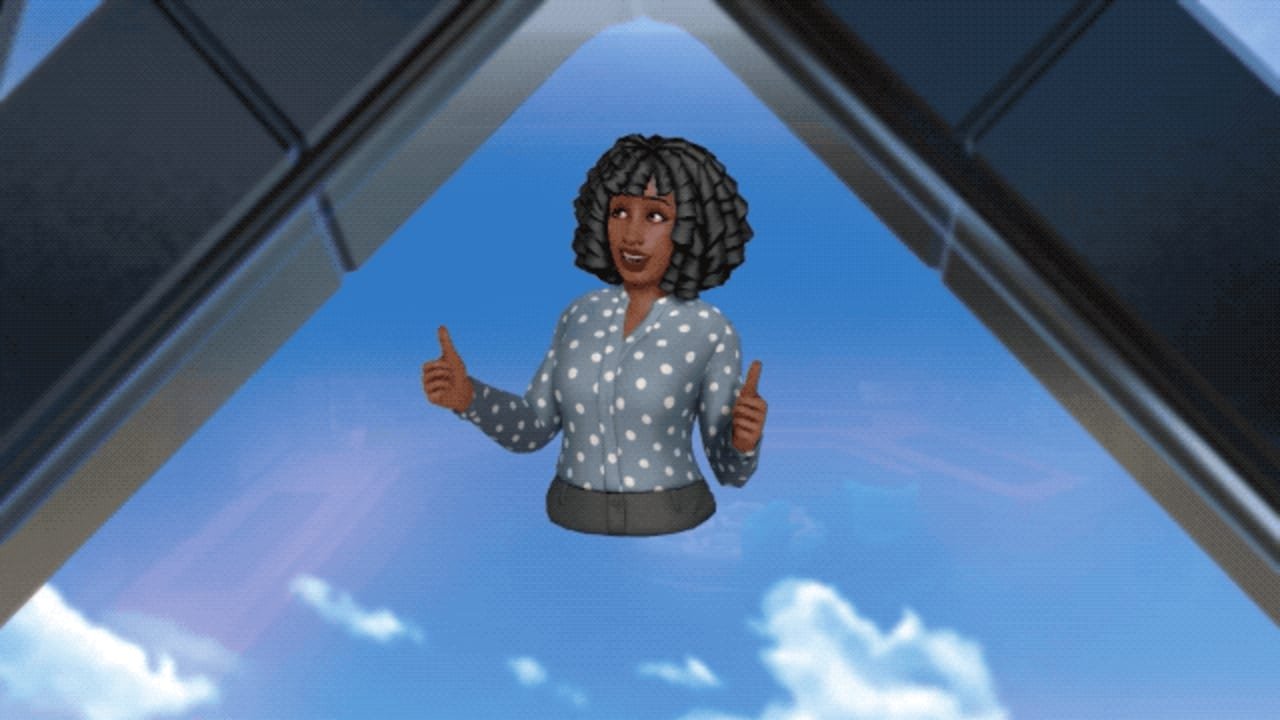 “There’s a world out there that thinks there will be a metaverse, and everyone will live in ‘my’ metaverse. That, to me, is a dystopian view of the future,” says Kipman. “I subscribe to a multiverse. Every website today is a metaverse tomorrow. What makes the internet interesting—opposed to [old platforms like] AOL and CompuServe—is linking between websites.”

Microsoft imagines Teams as a prototype for the metaverse, where companies can set up their own spaces. Rather than rule its own metaverse as Meta/Facebook aspires to, Microsoft sees its role with Mesh in providing the foundational glue that helps hold a multiverse of worlds together. This is not just a philosophical view of technology. Microsoft’s Mesh is built to allow companies to use APIs, much like apps can on the iPhone today, to help a company build its metaverse and have a persistent identity across all these metaverses.

“We win in our strategy if we have infinity metaverse[s] out there as opposed to a few, or one,” explains Kipman.

Mesh for Microsoft Teams offers us a glimpse into what metaverses could look like. As a pilot partner, Accenture has been onboarding tens of thousands of new employees during the pandemic inside a virtual global HQ (Accenture actually has no physical global HQ). HR staffers spend two days acclimating new employees through interactive workshops, which include your more typical conference rooms, but also a Phishing Pond to teach about identity scams and a Leaderships Essentials Mountain that they climb to learn about the attributes Accenture looks for in leaders. New employees can even take a virtual photo with one another.

“It may sound corny, but people like it,” says Ellyn Shook, chief leadership and human resources officer at Accenture. “It’s much better than being on Teams and having an instructor talking to you for two days.”

Corporate metaverse spaces will vary in size and scope, depending on how much development companies invest in their digital real estate. What will be more consistent is the user side of the experience: specifically, how your own avatar can interact with these metaverses. And the rules of engagement Microsoft is developing for how you appear in the virtual world is perhaps even more important than that world’s design. 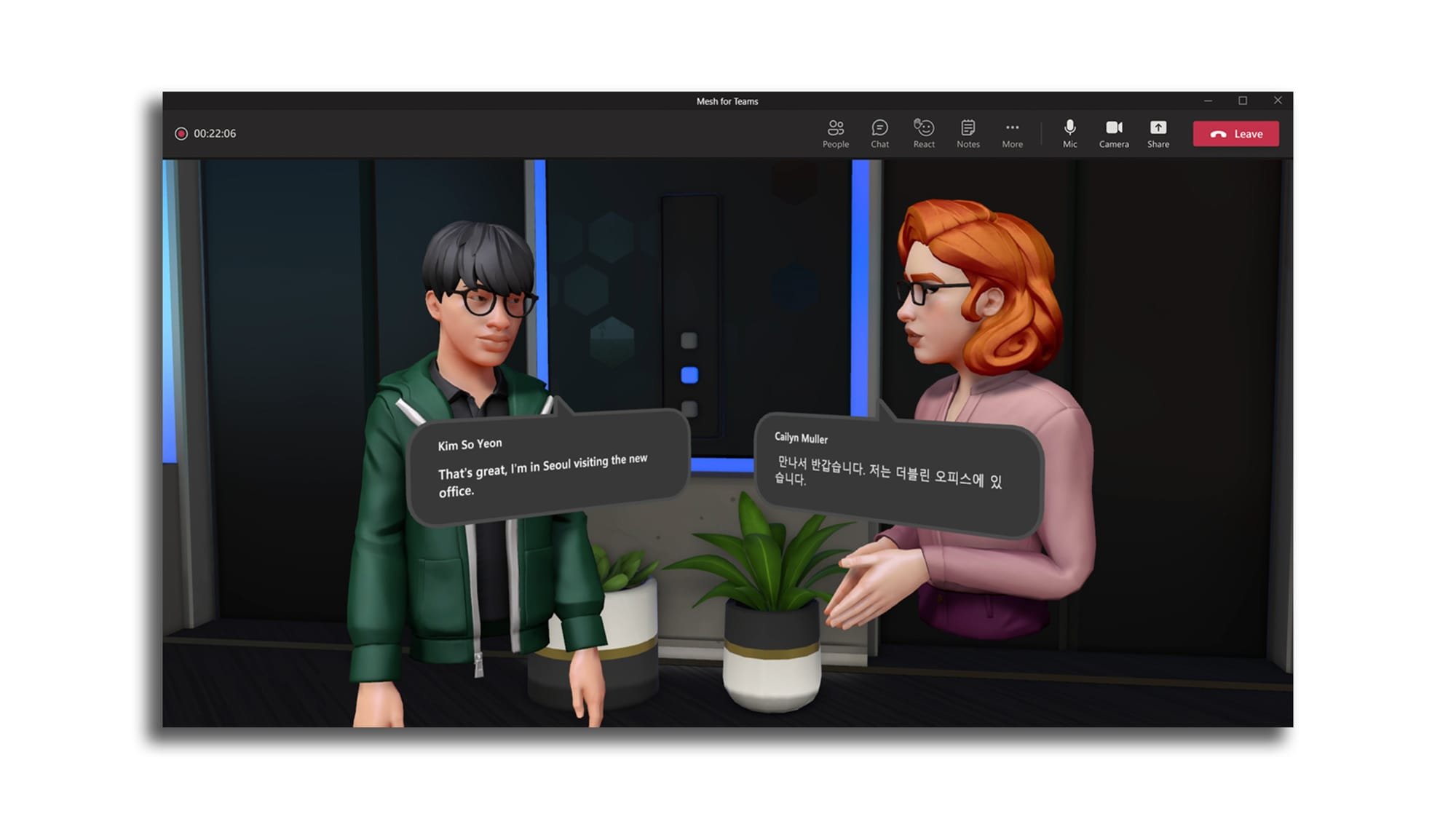 WHY USE AN AVATAR AT ALL?

Microsoft’s anchoring philosophy with Mesh is that you can come, not just as you are, but as you want to be. As mentioned earlier, you will be able to dial in to Teams with your webcam or phone as you could before. But you can also opt to appear as a cartoon avatar of your own design.

If you are on an audio-only call, Microsoft uses software to translate your spoken words into proper mouth shapes. This speech also drives accompanying gestures and expressions. If you have a webcam available, Microsoft can use that data to map these expressions with greater accuracy.

My first question to Microsoft’s leaders was, why do we keep seeing cartoon character avatars in virtual spaces? Are they useful? Or are they a smiley veneer that’s draped over actual communication?

The cartoons serve several important functions—especially for those of us who prefer not to be on camera all day.

“Today people face a very binary choice as they join a digital meeting. They have to choose if they have their cam on or cam off,” says Jared Spataro, corporate vice president of Microsoft 365 and Teams. “Cam on means you’re front and center, people see your every move. Camera off means you emit almost no social cues, and it’s hard to project a feeling of being engaged in the meeting.”

Indeed, we’ve all wondered if that colleague who is muted with the video off is really in the meeting at all. Microsoft’s own human-factors lab has tested these extremes. They’ve strapped EEGs to people’s heads and seen them get digitally exhausted by appearing on video. They’ve also found that when you have an avatar, 70% of other people in the meeting feel that person was present.

The choice of a cartoon avatar is simply the best option we have to present a 3D human body for the level of graphic technology we have today, Kipman says. Microsoft’s cartoony avatars will be able to project your own body language, mapping your movements through a webcam or other means.

The avatars appear sophisticated enough that they mimic facial expressions—and Microsoft doesn’t want to mess with those. “You need to [be able to] represent yourself in an authentic way,” says Kipman. “That’s inclusive of frowning and being pissed off. The point of agency is important. Because as a business and emotional construct, it’s important the avatar is representing you in the most authentic way possible.”

It’s also important because Microsoft hopes that you’ll take your Mesh avatar out of Teams, and out into the multiverse. The Mesh APIs accommodate for this possibility, and they balance both your own persistence of identity with the rules and regulations that might be built into any different metaverse you visit.

Kipman imagines that you (and your avatar) might attend a virtual concert on a Sunday night, and pick up a T-shirt. The next morning, your avatar should be able to go into work on Teams, in that T-shirt. Well, if it’s appropriate. Each individual metaverse can impose its own rules.

Perhaps a DoD dress code doesn’t seem so notable at first glance, but Kipman explains that a PG-rated metaverse could establish rules and norms around certain avatar choices, ensuring there are safe spaces for families as well as adults—a challenge which the internet has failed pretty spectacularly at today. Of course, Mesh for Teams is still in the works, and many of its features have barely been detailed. But it’s clear that Microsoft is trying to strike a balance between earnest self-expression and reasonable regulation. I’m personally not entirely sold on augmented reality meetings. But a more civil internet sounds like utopia to me.