What is the metaverse? and how does it work? 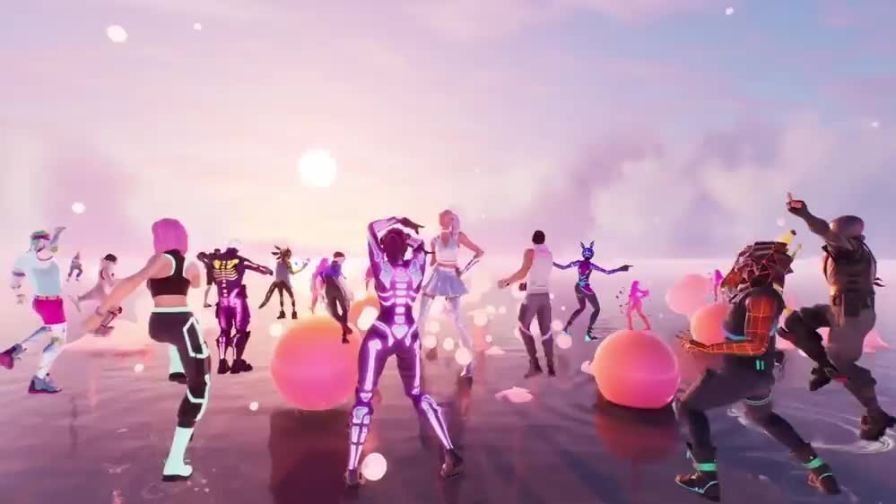 Despite its newness, the metaverse already appears to be everywhere.

The recent rebranding and investments by Facebook, or, Meta, sparked a new wave of interest in the metaverse. It's all over the news, in memes, on gaming platforms, and on social media. The word's growing ubiquity is creating a sense of impending doom, as if our physical lives will be engulfed in corporate pixels and paywalled interactions at any moment. However, games like Fortnite and Roblox have been hyping the metaverse for years, and the term itself is decades old.

So what exactly is the metaverse?

Mark Zuckerberg's version conjures an image of virtual everything: You attend work meetings as an avatar using the Quest VR headset and use a device on your wrist to secretly text friends. When you go outside, you'll wear smart glasses that offer an augmented reality and record what you see and hear. The metaverse will be accessible through phones, computers, wearable tech, and headsets (or a combination of these) and it will be where you work, shop, exercise, socialize, watch movies, and game.

However, the term predates many of the technologies that could make it a reality. The suffix meta- can mean "behind or beyond," "more comprehensive," or even "transformative," among other things (like metamorphosis). The second half of the word -verse is derived from the word "universe" and refers to a specific sphere or area (such as the Twitterverse) or a fictional world (such as the omega verse (sorry!), a speculative alternative universe literary genre in which characters are divided into alphas, betas, and omegas). The term "metaverse" is used to describe a virtual world that exists beyond, on top of, or in addition to, the physical world.

They coined the word in a 1992 dystopian sci-fi novel, Snow Crash, written by Neal Stephenson. In the book, the Metaverse is the sum of virtual and augmented realities concentrated on a super long "Street" through which people walk as avatars and can access using goggles and plugging into terminals. Public terminal users are rendered as blurry black and white avatars, while those who pay for private terminals are rendered in full color and detail. Since then, the word "metaverse" has been used to describe all kinds of initiatives focused on creating a more permanent virtual reality that bleeds into our physical lives.

People have been attempting to create immersive virtual worlds since the 1960s, a pursuit fueled by the film and video game industries' efforts to create worlds. Second Life, an alt-reality computer game where you play through an avatar and can do just about anything — like build a house or get married — was created in 2003 and is one of the most-cited examples of metaverse. It was such a realistic world that there was even a thriving kink scene–it gets no more realistic than that. There were enough serious metaverse enthusiasts by 2006 to convene a summit. 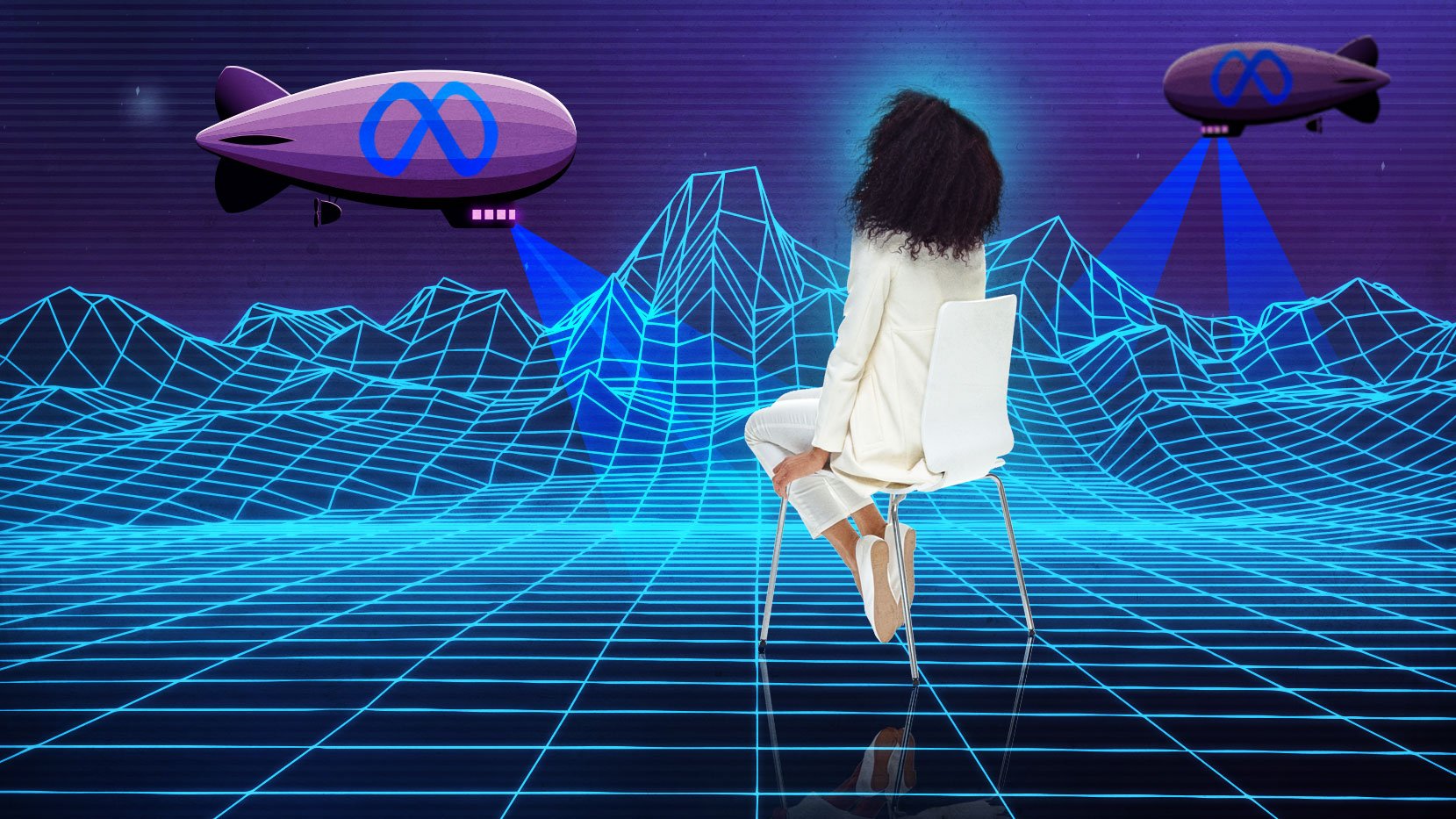 That summit created the Metaverse Roadmap, a project that mapped the path to completing the metaverse. The Metaverse Roadmap defines the metaverse as "the convergence of virtually enhanced physical reality and [a] physically persistent virtual space." In other words, it could look like a second world layered over the one we know through the use of augmented reality besides a virtual space we can come in-and-out-of, like the video game in Spy Kids 3. Think Snapchat filters or that Google feature that lets you see life-size 3D models of animals. The Metaverse Roadmap explains that, "the Metaverse wouldn't be the entirety of the Internet–but like the Web, it would be seen by many as the most important part."

Many of today's evangelists will insist that, for the first time, we have the technology, protocols, and infrastructure to step on the gas and make it real. It's said to be the next logical step after mobile internet. Virtual reality, augmented reality, Zoom meetings, social networks, crypto, NFTs, online shopping, wearable tech, artificial intelligence, 5G, and more are all explored in the metaverse. It's said to be the future! Because the future is unavoidable, it must be good, right?

Mostly, many of the people exalting the virtues of the metaverse and insisting it's the logical next step, are Silicon Valley voices, futurists (the Metaverse Roadmap's John Smart) and all kinds of actors with financial stakes in the fruition of the metaverse. Mark Zuckerberg is definitely one of them, and so is Matthew Ball, a venture capitalist–and prolific writer–who has given us one of the more useful definitions of the metaverse and will soon publish a book on the topic.

The metaverse, according to Ball, is "a vast network of persistent, real-time rendered 3D worlds and simulations." Ball's metaverse should be able to maintain continuity of identity, objects, history, and payments, and it should be able to be experienced by an infinite number of people at the same time, with each person having their own sense of presence. The metaverse is a persistent virtual reality that allows users to be present, and it's a place where blockchain technology could be used to pay for items we can bring with us through various experiences:

Imagine being able to use your Animal Crossing Sandy Liang fleece in your Twitter and Instagram profile pictures. Ball's metaverse is growing and changing all the time. 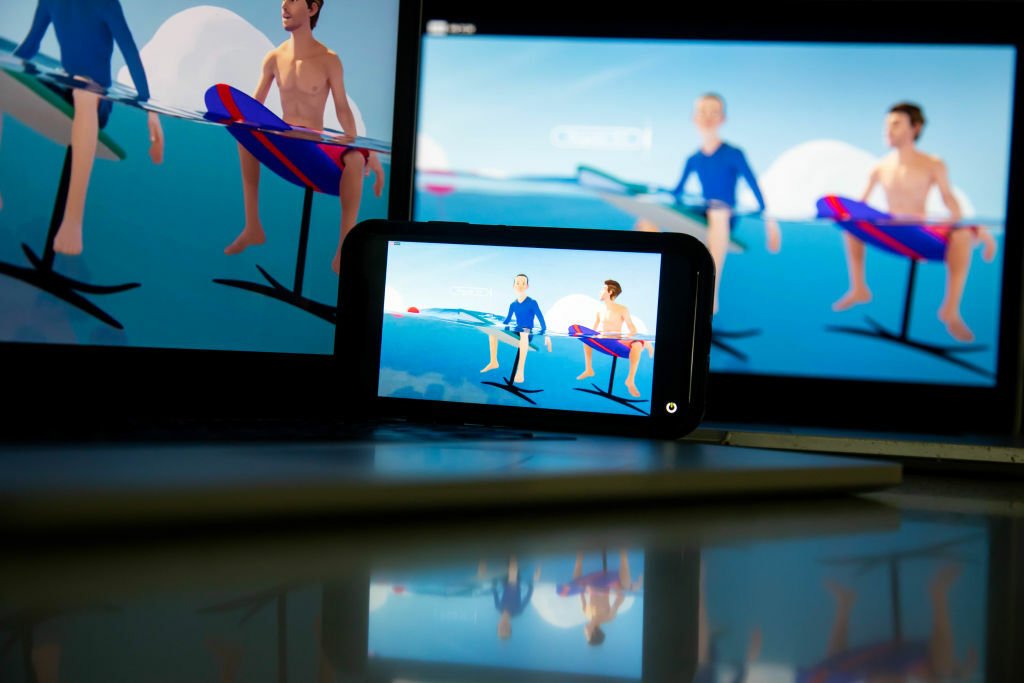 An avatar of Mark Zuckerberg in his version of the metaverse. Credit: Bloomberg Via Getty Images

Ball's metaverse has an enormous influence on Zuckerberg's. Zuckerberg's avatar moved from platform to platform in his Facebook Connect presentation, wearing the same black t-shirt to show "continuity of identity and objects." Zuckerberg's metaverse is well on its way to hosting an infinite number of people, with nearly 3 billion Facebook users. Throughout his presentation, Zuckerberg emphasized how each aspect of the metaverse would create a "sense of presence."

The most important thing to know is that the metaverse is not real.

The most important thing to know is that the metaverse is not real. Zuckerberg has clarified that for him, the metaverse is a goal and for many investors, engineers, academics, and futurists, it's been a long-time goal. But Zuckerberg's plan was not well-received. People hate it, and there is zero faith in Meta's metaverse's potential to do anything but immeasurable damage to the point of calling it a dystopian mess. The metaverse is an idea—for some, an exciting one and for others a very scary one.

Rhizome, a nonprofit art organization leading efforts to archive digital art and culture, held a conference called Welcome to the Metaverse, in which artist David Rudnick noted that, "the notion of the metaverse is the ultimate centralization" something that runs in stark counter to so many of the hopes of democratization we once had for the internet. Rudnick notes, "when you hear people talk about the dream of the emergent metaverse, they're really talking about a space where you'll be able to do everything [in a virtual world]," a commercial public space, "that can derive value or some sort of ownership from all the interactions that take place on the platform."

Fears and concerns about the metaverse are, at their core, concerns about scale. Any expansion of the virtual world's negative aspects is likely to amplify them. What would it mean if a handful of for-profit companies mediated so many crucial interactions? If Meta's current social media dominance is any sign, there isn't much reason to be optimistic.

Governments have a history of being slow to understand, let alone regulate, technological developments. Can a government that doesn't know what a finsta is entrusted with keeping the metaverse safe, ethical, and sustainable be trusted? What would the human and environmental costs and benefits be if this were pursued?

For the time being, the metaverse is mostly a fantasy, a speculation, and a fantasy with many gaps for the chill winds of the unknown to blow through.