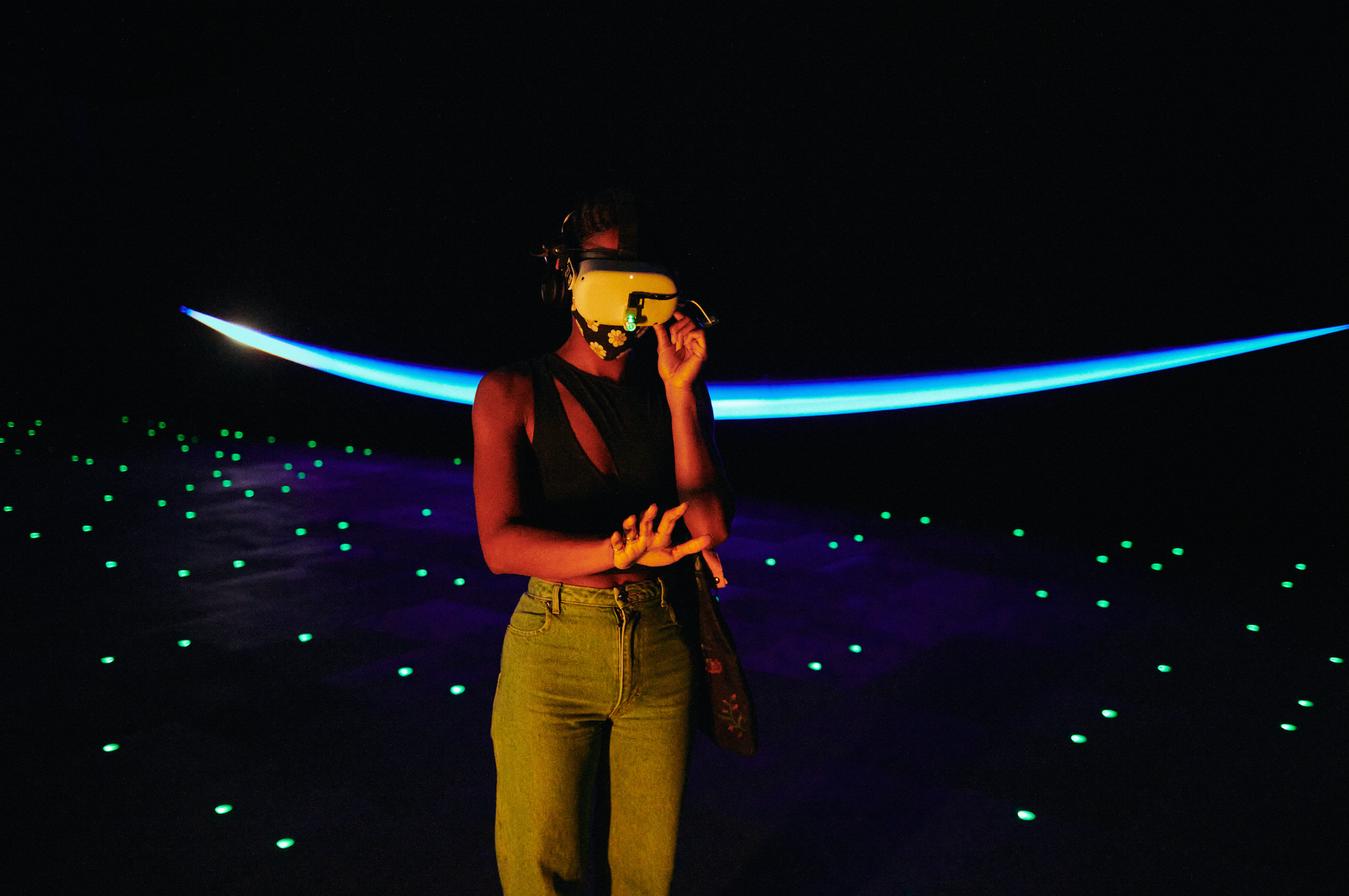 Some astronauts say the experience of traveling to space causes a shift in their perception of their world, a deepened feeling of interconnection with humanity sparked when they look down upon the Earth from so far above it (it’s called the “overview effect”). Looking out through the cupola of the International Space Station (ISS) and down onto the planet’s surface 250 miles below for myself, I’m inclined to believe them. A profound mixture of discovery, awe and comfort bubbled up inside of me when faced with that view.

The thing is, I’m not an astronaut. Even if space tourism is making headlines this summer, only the luckiest or richest among us will actually get to experience such a magnificent view firsthand—but it’s been made accessible to all through The Infinite, a virtual reality (VR) exhibition that makes you feel like you’re an ISS crew member. The world’s largest VR experience to date using the largest production ever filmed in space as its core material, The Infinite takes visitors on an hour-long journey by using 360-degree, 3D footage from the VR film Space Explorers: The ISS Experience, a Primetime Emmy-nominated virtual reality series produced by Felix & Paul Studios in association with TIME.

It took the team behind The ISS Experience—the third part of an ongoing four-part series—half a decade to plan, coordinate and create the film, with help from NASA and other space agencies. The team designed two types of cameras required for the production and sent them into space: One model is compact enough for the cramped quarters of the ISS (a pressurized zero-gravity environment), and the other is a tank-like model capable of operating in the vacuum of space, able to withstand extreme temperature highs and lows caused by direct sunlight—and the lack of it.
For all of its technical achievements, The ISS Experience is built on human moments. “When we started this project, we wanted to capture the human experience, to see it through a genuine and intimate connection with the astronauts,” says Felix & Paul Studios co-founder and Creative Director Félix Lajeunesse. The crew was instructed to relate to the camera, thereby becoming both the subject of the film and their own film crew. Scenes run the emotional gamut from shots of highly-trained scientists playing football in zero gravity and dressing up for Halloween to explaining the physical training they must undergo to reduce bone density loss or waxing philosophical about the nature of purpose and belonging.

If The ISS Experience is the film, consider The Infinite to be its grand augmentation: a 12,500 square-foot “theatre” that deepens viewers’ immersion into the simulated experience of low-orbit spaceflight. It’s a multisensory combination of architecture, a dizzying art installation commissioned from Japanese artist Ryoji Ikeda, and VR presentation that turns The ISS Experience into something concrete to experience beyond a screen. Designed by the scenographers and storytellers of PHI Studio and currently on display at Arsenal Contemporary Art in Montreal, Quebec, participants are directed to explore instead of staying still and passively observing—something that’s most apparent when entering a free-roam area filled with a giant model of the space station to wander through simultaneously with other visitors. It’s one of the many ways The Infinite turns its source material into a shared experience.
“It’s the intimacy we have an opportunity to witness that I find comforting,” says Phoebe Greenberg, The Infinite chief creative officer and the founder of PHI. “There’s such a vastness to the amount of people that’s required to get these elite people to space, and from what [The Infinite] demonstrates, [they] are still human and bring the quotidien to space. It makes them all the more relatable, and we don’t get that lens from other media. It’s the intimacy, and we feel the presence of those astronauts.”

“The main challenge was finding the right way to position the ISS in the space, to make sure that people are able to keep a certain distance from each other and track them throughout,” adds Julie Tremblay, PHI Studio’s executive producer for installations and touring exhibitions. “Through monitoring, the staff can see who’s on the floor, if their headsets are on, the battery life of the equipment, to detect and fix technical problems, all to create something seamless.”
And it is: While experiencing The Infinite, people in the same section as you show up as cosmic avatars walking about. It’s an elegant solution to keep visitors from accidentally bumping into one another, but it also acts as a reminder of where you are—the experience of looking up at the stars overhead or down onto the Earth for a taste of the overview effect is your own, but by being aware that others are around you, it transforms into a communal environment that blurs the lines between the physical and the digital.

We tend to think of those worlds as separate, but in The Infinite, they are combined to achieve a sense of connectivity. It’s about connecting to one another through technology, through emotions, through artwork and design, and—perhaps most of all—through an unforgettable view from aboard the ISS that connects visitors with all humankind.