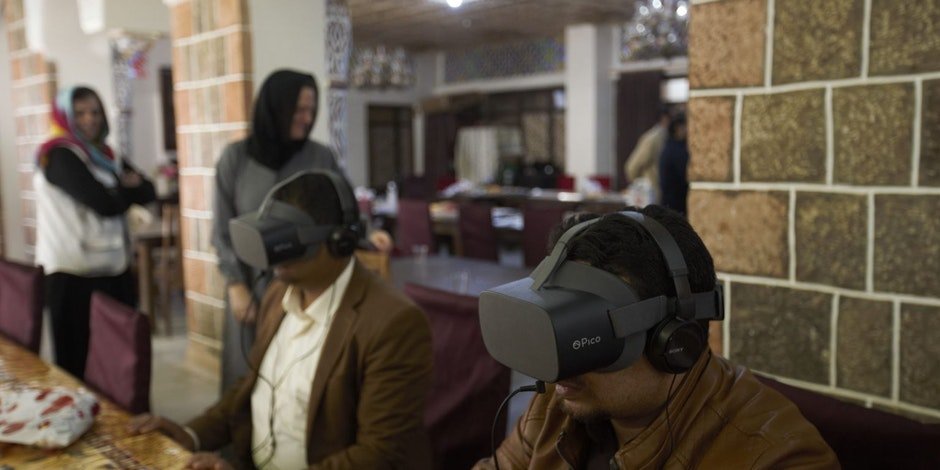 One Shot Immersive and Foolproof won the ‘Most Effective Use of AR and VR’ category at The Drum Awards for the Digital Industries 2021. Here, the team behind the winning entry reveal the secrets of this successful project...

Project Yemen was conceived from the fact that there are only four surgeons for every 1 million people in the country. Compare that to 345 surgeons per million in the UK. This means that if a person is injured in Yemen, they will likely turn up to a hospital that does not have a surgeon at all.By creating the experience, One Shot set out to improve mass casualty triage in austere and high threat environments, and to contribute to the better provision of medical care globally – but in particular in the Middle East and Africa.Foolproof set out to assess the effectiveness of the current VR solution created by One Shot and to provide suggestions on developing the product roadmap.

One Shot Immersive teamed up with the David Nott Foundation to design what this product might look like. They went through hundreds of previous cases that David Nott had seen in war and built a script around real patient stories. The scenarios were based on real life events. The imagery was real and taken from David‘s own archives. Foolproof, supported the ongoing product development of One Shot Immersive’s VR training experience, devised to supplement essential medical training in war-torn regions. 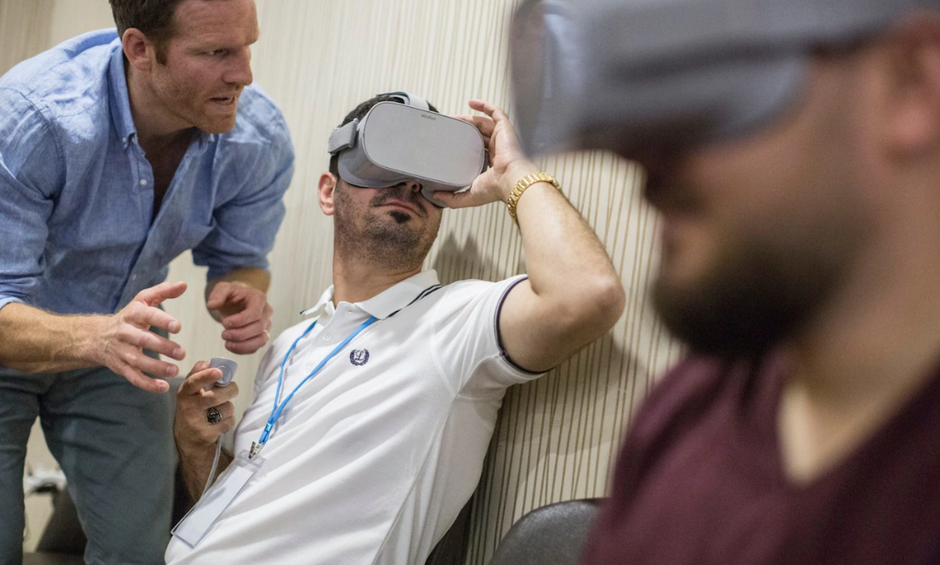 The experience places the user in a mass casualty situation. The user is the triage officer, asked to decide what priority to place patients in who come rushing through the door. They are asked to prioritize using International red Cross guidelines for triage from Cat 1 to Cat 4. This is about doing the most, for the most. Some will therefore not survive. It is hugely challenging and is perhaps one of the hardest decisions for a health professional to make. Who lives and who dies.In 2019, medical design, scripts, auditions, software, UX and focus groups were established ready for filming a 360 film over two nights in a working hospital in Wales with 55 people on set.In 2020 after the experience had been distilled, Foolproof created a bespoke measurement framework and benchmarks for the product. They provided detailed product recommendations to better serve both medical trainers and trainees. They then created a survey conducted with doctors in Yemen and used this to measure the confidence levels of users. Initially, we focused on headset configuration and messaging. These questionnaires were translated to Arabic, with the David Nott Foundation Team carrying out the field testing, interviewing users.Foolproof then moved on to the VR experience itself which is vivid and akin to the frontline. They got under the hood of the experience to highlight any difficulties faced by users. One user consideration, taking the graphic content into account, was motion sickness and discomfort. Another centered around learning and whether content delivered on that front, questioning its technical wording and overall delivery.

Finally, Foolproof asked participants to distill their learnings, touching on the retention of information and document their psychological response to the headset and content experience.

Our work has amazing impact, including the following:In January 2020, 60 Yemeni healthcare staff train for mass casualties using One Shot VR software. A world first. In real terms, it means six Yemeni healthcare staff are now not only equipped to go back to their hospitals and deliver triage when the worst happens, but empowered to teach their colleagues the ICRC triage methodology. Through VR they have experienced real life scenarios, made vital decisions, and learnt lessons in a safe environment.Since then, the success of showing that this kind of technology can be used in the most dangerous and austere parts of the world has raised the interest from other large organizations who are struggling to make full use of what is now readily available technology. One Shot has pitched Covid-19 solutions to HMG Cabinet Office during the pandemic, NHS Wales, and the United Nations. It has also demonstrated capability to the London Fire Brigade in the wake of Grenfell, the Danish military looking to improve pre hospital and battlefield emergency care.One Shot Immersive joined a UK military exercise to assess the opportunity of a Nato compliant VR medical training platform.In the wake of the Sri Lanka terrorist attacks of 2019, and the identified shortcomings in trauma care delivery, One Shot Immersive has also teamed up with, and are still working with, established organizations to deliver remote training in Sri Lanka using VR. These include McGill University and Imperial College London through a partnership with the Amelie and Daniel Foundation.So far, The David Nott Foundation have delivered 28 training workshops to 803 medical personnel, which is estimated to have impacted over 8 million people worldwide.

VR surgical training glasses AR Digital Industries
First-ever trials of smart contact lenses with augmented reality displays
Is it Possible for Me to Invest in the Metaverse?
Forget the metaverse — Labster raises $47m to build the ‘eduverse’