Why You Absolutely Must Invest In The Metaverse 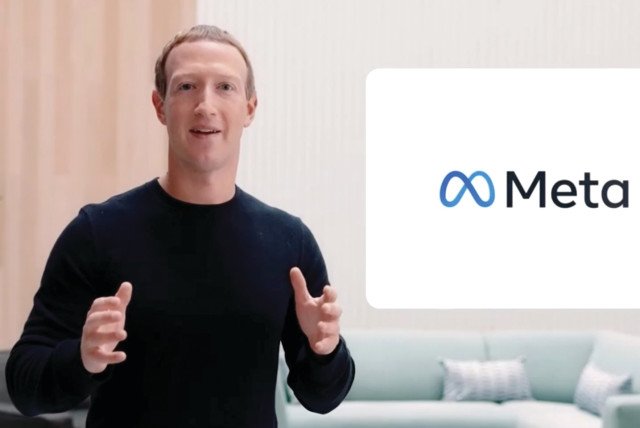 If you don’t know what the Metaverse is–think of it as a virtual world. There are many types of virtual worlds. Facebook wants to be the biggest one. Say what you will about Facebook’s foray into the metaverse (they’ll probably censor people in these new parallel universes), Zuckerberg’s move into this space shows that within the Big Tech juggernauts, this guy is ahead of the curve.

“The current, most popular ideas of the ‘metaverse’ we have today could be described simply as a place that one can visit via smart glasses or VR headsets where you find yourself in a computer-generated world – some fake forest or a beach somewhere or your office. The possibilities are endless,” says Guy Yanpolskiy, chief organizer of the biggest blockchain and NFT event in Gulf – the WOW Summit in the United Arab Emirates.

Yanpolskiy suspects the rest of the Big Tech will follow Zuck into the metaverse, as will the Japanese gamers at Sony and Nintendo.

Disney’s going in. This is so obvious. 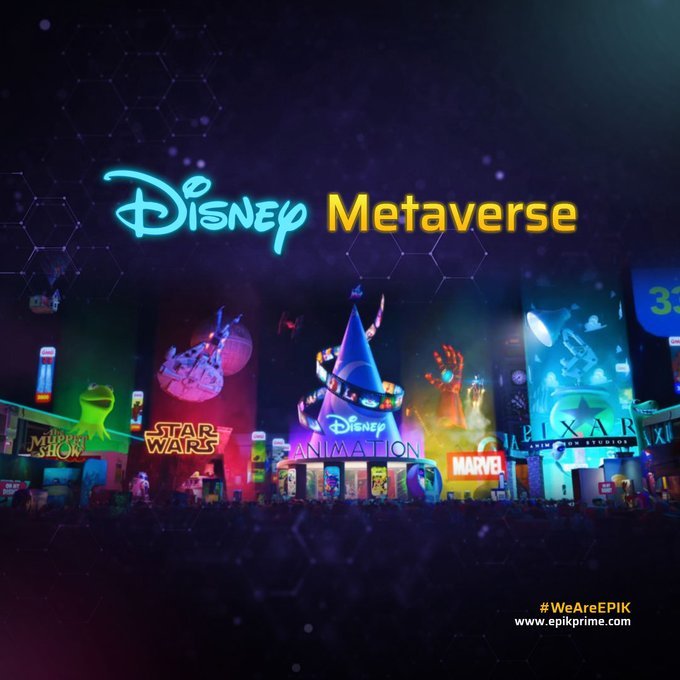 People are going to become addicted to these virtual worlds, and all sorts of nefarious sad things will happen in them (I’ve seen Caprica! This doesn’t end well for humanity!), but if I am wrong, maybe I should put some money to work in the meta-space, but I don’t want to fork over $340 to own a single share of Facebook. There’s got to be something better, and of course there is. Blockchain platforms are sprouting up all over the place, designed to be the backbone of their own virtual world, where people play games or whatever, trade NFTs and cryptocurrency. It’s a wonder they will ever get off the keyboard.

“The metaverse trend offers immense potential to revolutionize our lifestyles and communication, and we’ve seen its development accelerate post-pandemic. But the metaverse is still conceptual and the race has just started,” says Shixing Mao , aka “Discus Fish”, the CEO and Co-founder of Cobo, a formerly Beijing-based crypto currency asset manager and custodian platform now based in Singapore.

Companies like Facebook are investing in the software and hardware to support metaverse virtual displays. The scalability of these virtual worlds have yet to go far on the blockchain outside of a few games or well-known platforms like Decentraland. I’ve never used it. It seems like the Sims. For games, this brings up a whole new segment of crypto for me – GameFi. Yes, I’ve heard of it. No, I don’t invest in it. I think I should start poking around. This is definitely a corner of the metaverse worth checking out.

If this is going to be a thing, how do we invest in the metaverse before the Cylons take it over?

“The best way to invest crypto in the metaverse are by buying NFTs,” says Mao, which everyone reading this knows to mean non-fungible token. An NFT is usually graphic arts, audio or video clips that give investors the chance to own a virtualized asset on the blockchain.

Everyone has heard that Decentraland’s native token Mana hit all time highs shortly after Facebook’s announcement. That was a pure momentum trade. Only the lucky got in on that one. Anyone that bought in on the hype has lost money since. It’s already back down to $3.20 as of Saturday.

Serious investors can buy the Grayscale Decentraland Trust as a metaverse play in that very same MANA token. Can you believe this is a thing now with Grayscale? It’s up over 1,000% since it launched in February. But there’s a catch, you have to be an accredited investor – which requires a $25,000 minimum investment. If you bought on day one of the fund’s launch, you’d now have $275,000 as of this weekend. Does this make you sick? It makes me sick.

How can us plebs get in on the action?

“One thing that’s noteworthy about crypto based metaverse projects is that you can earn tangible resources and assets in the metaverse, which can be exchanged for other digital and real-world goods,” says San Morales, chief operating officer for Myobu, a new GameFi project out of Spain. (Wow, I didn’t know Spain made things anymore.) “It’s the intersection of gaming and finance. You’ve seen it already with several blockchain projects where it is possible to earn a living merely by playing games. Think Axie Infinity (AXS) for example,” he says about the Vietnam-based blockchain game by Sky Mavis where you can make “money” in NFTs, then sell them for fiat.

Myobu started as a community token in June 2021 and is just starting to work on making a game for the metaverse. They plan to roll it out in stages on the blockchain, starting with a fairly simple trading card game, and moving into a full-blown immersive role-playing game in the later stages. The token is available on Uniswap.

The creation of metaverses will serve as a catalyst for the development of blockchain systems oriented towards decentralized governance, decentralized finance and smart contracts in general, thinks Roman Nekrasov, a serial IT-entrepreneur from Russia and co-founder of the ENCRY Foundation.

He has another way for investors to get into the metaverse: just buy the foundation builders.

“Think Ethereum (ETH), Polkadot (DOT), Solana (SOL), Cardano (ADA),” he says. “This is not only about blockchain systems for creating decentralized applications but also about infrastructure-building blockchain projects that are created for seamless transfers between blockchains. In my opinion, Polkadot is among those that are worth mentioning most,” he says. “Polkadot wants to solve a very important task — to ensure interoperability among various blockchains within one platform. The seamless transfers among blockchains will become a necessity one day soon. I think over the next five years, Polkadot…has a bright future.”

Social tokens are a type of cryptocurrency that is built around a community, influencer, or brand. They can be part of a metaverse or have nothing to do with it. It’s just another way to diversify your crypto portfolio so you’re not just owning Bitcoin, Ethereum and the classic alts like Filecoin and Litecoin.

“I’d buy AXS for its social aspect,” says Yanpolskiy, who was ranked this year as one of the blockchain influencers to follow by Hackernoon. “What we see there in terms of their community development is insane. They’ve built multi-billion-dollar, player-controlled ecosystems into games now.”

The idea behind the gamification of entire token ecosystems brought Yanpolskiy to make his own play-to-earn gaming guild, CGU.io. “Play to earn: the metaverse is calling” it says on their website with something like a pink flying pig crossed with a ram and a chicken on their home page.  They have their own token – CGU is the ticker – it trades at around $2 and change.

Yanpolskiy claims Crypto Gaming United now has 70,000 members in around 26 countries. In case you want to follow him on Insta, here he is.

I’d rather invest in these than play them. These virtual worlds look like a total time suck. Check out The Sandbox. This Mindcraft looking game has its own token – SAND. It started the year worth $0.03. It’s now priced at $2.7 and there is something like $2 billion invested in this token.

“Start buying and developing virtual land and assets,” says Joel Dietz, formerly with ArtWallet, and a founding member of Ethereum. “Get involved in a couple 100-times growth potential projects and spread your bets.”

Dietz is behind the Meta Metaverse, a new platform for building metaverses. It started in late October. “We just started issuing our own land sale after intense interest following Dubai blockchain week,” he said via his press office. The event ended October 18.

Cryptocurrency investors of today are likely to be the “masters of the metaverse”. The metaverse now has the potential to take The Sims to a whole new level. We are truly creating parallel systems of existence that will change how we live, how we interact with people across the world, and how we do business – meaning you can probably hire someone in the metaverse.  So you got fired in the new dystopia for wrong thing? Create a parallel universe in the metaverse and earn a living that way. Oh, it’ll happen. This is pre-Star Wars stuff going on here.

Nigel Green, CEO and founder of wealth manager deVere Group, says Facebook will hire a reported 10,000 people in the European Union to develop Zuck’s metaverse on its Horizon World’s platform.

“Facebook’s announcement once again underscores that the metaverse is not being seen by those-in-the-know as an ‘extension’ of the internet…but as its successor,” says Green.

As a side note, while this isn’t exactly all due to the metaverse, it is all due to crypto: Grayscale’s total assets under management is now over $60 billion, which is bigger than State Street’s STT -1.3% Gold ETF (GLD) GLD -0.7%, once the most hotly traded ETF around. Grayscale didn’t start launching crypto ETFs until around 2017. The SPDR Gold fund has been around since 2004. Mark Zuckerberg

blockchain Mark Zuckerberg Horizon metaverse
Lynx R1 ‘Ramping Up Production’ As First Headsets Ship
Apple's upcoming Metaverse headset could be years ahead of the pack.
23 Augmented Reality Trends to Keep an Eye on for 2023