How virtual reality will change trading for pros and everyone else 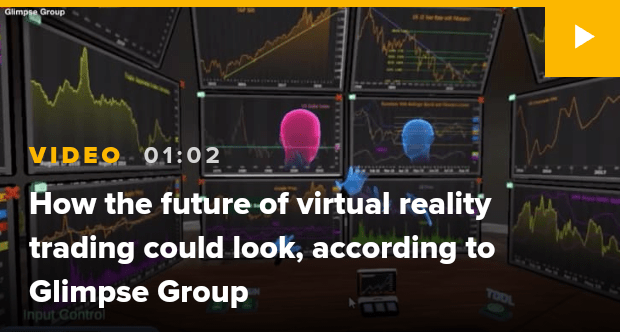 The work-from-home boom has given several virtual reality (VR) companies incentive to experiment with new ways of trading.While platforms are rapidly evolving and firms are putting themselves in a position to sell the new technology, it's not a big business yet — but many believe it will be soon. 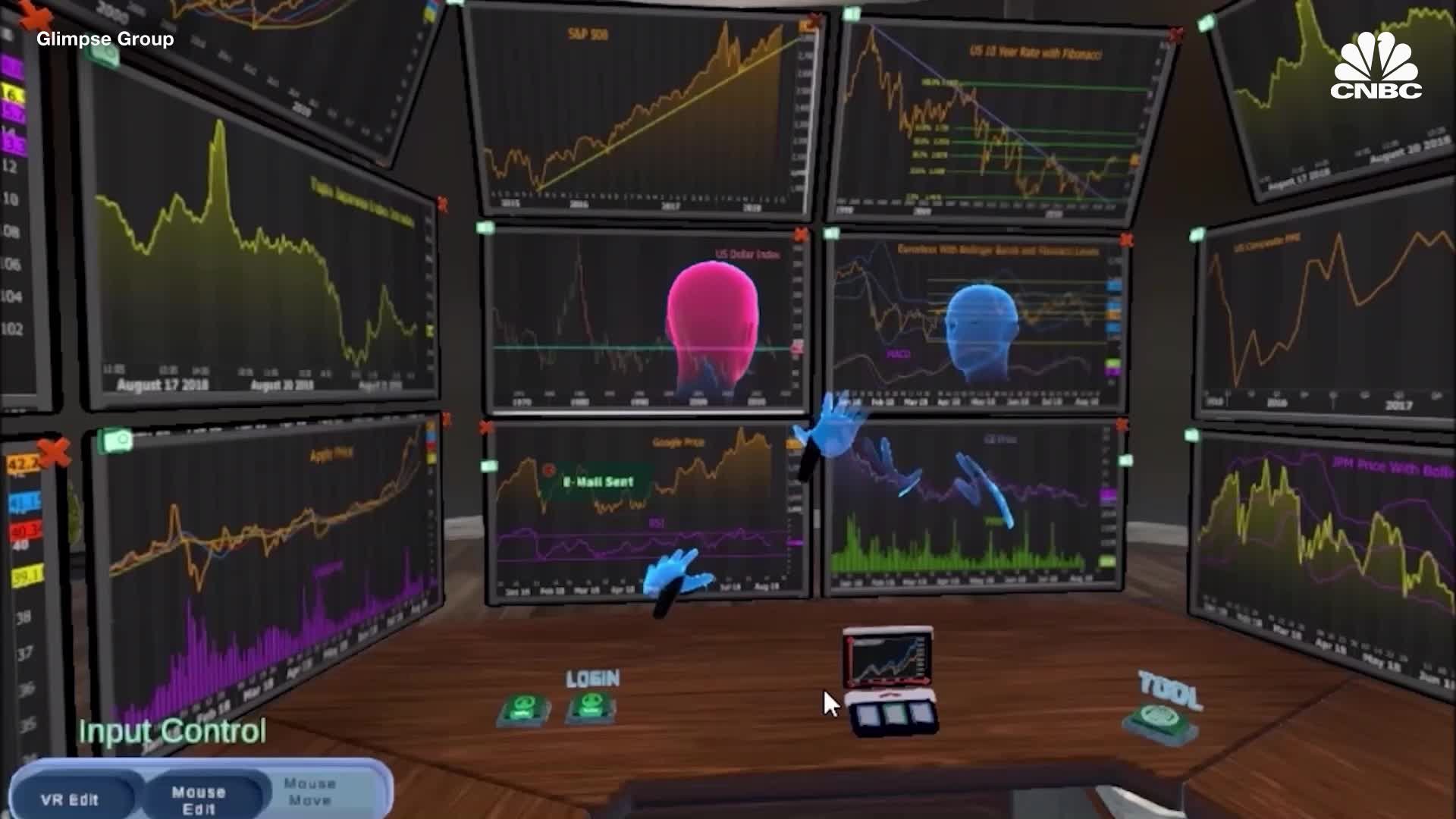 Glimpse Group is an umbrella company for several different VR businesses with real-world applications. The company went public last month and has eight VR groups in its portfolio, including telehealth, entertainment, and learning programs for schools and businesses.They're also focused on stock trading through a business called D6 VR. It was developed by former Morgan Stanley analyst Andy Maggio who told CNBC in an interview, "I believe VR will be the most transformative technology in our lifetime." While Maggio admits the technology isn't quite ready for prime-time, he says the quality of the technology is rapidly improving. "The resolution is double what it was five years ago, the hardware is moving forward very quickly, it's lighter and easier to use," he said.While several financial firms have experimented with the technology, none are making plans to tear down their physical trading floors anytime soon.Former hedge fund manager and Glimpse Group CEO Lyron Bentovim isn't surprised by the pace. "Wall Street is slow to adapt, but this is the future of trading," he said.Bentovim makes the argument that a trader can see usually six to eight screens at the most in the physical space. "You're limited," he said. With VR you'll be able to see and interact with dozens of screens and layer data upon data. "I can see a trader observing multiple trends and then immersing him or herself in the data without being constricted by physical limits," he said.

While Glimpse Group tries to make a name for itself in the space, it isn't the first to enter. FlexTrade, which specializes in creating software for financial companies, presented its first VR program for traders at a 2017 conference. "Traders just don't have enough real estate on their desk," said Managing Director Andy Mahoney. "We can do better than a keyboard, screen and a mouse." 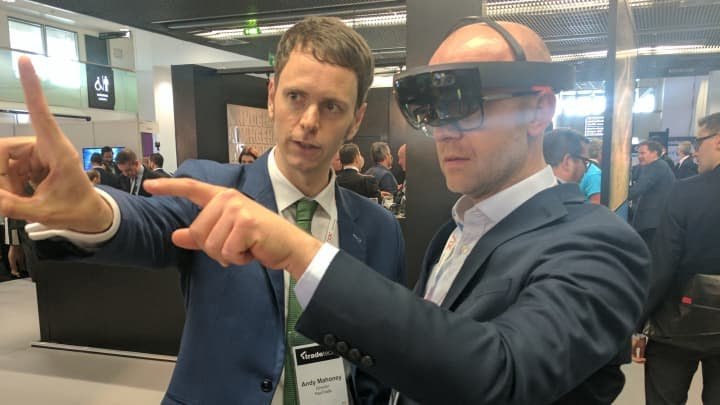 In test rounds, Mahoney found that full-scale VR made traders sick because it was too disorienting. With new enhancements, however, that's becoming less problematic. FlexTrade's research and development team has been giving clients test runs on augmented reality which incorporates a suite of data, charts and information into a real-world setting so that users see things in both the real and virtual world at the same time."Clients love it, but they still don't think we're there yet… but we will be soon," said Mahoney."The real advantage is the ability to visualize data in multiple dimensions," according to D6's Chief Technical Officer Brennan McTernan.He believes there are three areas where VR is becoming more valuable to the financial industry. The first is for traders, allowing them to break out of a physical space and customize data and research. The second is seeing data in 3D and being able to control for size and color, and for overlaying data on top of other data. The third, McTernan said, is that "financial advisors can tell clients a better story and help explain the data better with virtual reality." Executives in the space admit it can be uncomfortable and disorienting to wear a headset for multiple hours at a time. But they also make the case VR allows the potential for clients and financial professionals to work free from distractions, at least for part of their day.As far as adoption is concerned, the team at Glimpse is ready to be patient. CEO Bentovim said, "there was a time when nobody had a computer on their desk, then the tide turned very quickly."