Next Week, a Volumetric VR Movie Construct will be available for PC VR. 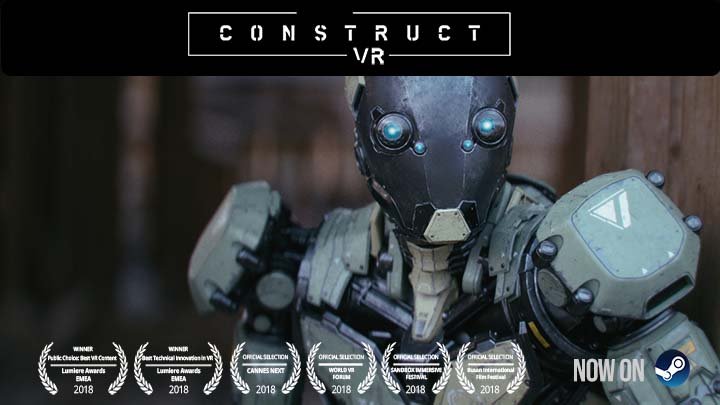 Construct, a volumetric VR film by PresenZ, will be available to watch in its entirety on PC VR headsets next week.

It will release the ambitious short on Steam, and a free demo is available now to give you a taste of what to expect. The action-packed film follows a robot who is fighting for its life after stumbling upon a crime scene. In third-person, you watch the action unfold with a full six degrees of freedom (6DOF) of camera movement. The film is approximately 8 minutes long, and a trailer is available below.

The piece was created in collaboration with Starbreeze, which is why you can see the Star VR headset in the trailer, and was originally intended for use at location-based installations.

Construct was first shown to me a few years ago at a virtual reality amusement park. It's a stunning display of virtual reality visuals in a narrative-driven experience, and a welcome departure from most VR films made on platforms like Tilt Brush and Quill. According to PresenZ, a powerful PC with a minimum of a GTX 1080, RTX 2060 Super, or RTX 3060 graphics card is required to run the app.

PresenZ's technology isn't clear if it has a future, given that Construct is the platform's only real release since we first wrote about it in 2015. Other VR filmmaking techniques, such as photogram metric capture, have emerged.