Meta Quest Pro is on its way.

The Meta Quest 2 pro, the rumored next version of the Meta Quest 2, could deliver one of the best VR gaming experiences to date, but when can we expect it?
We've compiled everything we've learned so far, including the most recent news, rumors, and leaks about what to expect and when we might get our hands on it. 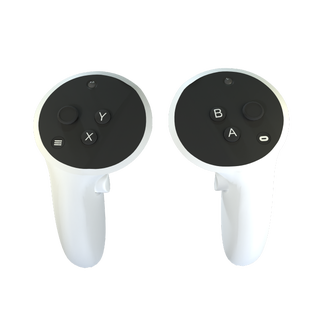 The Meta Quest pro does not yet have an official release date, but a tweet from Brad Lynch, an XR Hardware Analyst/VR Level Designer, suggests that we may see it sooner rather than later. According to the tweet, Meta Quest pro will be announced at Meta Connect 2023, which, based on previous events, should happen around September/October. Of course, we'd caution you to take this with a grain of salt, but it doesn't seem out of the realm of possibility.

Of course, as they confirm nothing regarding the Meta Quest pro, even right down to its potential existence, it is rather difficult to know what the spec sheets of the unreleased headset will look like. Given previous development patterns and current features of the Quest 2, it is possible to make some educated guesses.

Given that 120Hz refresh rates are becoming more common, it wouldn't be surprising if the Meta Quest pro could use one at launch, but they could improve this with future updates. After all, the Quest 2 improved on the original model by delivering a 90Hz refresh rate, which was later increased to 120Hz in a later update.

According to a recent leak from Brad Lynch, the Quest 3 will most likely use uOLED panels, which are a more recent iteration of OLED technology. If this is the case, it would be the first mass-market device to do so. According to Lynch, Meta has apparently partnered with Changxin Technology, who also made the Quest 2 displays, to manufacture these panels.

Facebook's and the Metaverse's Relationship

Quest 2 pro will most likely work within Meta metaverse,' which they announced back at Facebook Connect, and will most likely play a key role in shaping the overall experience, possibly causing the creation of a Meta account. Because they require a Facebook account to set up the Quest 2 pro, accessing the metaverse will as well.

What is meta quest 3?

The signs are also encouraging, and as the months pass, more information about the next quest device becomes available. In a 2021 interview with The Information, Mark Zuckerberg not only confirmed that the Quest 3 is in the works but also revealed that the company is already working on the Meta Quest 4.

What is project Cambria?

Meta's Project Cambria is a high-end standalone headset with virtual and augmented reality capabilities. Meta, the former Facebook-owned social media platform, has clarified that it wants to be a part of the metaverse. We know, although little about the headset, Meta plans to release it in 2022.