Who Will Be in Charge of the Metaverse? 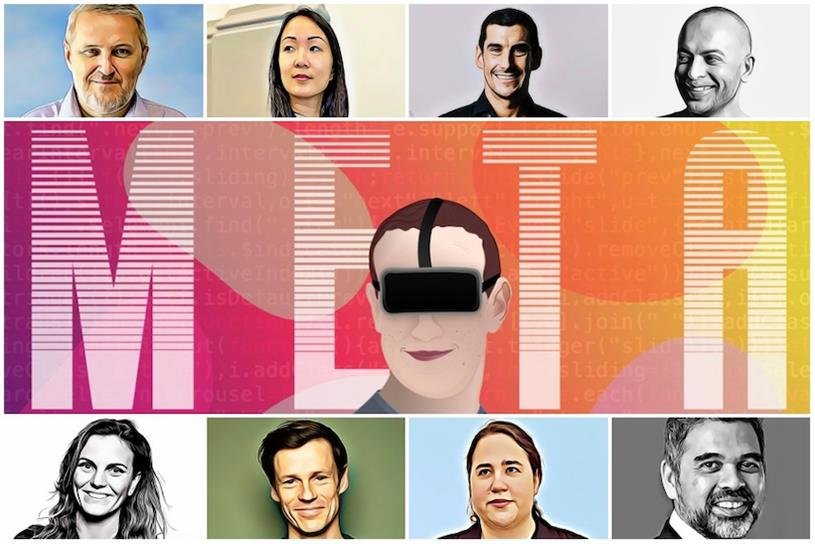 The Economist wrote in 2010 that Facebook's external operations and relationships are like those of a nation-state. Although the platform had yet to reach one billion users, a meeting between CEO Mark Zuckerberg and UK Prime Minister David Cameron appeared to be almost diplomatic.

Analysts have long claimed that Facebook's sheer size, population, and influence allowed it to set its own rules and govern itself, much like an independent territory. The platform's ban on the Myanmar military, for example, demonstrated a growing sense of sovereignty.

As Facebook rebrands as Meta and focuses on building the metaverse, it may face a similar challenge with its virtual reality offerings. The metaverse, they imagined, would be a unified virtual world that mirrored our own. The boundaries between the real and the virtual could make it even more difficult to govern and regulate social media than it already is. That is why, while we are still in the early stages of the metaverse's development, the question of "who will govern the metaverse" is so timely.

What Is the Metaverse, and How Can It Be Governed?

The metaverse is a three-dimensional virtual space in which users can interact with their surroundings and with one another. It is based on three core technologies: XR, blockchain, and artificial intelligence, and has three defining properties: interoperability, universality, and a social environment.

Although a theoretical model of the metaverse has existed since the 1990s, it has only made practical progress in the last five years. Companies could start developing their own versions of a metaverse environment thanks to advancements in blockchain, accessible VR, and ready-to-use AI packages. Remember that these aren't true metaverses; without interoperability, they're still standalone applications that contain one or more virtual worlds.

We could describe sandbox as a gaming-only metaverse, and Decentraland is an early example. Facebook has a very different vision. Mark Zuckerberg explained in his Connect 2021 keynote that the company's metaverse would be a "embodied internet" that is decentralized and controlled by no single company. It also decentralized Decentraland and Sandbox thanks to their blockchain architecture, but they're smaller and have a smaller user base. In contrast, Facebook could leverage its nearly three billion users on social media to create a truly universal and community-driven metaverse ecosystem. Now, with governance, the rules aren't entirely clear. Zuckerberg said:

The metaverse will not be created by one company. It will be built by creators and developers making new experiences and digital items that are interoperable and unlock a massively larger creative economy than the one constrained by today’s platforms and their policies.

He says that Facebook (now Meta) will only serve as an enabler and accelerator.
However, Facebook, which relies on user-generated content and external publishers to drive traffic, could be said to be in the same boat. The experiences are shaped by two creators and developers, but they are subject to Facebook's algorithms and internal workings. The company recently established the Oversight Board to examine content policies because of this lack of governance clarity. To avoid a repeat of the new platform's trajectory, issues surrounding metaverse governance must be addressed early on. Fortunately, some government and public-sector organizations are considering a head start.

Governments all over the world are paying attention as Facebook and other organizations work on their metaverse plans. Early partnerships, such as the ones listed below, can help envision and implement a strong government structure that expects future needs.

Netmarble, Zepeto, and ifland are among the metaverse players in South Korea (the world's fourth-largest gaming market). The government of South Korea is not only supportive of metaverse innovations, but it has also established a "metaverse alliance" to coordinate efforts. Over 500 companies have already signed up, and Seoul has even announced plans to create a municipal metaverse.

2. Tencent is a Chinese company.

Tencent stated in a recent quarterly earnings call it would welcome the metaverse but would have to adapt it to Chinese laws and regulations. While the Chinese government is supportive of metaverse development, user experience must adhere to government guidelines. China has a history of cracking down on the tech industry, and the metaverse will be centralized in that country.

3. The Barbados Metaverse Embassy is a non-profit organization based in Barbados.

Barbados is the first sovereign nation in the world to open an embassy in a virtual reality space, recognizing virtual reality spaces as legal entities. In fact, the Barbadian government is collaborating with several metaverse companies, including Decentraland, SuperWorld, Somnium Space, and, possibly, Meta, to establish a powerful presence in the platform's governance landscape.

These three examples show that the world recognizes the need to govern the metaverse. Despite this, there is no clear governance mechanism in place, with the exception of China. To ensure that the metaverse operates without governance or regulatory bottlenecks, a global metaverse alliance with not 500 but thousands of members is ideal. The metaverse's decentralized architecture means that day-to-day operations will take care of themselves. Only policymaking and high-level dispute resolution will be addressed by this open, non-profit alliance.

Crypto-laws to Serve as the Metaverse's Governance Foundation?

The task at hand right now is to bring blockchain and cryptocurrency under regulatory oversight so that we can prepare for a metaverse-in-the-future. Governments and regions continue to take different approaches to crypto, which could become a problem given that crypto is the foundation of the metaverse's economy. Before we build on this to pave the way for future policies, we must first agree on how to govern the three core technologies that underpin the metaverse.