What is virtual reality? When did it start?,

What is virtual reality? When did it start?, where does it take humans and what does it have to do with artificial intelligence and technological singularity.

The article in front of you begins with my personal story and ends with the story of all of us as humanity, having told the story of my life briefly in the realm of virtual reality, I would love to hear yours too, in the comments below, so What is virtual reality? When did it start ?.

For me it all started 30 years ago when I was about 13 years old (Bar Mitzvah period), my mother took me to in Tel Aviv, to an innovative video game, where I introduced to the first virtual reality of my time opened in Israel, where at that moment it was the first time I met The technology that stirred my life into the virtual reality world.

I remember myself as a young boy about 13 years old, standing thrilled in front of the giant devices that look like machines from the future or another planet, I remember when it was my turn. They dressed me in a huge suit and helmet; the equipment was terribly heavy. (But who cared, I entered a different world); they based the games on Amiga 500 computers (the pinnacle of technology at the time) Some pictures from the period: 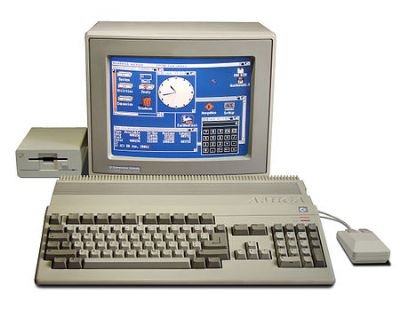 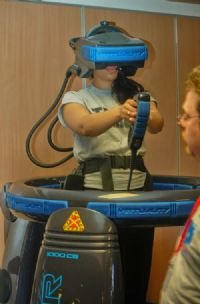 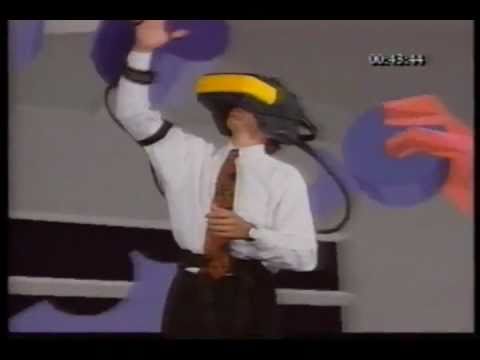 What is virtual reality? When did it start ?

It is important to note that in the 1990s, the peak of computer graphics technology was a computer from Commodore Amiga "super" computer for that time, it is important to note that most people did not have a computer and for those who already had, PC-compatible Had an impressive specification for his time:
The legendary Commodore International company was the manufacturer of AMIGA, and in 1987 Commodore successfully created the Amiga 500 computers, which was the company's best-selling model.

So back to the story: After the positive shaking experience, I decided I wanted a virtual reality at all costs, but first, I needed a powerful computer, when they did a bar mitzvah, I invested all my bar mitzvah money in an amiga 500 computer, for those who were amiga in the 90s probably understand my excitement, But unfortunately until I bought the computer virtual reality disappeared, in retrospect it disappeared for over twenty years, so true, the games were primitive and awkward; the graphics were terrible, and it was heavy! But it left a mark on me, and since then I have been waiting for technology to develop and return one day, for me since I waited and worked in the closest field, computers, year after year I heard rumors that virtual reality returns, unfortunately it did not happen only after 30 years.

I realized what the tremendous potential of this technology was and as a kid living on science fiction movies; I knew it was the first stage of a human and machine interface, I also knew that once the technology matured, reality would not be the same anymore, because what is reality actually? I remember thinking to myself, nothing will stop it ... and then it's gone as it came.

The inability of the virtual reality glasses available frustrated lucky in the market, which was a terrible spot, low field of view, high cost, and weight like a small elephant. In order to solve the problem, he began experimenting with his own designs in 2009. He completed his first prototype, called PR1, at 17 in his parents' garage in 2010. The virtual reality glasses he built featured a 90-degree field of view, low lag, and Built-in aspect feedback.

Lucky has developed a series of prototypes that test features such as 3D stereoscopy, wireless technology and an extreme 270-degree field of view, while decreasing the size and weight of its systems. He shared regular updates on his progress in forums visited by a few virtual reality enthusiasts. His sixth-generation unit called "RIFT", designed to be sold as a do-it-yourself kit. He uploaded the project on Kickstarter's crowdfunding website in April 2012.

Oculus Rift CV1, were the first commercial virtual reality goggles created by Oculus VR The commercial goggles appeared immediately after the developer models DK1, DK2 that were before them.

John Carmack, a software developer, a game developer famous for his work on the video game series Doom and Quake, asked to order himself a virtual reality glass Malaki, who lent it to Karmak for free. Carmack used it to show the power of VR Doom 3: BFG Edition at the 2012 Electronic Entertainment Show.

Lucky showed the unit to Valve, and received Kickstarter approval from Valve CEO Gabe Newell, who said, it looks incredibly exciting. If anyone can solve the intractable problems with this technology, it's Lucky. We think Palmer is going to do it. We highly recommend you to support this Kickstarter. When Lucky launched his Kickstarter campaign for Oculus, he received recommendations from other prominent figures in the gaming industry, including Cliff Belzinski, David Helgason and Mark Bolas.

During the Kickstarter campaign, Lucky showed the Oculus to gamers and the press at many gaming conferences, including PAX, Gamescom and Quake Con 2012.

The Kickstarter campaign was successful, raising $2.4 million, or 974% of its original target. After raising more than $1 million, Brendan Iriva was hired by Lucky in August 2012 to become CEO of Oculus. Because of their successful campaign, Oculus VR expanded, got more employees and more office space, but Lucky described his day-to-day process as not "sleeping so much" as he remained "slow" towards doing this thing. Lucky worked on all areas of the business and said, "I have my hands on everything from product engineering to game development to marketing. Later, he shifted his focus to virtual reality. Input hardware, calling it the 'pet project'.

A few months later there was another newspaper article, a big article this time "Facebook buys Oculus for $2 billion) and then I realized! This is the moment I waited for a mature virtual reality and it comes back this time forever, so I left everything in 2013 and moved on with my body to virtual reality. 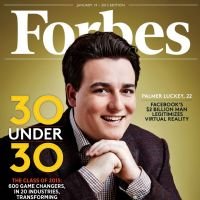 What is virtual reality? When did it start ?

We will continue our time travel on 1965, news from around the world: The first cosmonaut goes into space and the Vietnam War breaks out, a man named Yvonne Sutherland tests his new head mont display technology (HMD) which in the future will actually serve as a basis for technology we all know as virtual reality.

Avon Sutherland was the first to make virtual reality technology feel like another world or alternate reality), at the time the technology based on moving films from pictures, which was not convincing, the biggest problem was the size of the equipment that required an entire storage floor.

But let's jump a little further in time before Sutherland, a decade ago in fact, an innovative and revolutionary product presented to the public, even though it would have looked more like the whole person inside the machine, it was definitely some kind of virtual reality. 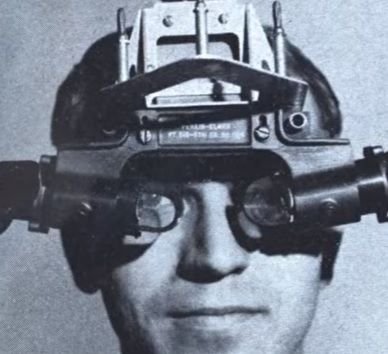 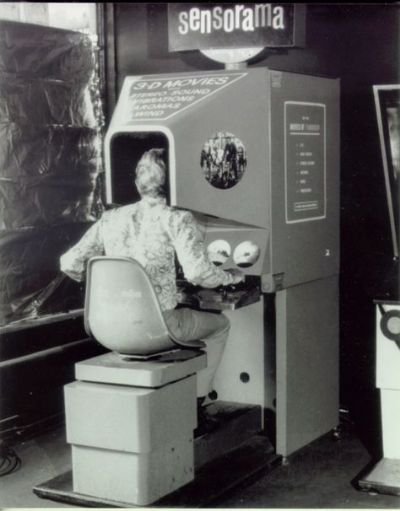 Before we continue with the fascinating story and cross the present line towards the future, it is important for me personally to note the story of Randy Pausch, his story takes place in the eighties, the man is best known for his lectures on how to fulfill our childhood dreams and self-fulfillment, so how does Randy Pausch relate to our story ? 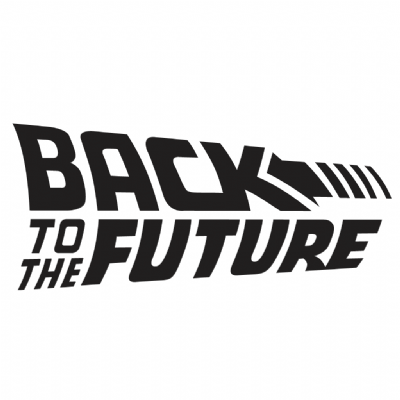 We jumped into the 1990s, which was actually the biggest event so far for Virtual Reality, 1990, this is the year that many companies introduced virtual reality technology, this is also the year they exposed me to technology that will shape the future of humanity.

Across the United States appeared many types of 360 virtual reality glasses. These were enormous displays of the leading companies in the world. Virtual Reality goggles also included machines, some of which also had treadmills and walking facilities that are very reminiscent of today's KAT VR MINI. The game handles are reminiscent of the game handles of HTC VIVE and OCULUS.

Here are some pictures from the big bang of the nineties. My nostalgia brings up a smile. 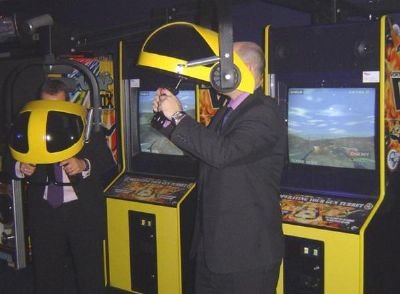 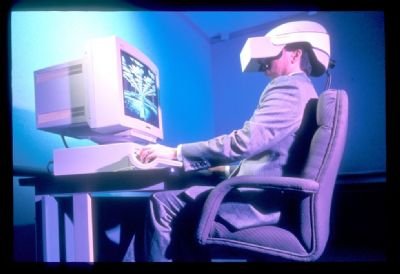 The large company that owned complexes in the field called VR Group, a Japanese company that turned an entire generation into a dreamer in virtual reality., Virtuosity, thirteenth floor, the matrix 1,2,3, strange days, eXistenZ, lawn mower and many more, it is important to note that if you have not seen and you see yourself as fans of virtual reality and combined reality it is time to run and watch. 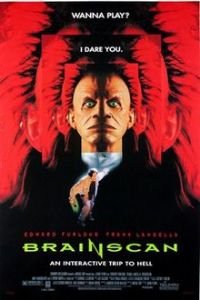 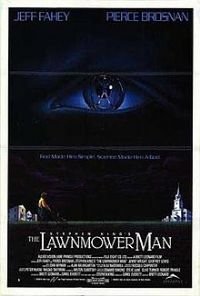 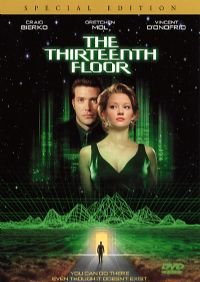 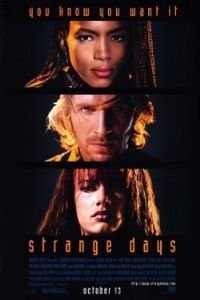 I intended both consoles for the home market, but failed miserably and consumers voted in the wallet. Their failure was because of several reasons, the technology was premature and the weak computers failed to run properly the graphics that were bad, anyway.
Here are pictures of the SEGA and NINTENDO home models. 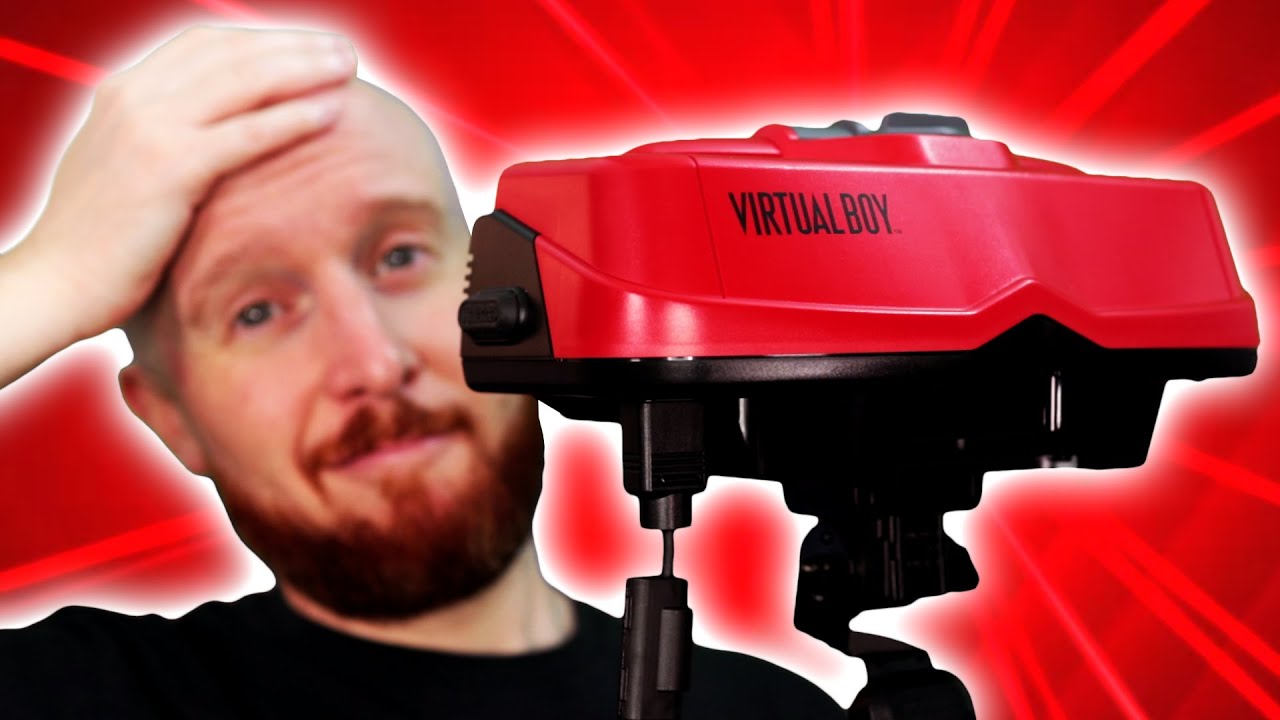 The year is 2012. Almost twenty years after Virtual Reality technology completely disappeared, Palmer Luckey, not yet 20, built a model of virtual reality glasses at his parents' house.

Palmer, who wanted to fulfill his life dream, bring virtual reality technology back into the world, did so in August 2012 and launched his crowdfunding Kickstarter funding project, while less Palmer could raise over $ 9,000 million to further develop his virtual reality glasses.

On March 25, 2014, Facebook gained the company Oculus for an astronomical sum of two billion dollars! $400 million in cash and $1.6 billion in Facebook shares, so you could say Palmer Luckey is very lucky. 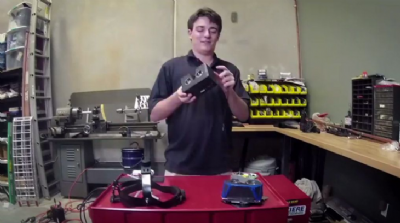 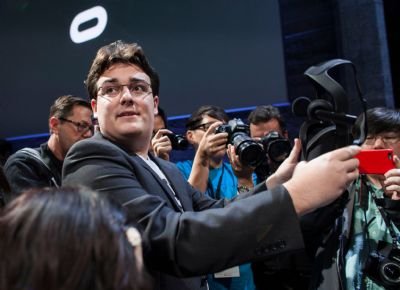 Facebook and Palmer encountered many technological obstacles until the creation of the finished product, they launched the final consumer model only on March 26, 2016.

The final consumer model called oculus c1, before it were two more models for developers: dk1, dk2.
Because Oculus took time, the debut "stole" meanwhile HTC company, by launching its virtual reality glasses HTC vive, but the victory over the giant Facebook was only temporary, within a year and a half Oculus closed the gap and passed HTC in sales, Oculus finished HTC And it has done so both by lowering prices and by investing capital in leading virtual reality technologies.

It is important for me to note that the Oculus rift cv1 was just a helmet, sensor and joystick, when in Oculus saw what the competitors in HTC did they completed the kit similar to HTC vive, which caused a change of trend in favor of Facebook, then more and more huge companies Join the competition in virtual reality glasses, companies like Sony, Microsoft, Apple, Samsung, Dell and more. But our story is not over yet, the opposite is true; it is just beginning. And in the coming years we will see more and more technologies of virtual and integrated reality. 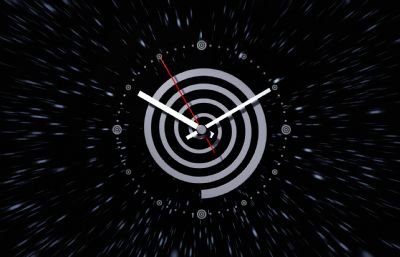 The everyday reality in this universe is not something right now? So what is happening right now in the realm of Virtual Reality ?

But in the virtual reality universe miracles happen, they build endless worlds non-stop and more and more people are experiencing this philosophical and amazing matrix.

The revolution that Facebook's Oculus Quest glasses have made in the last year has changed the world of virtual reality forever and we at the super back points, moment by moment more and more people will discover the unlimited possibilities of the new technology.

Why has Oculus succeeded where everyone has failed throughout history ? There were clear and unsurprising reasons for this, so briefly and progressively, the processing power that exists today is significantly stronger than it was in the past.

Their devices today are tiny and reduce them all the time, the 6G interface will already be able to connect you wirelessly to virtual reality similar to Neo, without devices and any equipment, only your brain is in a dream state and feels and feels everything, everything is just a matter of when?
But really understand the direction one has to read my article on the future of the coming years.