We held international AR event in Israel for the first time. 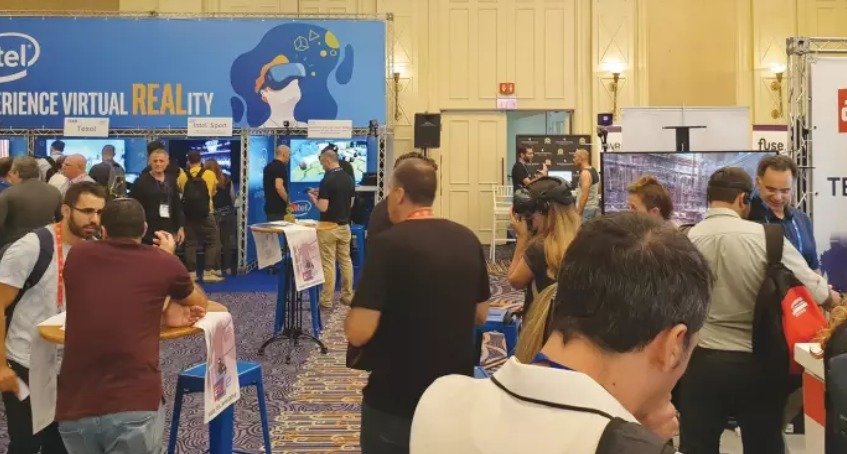 We held the AWE conference for the first time in Israel and presented the recent developments in the VR industry and apparel accessories. Conference initiator: "We'll be back to interact with the actual world, but with a system connection"

AWE Conference-The World's Largest International Event in Layered Reality-Led by AWE Founder Uri Inbar and CEO of Premium Conference Company Uri Yahel for the first time in Israel this week. The conference, held on Monday at the David Continental Hotel in Tel Aviv, featured world-leading technology and local startups who introduced the latest innovations in laminated reality, virtual reality and advanced apparel, such as bracelets, glasses and smart watches.

First held in California in 2010, the conference has since expanded to Europe and Asia, and now to Israel. "I realized it is impossible to work alone with other companies that want to promote the field," says Inbar, the founder of the association. "We've realized in the last three years that it's also a good time to set up an investment fund, called 'Super Ventures,' that can take advantage of this system set up and invest in startups that promote the field."

For example, they have introduced a system that monitors operations in the New York City Fire Department, with command staff seeing the burning building, the location of crew members and even video footage of the helmets they wear in a stratified reality. Advanced wearable technology allows monitoring of firefighters' life signs by the surveillance team.

In addition, companies presented how laminated and virtual reality can plan large events, by visiting the event complex with the glasses, or by copying objects and pasting them into laminated reality in the living room or bedroom affecting home furnishings. Technology has presented that allows for a terribly realistic sand topography, space developments in the aerospace industry and an Israeli development of a bracelet that identifies and translates our thinking code for moving fingers on screen-a development that may have a major impact on the medical industry in the future.

"One goal of the event is to generate energy and connect the companies in the country to the global community," explains Inbar, adding: The layered reality allows us to be tailored to and improved on what is happening around us. The goal is to reach a billion active users. We 're close to that, but I still estimate that it's five to ten years until everyone is there.

"It will also be much more natural for us," stresses Inbar. "We will return to interact with the actual world after decades of being connected to computers but still connect to the system. Now that Apple and Google have entered the realm of mobile and reality, more supportive devices and tangents have joined forces. It is the perfect time to look at this interesting world that we call 'Spatial Computing.' "