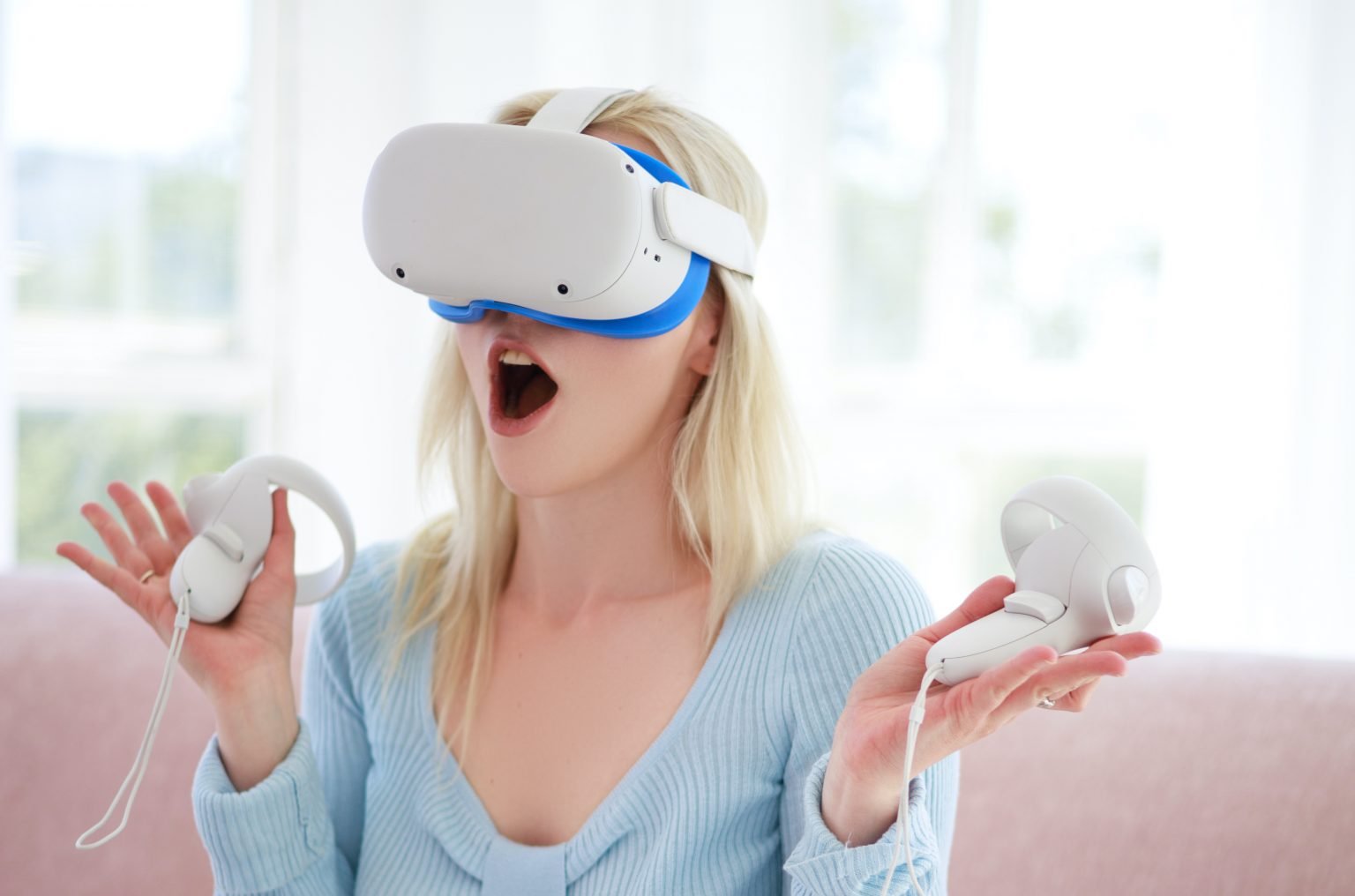 For adult filmmaker Erika Lust, cybersex technology is going to shape the future of pornography, post-pandemic.
The director of titles such as Cabaret Desire and The Intern: a Summer of Lust says that virtual reality pornography, in particular, gives a more immersive experience, and is a step-change for an industry that has been changed over the past 18 months.
“The VR experience is more vast than 2D films,” she says. “You can experience greater emotional engagement and a different type of sensory interaction with VR porn.”
Lust is not the only one to believe this. There’s a growing market of people who are trying out sextech and particularly VR pornography, and an increasing number of European startups providing the hardware or the software looking to capitalise on innovation in adult film.

It’s part of an explosion of interest in various parts of the sextech industry — from audio erotica startups to new devices to men’s sexual wellness — that’s been accelerated by the pandemic, and gone mainstream amid broader rebranding of the sextech industry as part of the ‘wellness’ sector.
It also comes as some companies go mainstream, with adult-entertainment site OnlyFans reportedly in talks to raise new funding at a valuation of more than $1bn, according to Bloomberg. 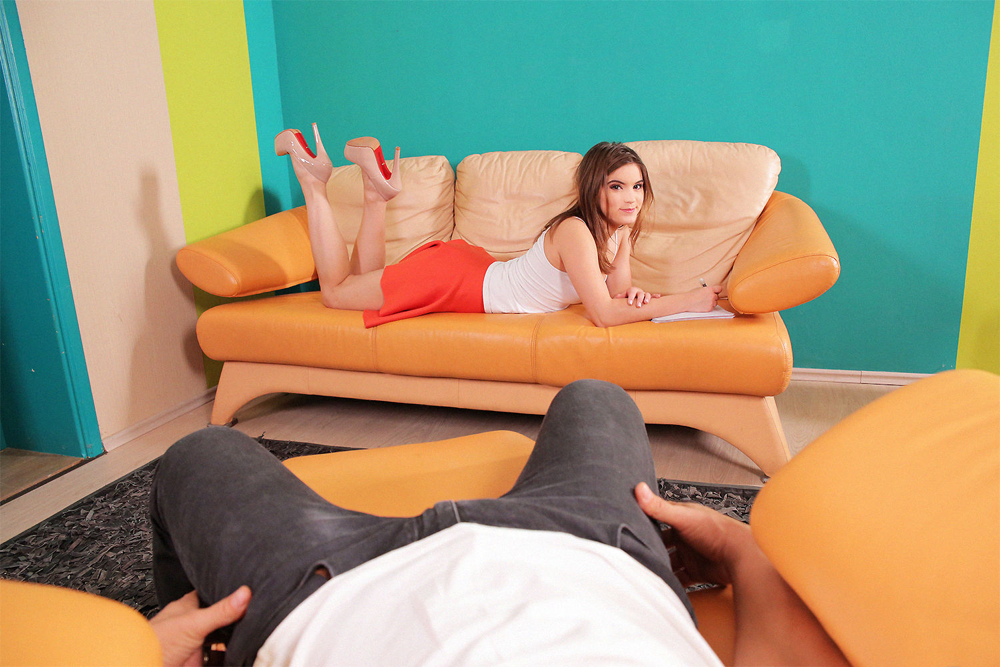 It’s enough to get investors talking about it, at least.
Bryony Cooper, managing partner at accelerator VC fund Arkley Brinc and Stephan Morais, managing general partner at Indico Capital, say it’s part of a trend of cybersex tech which is an opportunity for investors.

Angelina Aleksandrovich, from Raspberry Dream Labs, a VR events platform for progressive arts and entertainment, says: “[Cybersex tech] is definitely going to grow really quick, especially with this Covid-19 situation.”
“Even though things are coming back to normal, people have already felt what the other normal is like, when you can be anywhere you want to be from your bed… we can’t take away that freedom of connectivity.”

Moscow-based startup VRAYU — whose name is a play on the words ‘VR paradise’ in Russian — agrees.

Cheating fantasies, where couples watch two people having sex and imagine that one is their partner, have been especially popular among VRAYU customers. 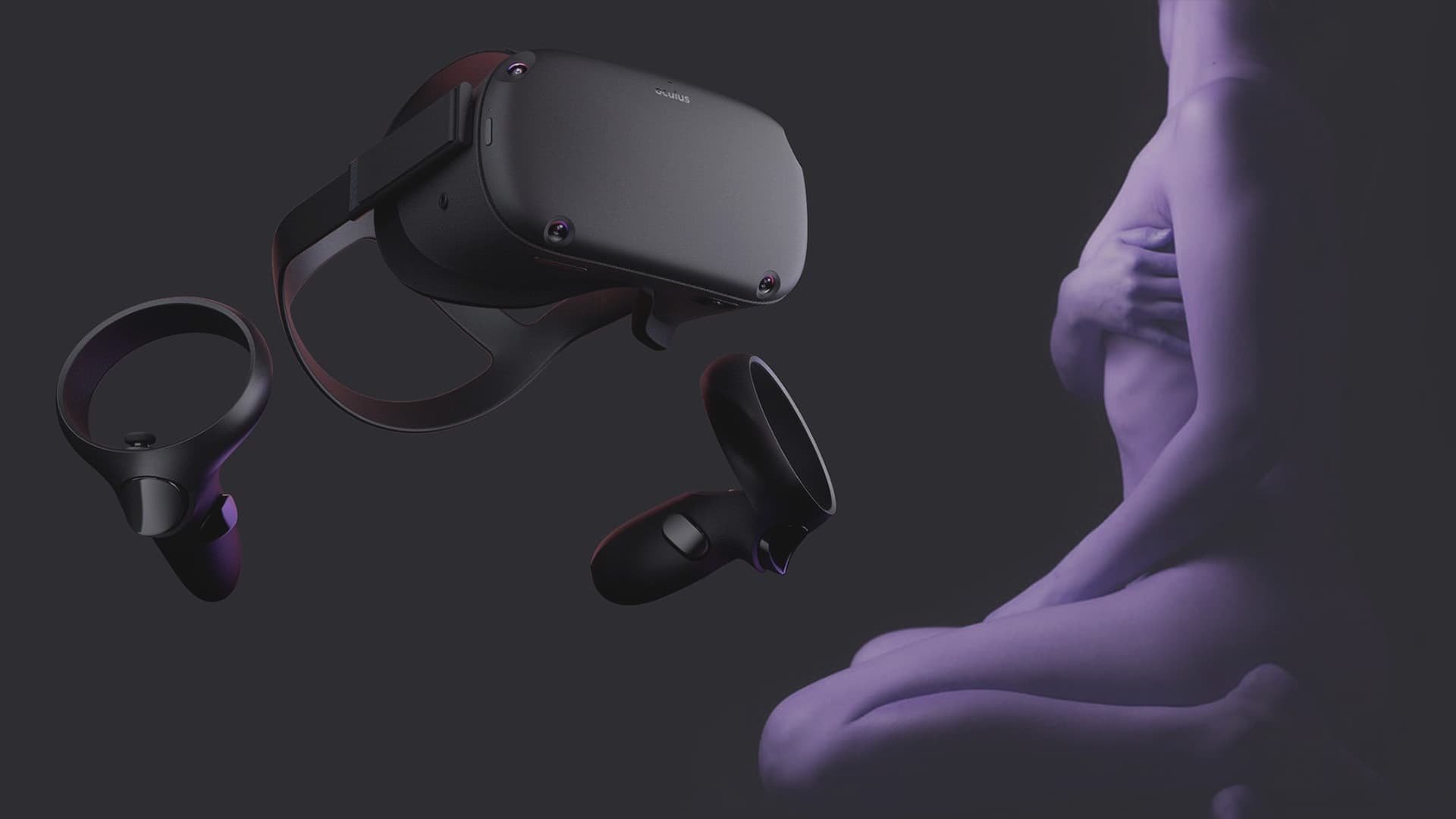 But what excites people most is the ability to connect with others, Rayskaya says: “More and more people want some live interaction in virtual reality, with real people.”
Dutch sextech company Kiiroo takes this idea a step further by integrating VR adult videos with their teledildonic devices — remotely-controlled sextech that delivers touch-like (haptic) sensations such as vibrations.

For example, the intensity and speed of sensations given by the Titan VR Experience stroker, which is a sleeve device that fits over a penis, is synced with the performers’ movements within a VR video.

Kinks to work outMorais from Indico Capital says that while the market may be growing, it still has a few, ahem, kinks, to iron out as it develops.
One of these is the visual quality of VR videos and virtual worlds, and how well they can simulate physical sensations. “The problem has been how to translate something which is visual into physical,” says Morais. “And I don’t think we’re there yet.”
Another is the cost of the technology. “If you’re using VR, then it does require more expensive hardware investments. You need to have an Oculus Rift or something, to actually use it,” says Cooper. “So it’s not at the moment accessible to everybody.”
It’s also a market where there are still relatively few companies that fall into the traditional VC mould. While there has been rising interest in the sex sector at large — with the interest in OnlyFans a prominent example — there’s not yet a depth of startups in the VR porn industry.

Sex in cyberspaceThese criticisms tie into a bigger problem with sex in cyberspace, which is that the technology is still developing. Products like the Oculus Quest 2 have made the experience better, and the range of content options is better, but it’s still a work in progress.

Watching a video in VR also may be immersive, but users still have a limited degree of control over the experience, adds Aleksandrovich. You may be able to change the intensity of a vibration, but she says you can’t alter the content of the video or create your own storylines, for example.

Nothing is off-limits within the worlds they’re trying to create, as long as all parties consent and no-one is getting hurt, says Aleksandrovich: “We’re not PG but we’re not porn — we’re sitting in this grey area of exploration, and essentially just giving people space to do whatever they want.”
The worlds can be accessed via browser or VR headset, and in the future, the team plans to integrate haptic sensors, which would be positioned over erogenous zones, into the experience. The sensors are currently at prototype stage.
Raspberry Dream Labs will debut their MVP at their upcoming soft launch, which will feature a lower-fidelity version of two worlds. This will also serve as a demo for investors who have expressed interest in the platform, from whom the team hopes to raise a £1m seed round.

As haptic technology advances, we may soon see cybersex tech that is increasingly complex and realistic. Ultrasound waves are already being used to simulate various touch sensations, while the potential for brain-computer interfaces — where information and signals from the brain can be received by technologies — is an active area of research.

Technologies like these could be game-changing for sextech. “It’s a huge, huge market, and quite often investors have not been aware of it,” says Morais. “But I think that it’s a market where there’s many, many niches to be created, because it’s basic human nature to have sex.”

Monica Karpinski is a freelance writer and founder of The Femedic.