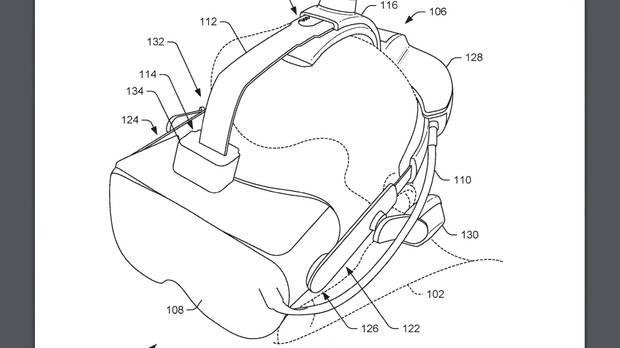 As mentioned earlier this week, rumors about an Oculus Quest Pro under the codename “Seacliff” have appeared. The rumors claim that the headset is going to be its own standalone headset complete with eye-tracking, pixel dimming, and a new set of controllers without the tracking ring. The controllers in question will also use finger tracking in a similar vein to the Valve Index. Now, it seems that Valve has been working on a New headset, this new supposed Headset is going to be a wireless solution to the Index, and will come with Its own version of Eye Tracking, as well as being able to run in conjunction with the Pc for split rendering. The codename for this new Headset is called “Deckard” 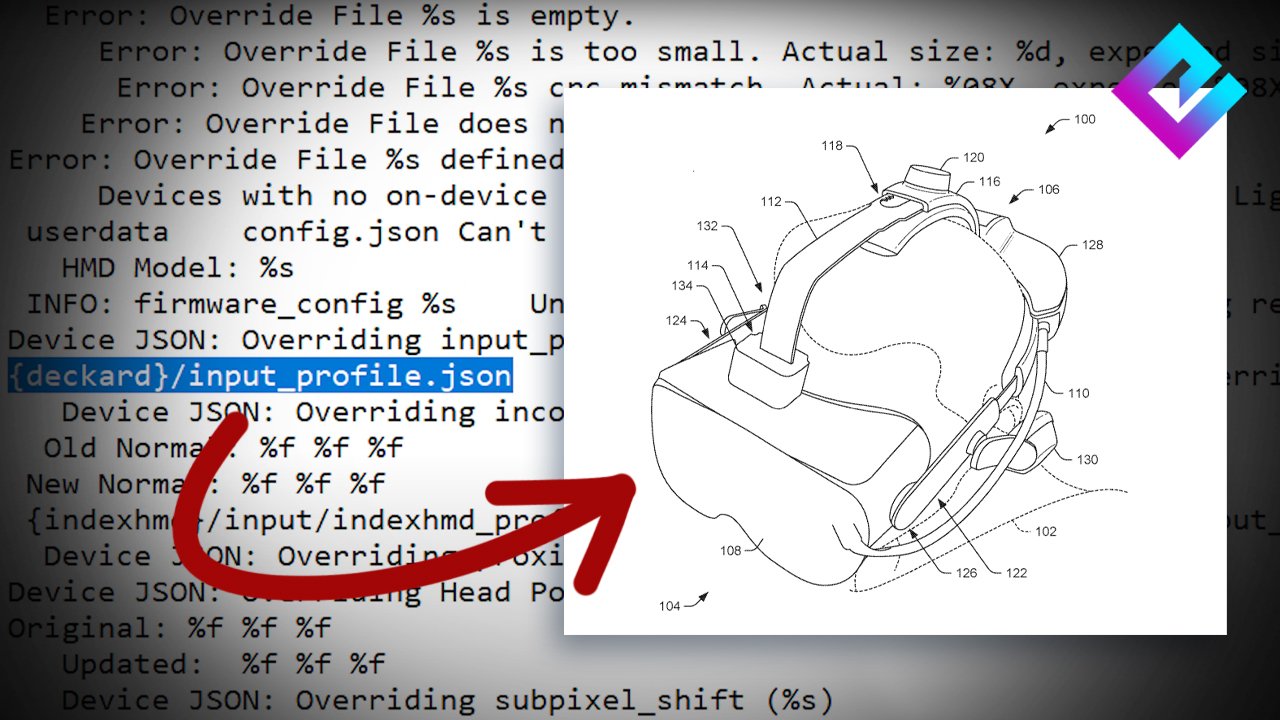 The leaks surfaced by YouTuber SadlyitsBradley. He mentioned that the Valve Deckard’s name, which is a reference to the last name of the protagonist of Blade Runner, as well as the Steam Deck, was found in the files of SteamVR. The files have been appearing inside of not only the SteamVR files but also the Lighthouse Tracking units used with the valve index. Inside of the files, there’s an input configuration file referenced in the code for the update. While looking into the file to see what the Deckard is capable of won’t net users much information seeing that the file doesn’t exist aside from the reference. The file reference itself shows that there’s going to be some form of physical components to the new headset. This comes from the fact that the file is used for the physical aspects of the headset. The valve index’s Headset comes with an IPD slider and a dashboard button on the headset used for controlless navigation.

With this in mind, this means that the Deckard is going to have physical aspects for navigation through its menus. Also included in the files, Is the headset within SteamVR’s compatible list of headsets. This includes not only the Index but its previous iterations through development, which bore the codename “Utah”. The Valve Deckard headset also has the label of POC-A, which means it’s a proof of concept. However, the Deckard is now on POC-C. This means that Valve has been working on the headset for longer than players would’ve thought. While these headsets inside of the drivers for Steam VR are one thing, there’s still more inside of the files that show that there’s something Valve is working on.

Inside of the Steam VR internal menu, which players can access by changing code in the Steam VR internal files. There are two new options to be included in the files that would show that the Deckard is going to be a standalone headset. For one, there’s the option to activate something called Prism. While it’s not known what Exactly prism does, what is known is that it’s new tech for an upcoming device, and with the option being added after at the same time as the proof of concept for the Deckard, it’s no coincidence that they’re related. The second option to be included which is going to be the smoking gun for Valve is the inclusion of “VRLink” This folder is also included inside of SteamVR in the file directory out in the open, so players can look through SteamVR’s files on their computer to find it.

This addition of the file broke Vive Wireless Trackers until they were fixed with a hotfix for SteamVR. Included as well is a file that has code for a WI-Fi wireless adapter. Specifically, a Wi-Fi 6 connection. Why is this important for the adapter? Well, Valve had patented new head straps for VR headsets.

Inside of the patent is the inclusion of two Wi-Fi antennas, one in the front, and one in the back. The idea is that if the player is going to be using the headset wirelessly, they’re going to be able to have a stable connection with more antennas from the headset, which will be able to beam the Wi-Fi connection from the computer to the headset. Also included in the patent are lenses that would change their focal view for players who have near-sightedness or far-sightedness. Or being able to include eye-tracking or predictive rendering. Predictive rendering is the concept of having the computer track where the headset could be, and use the information to pre-render the frames to increase the performance of the headset.

With all this in mind, the goal of the Valve Deckard Headset is revealed. The Deckard isn’t going to be a standalone headset like the Oculus Quest but is going to be a hybrid headset. Included in the SteamVR internal menu is an option called Standalone System Layer. This layer is going to run on the Deckard for Room setup and more, but the system is going to split render with the computer for a wireless solution for VR. Combining this with the fact that the system layer will activate when on Linux software also makes sense for the Deckard, how? It’s running a version of SteamOS. With the Steam Deck, SteamOS is its main operating system, SteamOS is a Linux-based OS. This means that a version of Steam VR is going to be running on the Deckard. On top of this, manifest application files have been found inside of a Linux arm binary. This means that the Valve Deckard is going to be running VR applications on its own, being able to help with room setup, as well as possibly run its own applications. The files also mention the ability to run XR Desktop. This program was made by a company that has been heavily funded by valve to make VR software, included inside the Weyland XR Arch from the company working with valve, are drivers for AMD chips, which are the same chips implemented inside of the steam deck. All of the other components inside of the Arch files are all things implemented inside of Steam OS 3, which is the program running on the Steam Deck.

The last two things mentioned in the video uploaded by Sadlyits Bradley is that there have been two new settings inside of the Debug menus in the latest Steam VR beta. One of the things found inside of the files for the beta was “LENSCAL update” this file, while its true purpose hasn’t been shown, is interesting. It’s believed that this is going to be for the LCD Varifocal lenses that would be included in the Valve Deckard, which were also mentioned in the patents for the headset. This Lens Calibration menu inside of SteamVR would use the same varifocal lenses in the Valve Deckard to change the focus of the lenses to improve the visual quality for players who have weaker vision without the need to wear glasses in the headset.

The second thing mentioned inside of the debug files in Steam VR is “Dual-Tracking Mode”. This means that the Valve Deckard is going to include VR Tracking with both lighthouse base stations and inside-out tracking, giving the player a better tracking experience while still using the new tech that’s supposed to be inside the Deckard.

Ars Technica also confirmed that their sources claimed Valve has been working on this same technology for inside-out tracking. However, Valve was having issues implementing this inside-out tracking on these two VR Headsets. However, they brought in a second firm to help them get it right.

Now, with the implementation of this debug command, this means that the idea of a Dual tracking solution for the Deckard is going to be implemented, letting players who already own lighthouses to use the project with those in conjunction. The thing that makes this a better option for VR Tacking is that will also implement the vive trackers many VR Enthusiasts use. Full-body tracking can still be achieved, and the tracking for both the hands and the head will be more precise. With this also in mind, this more precise tracking can also improve the split rendering and predictive rendering of the headset to better predict what players are going to do, so performance will also be increased.