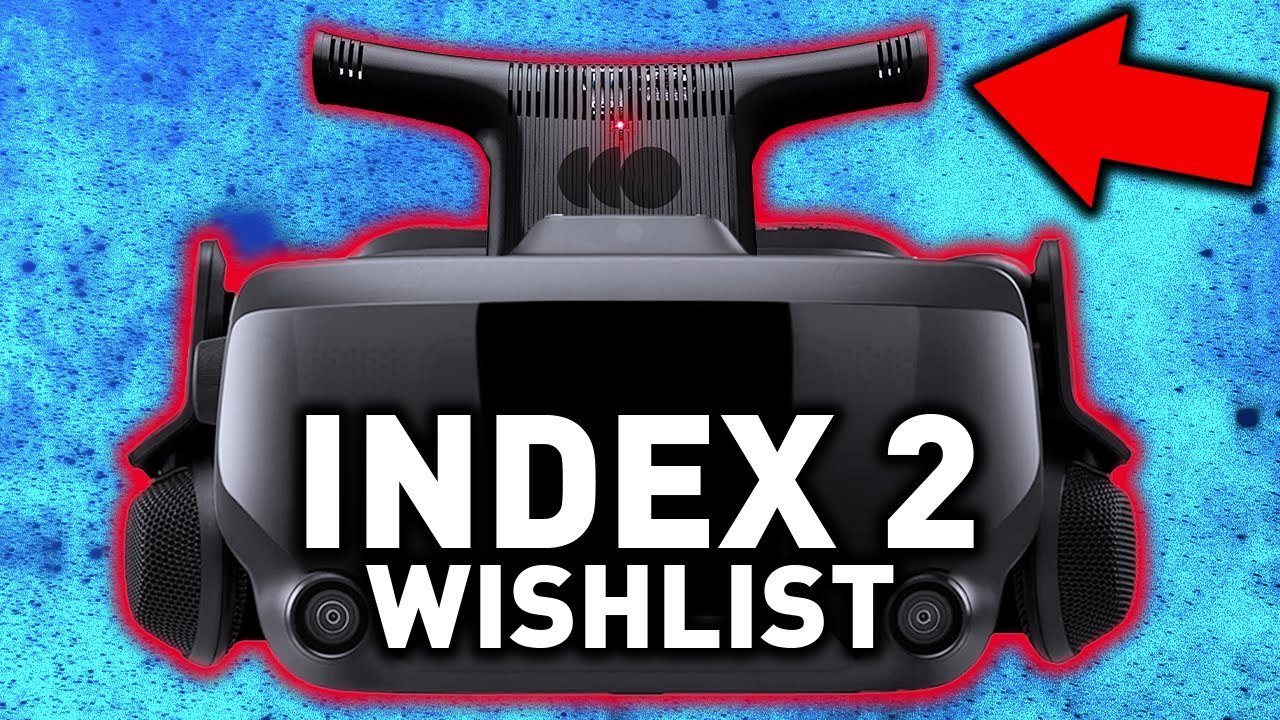 There's no concrete information on how much a Valve Index 2 would cost, but we can make educated guesses. We'd expect an improved headset to cost at least as much as the Valve Index, which retailed for $999 / £919 (roughly AU$1,425).

Valve is likely looking to eat into their combined 43 percent market share, so we wouldn't surprise if it released a budget competitor.

This could show that Valve will release two different headsets, one aimed at the high-end and the other an all-in-one mobile device that is more accessible. However, while rumors suggest that isn't impossible, we won't know for sure until it makes an official announcement.

Features of the Valve Index 2 include rumors, leaks, and official information.
Thanks to a recently filed patent, we can piece together a picture of what the Valve Index 2 and other Valve VR products might look like. We'll update this section as we learn more to keep you informed.

Capabilities for wireless communication
The Valve Index 2 could be wireless, with wired capabilities available as an option for some models. The patent depicts three different headsets that investigate the differences between being wireless and standalone (like the Oculus Quest 2) and wirelessly connecting to a computer.

New comfort options, such as alternative methods for distributing heat and weight more effectively for each design of VR headset, also detailed in the patent.

We must take all patents with a grain of salt - there's no guarantee that Valve will produce a headset with these features - but it shows that the company is still working on VR technology.

Better game selection–direct from Valve's development teams
While this isn't a problem with the previous Valve Index 2 headset, games are still an important factor in gaming hardware. Although there are some fantastic VR games available, such as Valve's own Half-Life: Alyx, a platform cannot built on just a few titles.

If Valve is serious about VR, we don't just want to see a brilliant device; we also want to see more games for it. It could be a sequel to Half-Life: Alyx, a VR adaptation of another IP like Portal, or a brand new IP from the studio. The games' quality will be important, but a little more quantity wouldn't hurt.

Director of Half-Life Alyx Robin Walker, mentioned in an interview with us he wants to make an XCOM VR game, so maybe we can look forward to something like that? I wish :)

While we're more likely to see it in future Oculus devices like the rumored Oculus Quest 3, Valve could work on their own version of the technology for a future headset.

There will be no more base stations.
Base stations help the Valve Index and other virtual reality headsets, such as the HTC Vive, track users, their headsets, and their controllers in a room-scale virtual environment.

Base stations aren't terrible, but if you ever want to change the look of your room - or simply dust it and nudge the sensor - you'll have to go through the entire calibration process all over again. It's inconvenient, and we'd prefer not to have to deal with them, especially since other headsets, such as the Oculus Rift S, can function without them.

Screen with a higher resolution
The Valve Index used two 1440 x 1600 pixel screens, one for each eye. While the image is razor-sharp, better screens aren't out of the question, especially since the Apple VR headset rumored to have dual-8K screens (7680 x 4320 pixels).

We think 8K is a little excessive, but there's a nice middle ground between that and what we have now that would be nice to see on a Valve Index 2.

Size-adjustable headset
One-size-fits-all headset is difficult to wear and make comfortable. Considering this, we'd like Valve to delve deeper into the ergonomics of the Valve Index 2, adding new straps and features to make it more customizable. This would allow everyone to customize the headset to their preferences, allowing for more VR experiences.

Additional Haptics
To make the virtual world feel more realistic, the Valve Index controllers included haptic feedback and clever designs. While it is good, we would like to see it progress further in the future.

We know some companies are already thinking about this because Apple has patented haptic socks that could be compatible with its VR and AR devices. Adding a few more haptic peripherals to the Valve Index 2 could be a fantastic way to amp up the realism of VR.