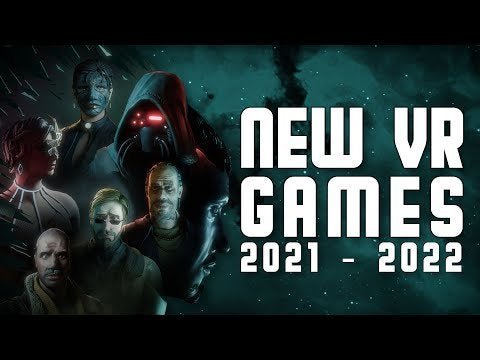 The most well-known application of virtual reality is in video games. In the 1980s, Sega was arguably the first company to try virtual reality gaming. The company's Master System 3D glasses do not exactly correspond to our current understanding of virtual reality. They were essentially virtual reality-enabled shades that displayed 3D effects while users played games on other screens (such as Space Harrier and Maze Hunter). Fast forward to the 2010s, and the Oculus Rift, the first commercially available virtual reality (VR) headset, was released in 2012. Since then, the VR market has exploded, with a projected value of $12 billion by 2024.

This growing popularity is due in part to VR’s versatility, since it can be used in various industries ranging from education to architecture. However, another big factor of its boom would be its rapidly improving accessibility. While it’s not something consumers always hear about, innovations regarding the internal hardware in headsets are transforming the market. Using software design platforms for PCB design layouts is resulting in a significant increase in the standardization of the electronics in these devices. This makes it easier to share and manufacture designs in large quantities, resulting in better and more affordable products. VR headsets are expected to become far more "mainstream" in the coming years, for both industrial and consumer applications.

On the consumer side, it's a safe bet games will play a significant role in VR's future growth. With headsets becoming more affordable and widely available, more people will buy them to see what all the fuss is about with virtual reality gaming. This brings us to our main point: new games will also contribute to the growth of VR's popularity. As a result, we'd like to look at some of the most expected titles for the coming year.

Zenith is a MMORPG that combines anime-inspired fantasy and cyberpunk themes. It also draws some inspiration from games such as Dark Souls and Ultima Online. Ramen VR, the developer, describes the game as hyper-immersive, especially in scenes that involve first-person combat. What’s most interesting about the game, however, is that classes are customizable, and not just in the sense that players can design and accessorize their characters however they want. In other MMORPGs, character types like healers and mages typically stay away from the front lines, but in Zenith, you can tank as a mage or heal as a blade master.

Oculus Quest and HTC Vive are among the headsets that will support this game.

Assassin’s Creed is an action-adventure series that’s been beloved since its introduction in 2007. It has since produced titles playable on various consoles, as well as mobile devices. Then last year, a 2019 rumor was confirmed, with Ubisoft announcing that Assassin’s Creed and Splinter Cell (another of the developer’s popular series) would be adapted to virtual reality. We barely know anything about the games as of now save what we might assume based on existing titles, but Facebook has apparently signed to support them on Oculus headsets. It’s also known that the games will be developed by Ubisoft’s Red Storm, alongside their other branches.

If you’re fond of city-building simulations like Sim City and Cities Skylines, then Little Cities may be right up your alley as well. It looks to be visually similar to those games, although more simplified and on a smaller scale (for now). The game publisher, n Dream, reports that the game will have familiar city sim features, such as area zoning and utility planning. And because it will exist within a virtual environment, you’ll be able to get up close and personal with your city in a way that simply hasn’t been possible in PC and console sim games to date. That alone makes for a thrilling concept, and we’re betting this game will be expanded on soon if players are pleased early on.

Little Cities will be available on Oculus Quests headsets.

They actually released this game this year, but if you’re looking to try a new VR game before the 2022 titles roll out, it’s a great one to consider. Assetto Corsa is a racing game that represents a step up from its pre-VR predecessors. This is because the developers, and even VR headset manufacturers, have finally made a truly immersive racing game in virtual reality. In this game, you’re actually able to get a genuine drifting experience (minus the motion sickness), as long as the latency between your headset and computer is low. It’s awful fun to try – not to mention the game itself is both beautiful and pleasantly challenging.

You can play this game through Oculus Quest 2 or HTC Vive Pro 2.

Undoubtedly, there will be many additional exciting games coming out in 2022, as well as many other VR applications. But these are the titles we’d point consumers toward right now as VR prepares to speed up to new heights.