The dating industry is about to undergo a major transformation, dating in the metaverse? 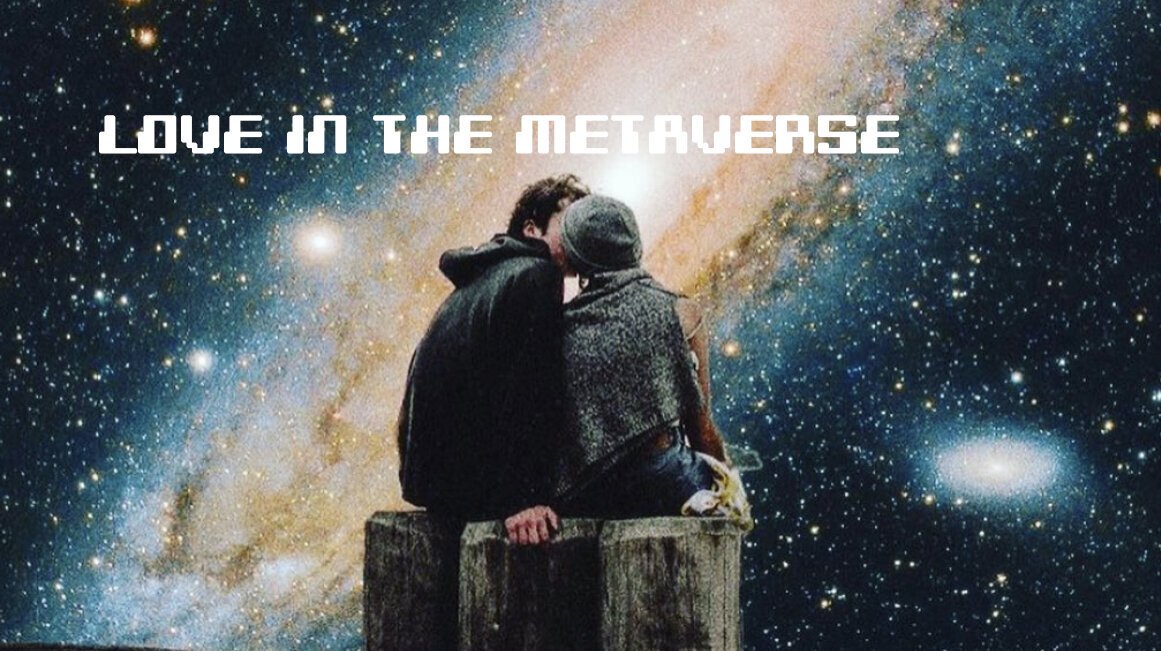 By Anna Iovine on December 24, 2021 Rewritten and edited by Amit Caesar

In the last two years, we've all faced specific pandemic-related challenges, and daters are no exception. It forced us to date through screens or not at all last year. This year, we had a mishmash of desires — and COVID-19 mandates — as we all tried to navigate dating during a seemingly never-ending pandemic.

What will 2022 bring us to find love, given the roller coaster ride of the last few years?

Virtual dating will continue to be popular, there will be a push toward serious relationships for some and non-monogamy for others, and there will be a focus on mental health and vulnerability, according to dating experts.

Virtual dating is here to stay, and VR\AR dating is right behind it.

According to Logan Ury, director of relationship science at Hinge, video dates, which were a staple of early pandemic romance, are likely to stick around. Hinge users frequently use a pre-date call or video chat as a vibe check, even if in-person dating is on the table (variants notwithstanding).

According to data collected from over 5,000 global Hinge users in December 2020, more than half (65%) of users planned to incorporate video dates into the dating process, and Ury said Hinge has seen this expectation come true.

A similar story emerges from Match's 2021 Singles in America survey. A video date helped 71 percent of the 5,000 Americans aged 18 to 75 decide whether they wanted to meet in person, and 63 percent said they'd feel more comfortable on a first date if they video chatted before the meetup.

On dating apps and in the broader tech world, voice features have become increasingly popular. Dating apps invested in audio features besides video features during the early days of the pandemic. Hinge added voice prompts for profiles this year, and Bumble added audio messages in late 2020.

"The pandemic really helped us all pay attention to the importance of audio and the importance of voice," Ury said. Voice notes add an authentic, intimate dimension to a potential match's profile in a way that text and photos can't do alone.

Looking into more tech-advanced dating options, Match Group (which owns Tinder, Hinge, and many other dating apps) is planning a dating metaverse, or VR space, unironically called "Single Town." Users will allegedly be able to interact with others with real-time audio and meet in virtual spaces, like a bar, explained Match Group CEO Shar Dubey in a November investor call.

A virtual space has similar dangers as a physical space, though: People in Meta's (Facebook's) metaverse have already experienced sexual harassment. Singles should proceed with caution dating in VR, just as they do with online or in-person dating. Dating coach and matchmaker Tennesha Wood urges us to remember that we're still real people with authentic experiences, fears, and emotions — no matter the dating method.

As figurative or literal existential crises do, the pandemic forced us to reflect on what we want out of life. This is one reason experts gave why so many people came out during the pandemic, but the experience also drove daters on the whole to reflect on who they want to date. They seemed to divert into two paths: those looking for "the one," and those looking specifically for over one.

In terms of the former, Ury said a majority of Hinge users — 75 percent — are now looking for a relationship; this is a spike up from the 53 percent of users who said they were ready for something long-term at the end of last year.

These users "want to find somebody to lie in bed with and talk about what [they've] been going through," Ury said, "and how hard life is and how scared [they are]."

Dr. Helen Fisher, a biological anthropologist and Match's chief science advisor, agrees. Most singles surveyed by Match, 65 percent, want a relationship in the next year.

When only young adults are considered, the percentage rises to 81 percent for Gen Z and 76 percent for millennials. This makes sense, according to Fisher, because young people are typically looking for a mate, but the numbers are staggering, especially when compared to how many Gen Z and millennials wanted the same thing in 2019: 70% of Gen Z and 63% of millennials.

People are looking for not only their special someone but also for financial and romantic stability, according to Fisher. In 2021, 86 percent of singles want a partner with an equal or higher income than they did before the pandemic, compared to 70 percent in 2019. The same can be said for educational attainment: 89 percent vs. 79 percent over the same time period.

Singles prefer an emotionally mature partner (83 percent) over one who is physically attractive (78 percent). Fisher said, "I've never used the word 'historic,' and [this] is a historic change in dating." "Emotional maturity people are looking for now."

Some daters are also looking for a non-monogamous experience. "The pursuit of fulfillment will lead singles and couples to create their own definitions and structures for their relationships," said Wood, "lending way to ethically non-monogamous relationships and the freedom to be open."

"I've never used the word 'historic,' and [this] is a historic change in dating." - Helen Fisher, Match's chief science advisor

Before the pandemic, an increasing number of people considered non-monogamy, and this trend has continued. From 2020 to 2021, according to Lyubov Sachkova, the app's communication manager, both men and women used words describing ethical non-monogamy (ENM) or polyamory in their profiles on Feeld, a sexual exploration app for singles and couples. Non-binary users were not included in the data.

"The pandemic has called into question our sense of 'normal,'" Wood continued, "and many have sought to create a new normal that allows them to live more freely."

Self-care is more important now than it has ever been.

Ury predicts mental health will be increasingly important to daters in 2022. A whopping 91 percent of Hinge users would prefer to date someone who goes to therapy, according to stats gathered from over 8,000 users this November. A smidge, under 89 percent, is more likely to go on a second date with someone who mentions therapy during the first.

This is especially interesting considering that only 8 percent of Hinge users surveyed feel comfortable mentioning therapy when meeting someone new. Given this information, Ury urges people to be open and vulnerable about how they're caring for their mental health.

"We are afraid to be vulnerable and bold about what's really going on for us," Ury explained, "but actually, when we share that information, people like us more, people feel more drawn to us, more curious about us, safer with us, [and] more likely to bring up their own mental health struggles."

In 2022, don't be afraid to divulge how you're taking care of yourself.

A whopping 91 percent of Hinge users would prefer to date someone who goes to therapy.

In keeping with the transparency theme, Ury predicts daters will be more forthright about their dating goals. She referred to this approach as "hard balling."

A good example of hard balling, according to Ury, is saying something like this on the first date: "Hey, I've been dating for a while and I'm pretty sure I want to get married and start a family someday. So, what exactly are you looking for?"

"It's not demanding a certain answer from someone," she explained, "but it's being very honest and vulnerable from the beginning about what you want, and asking the other person what they want."

There's already evidence that people want this. The number one prediction in Tinder's Future of Dating report released in March was that daters would become more honest and authentic in the future. Between 2020 and 2021, mentions of the word "anxiety" in bios increased by 31%, adding to the mental health conversation.

In a recent survey of over 1,000 U.S. users conducted by the app Coffee Meets Bagel this fall, 79 percent said they are more open and honest with matches now than they were before the pandemic.

Moving into the new year, daters are solid about what they want and are more than willing to express it than before. While the pandemic taught us we can't predict everything, the experts and data hint that in 2022, we'll run towards our desires with a newfound openness.