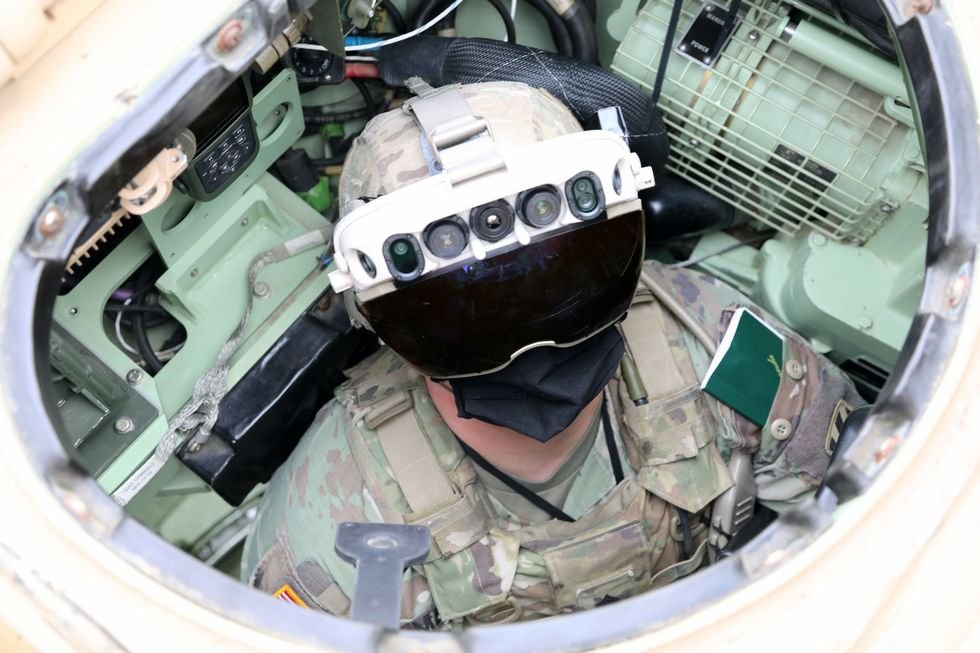 The U.S. Army’s new goggles can help soldiers see right through the walls of combat vehicles, which means infantry troops will have unparalleled situational awareness.

The Army is developing its Integrated Visual Augmentation System (IVAS) goggles for close-combat forces, including mounted and dismounted troops, particularly infantry. The service hopes to field tens of thousands of the goggles, which can also help soldiers see in the dark, check around corners, and even project digital maps and other data onto the lenses. 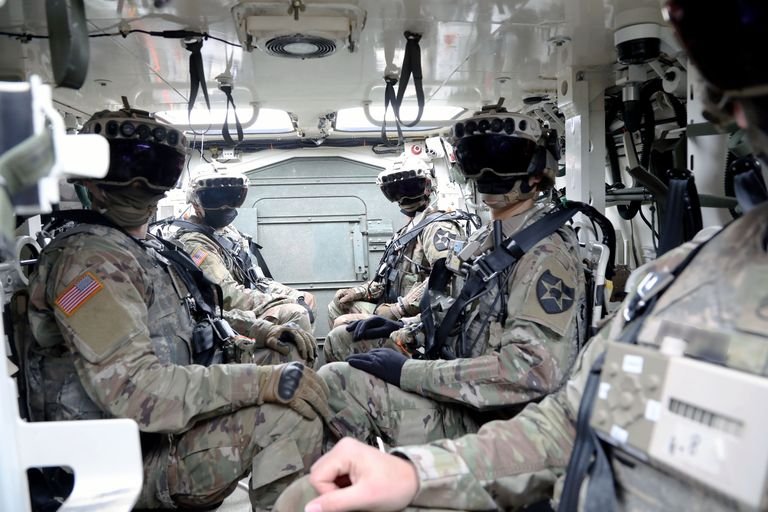 Because these goggles access feeds from the omnidirectional cameras mounted on the outside of armored vehicles, a squad of six soldiers, nestled safely in the back of a Bradley or Stryker infantry vehicle, can “see” through the walls of the car, getting a clear picture of the scene.

“Now guys aren’t hanging out of vehicles in dangerous situations trying to get views on what’s going on,” Sgt. Philip Bartel of the 1-2 Stryker Brigade Combat Team told the Army. He continued:

“Leadership will be able to maneuver their elements and get view-on-target without having to leave the safety of their armored vehicles. Maneuvering elements with that kind of information will minimize casualties and will overall drastically change how we operate and increase our effectiveness on the battlefield.”

The Army designed the IVAS goggles to act in a similar manner to the heads-up displays (HUD) on fighter jets. Like an HUD, the IAVS goggles project information including maps, video, and night vision across the soldier’s field of view. 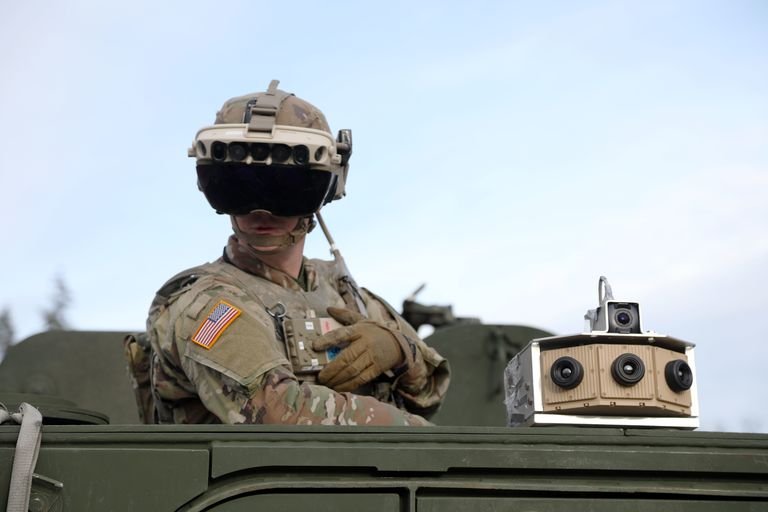 Soldiers have always had that sort of data at their disposal, but IVAS now gives them instant access, which is particularly useful during combat. Instead of digging through their pockets for a laminated paper map, soldiers can quickly call up a digital map on IVAS without taking their eyes away from the objective.

IVAS can also use a rifle-mounted thermal imaging night vision scope to project the soldiers’ surroundings across their field of vision. A soldier can point a rifle from behind cover or around corners and see through the scope, gaining a view that would otherwise expose the soldier to enemy fire. Soldiers can even use IAVS to access microdrone cameras as they fly over the battlefield.

A 2020 report on the IVAS system describes how soldiers train with the system. According to the Director, Operational Test & Environment (the department of the Pentagon that evaluates new equipment), soldiers with IVAS can:

Enter and clear six rooms as a team in a real-world building with virtual Synthetic Training Environment targets and content using synthetic M4 airsoft rifles and trackers. Following each experiment run through, warfighters received feedback about their performance including shots taken, kills, and shots received. Warfighters could replay their actions as avatars in a virtual after-action review.

Mechanized infantry, cavalry, and engineers all typically ride in the back of armored vehicles, for example. They know where they’re going, and where they’re supposed to be, but the soldiers often rely on a single screen or vehicle crews to let them know where they are in real time. Once the vehicle stops and the ramp comes down, the soldiers must quickly acclimate to their surroundings, determine where the enemy is, and orient themselves to carry out the mission. 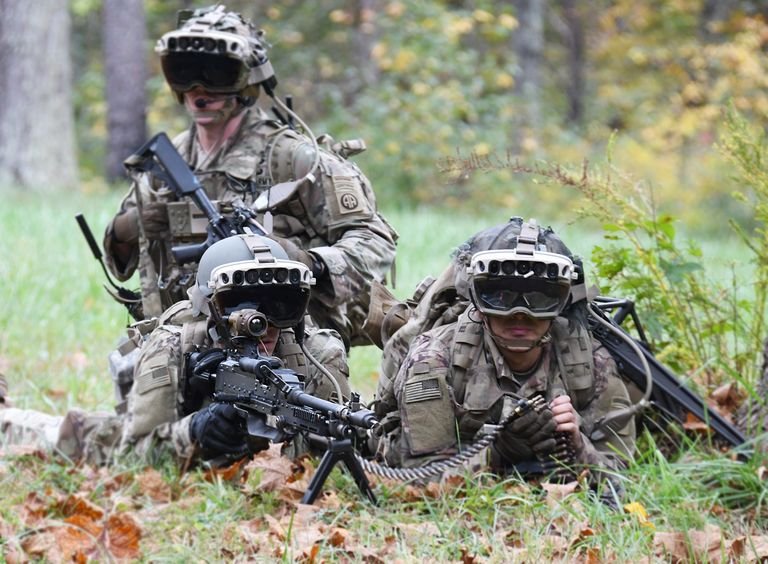 The Army is bullish on the IVAS system and requested to spend $1.1 billion to buy 40,000 of them—enough to equip every frontline soldier in the Army. Congress pumped the brakes on the program this year, cutting the requested budget by 20 percent. But the Army has already resolved many of the issues that concerned lawmakers, according to Jane’s.

Virtual Reality Training VR AR MR XR Army
Is it Possible for Me to Invest in the Metaverse?
Forget the metaverse — Labster raises $47m to build the ‘eduverse’
body's naturally ions used in to transmit data wirelessly.