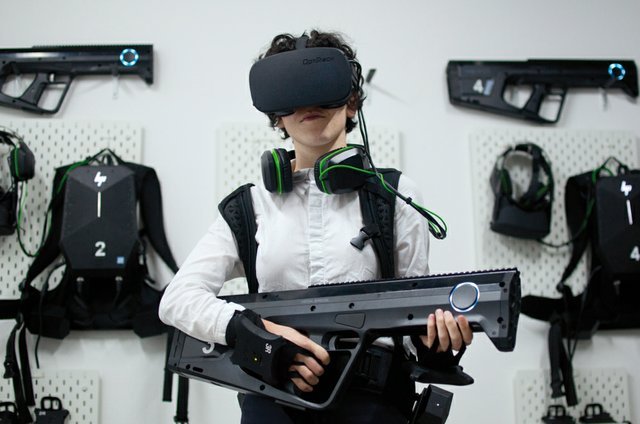 Striker vr make you say Åsta la vista Bibi., Striker vr, it's an automatic weapon for virtual space, not only do you feel like holding a real rifle in your hands, the weight and feeling real, but the striker vr also has a vibration like an actual weapon.

Striker vr is actually the first virtual-reality weapon that actually works in a precise and realistic manner. The key to Edon Guraziu's technology is to ensure an entire arsenal of realistic weapons that will give us an actual sense of virtual reality warfare. 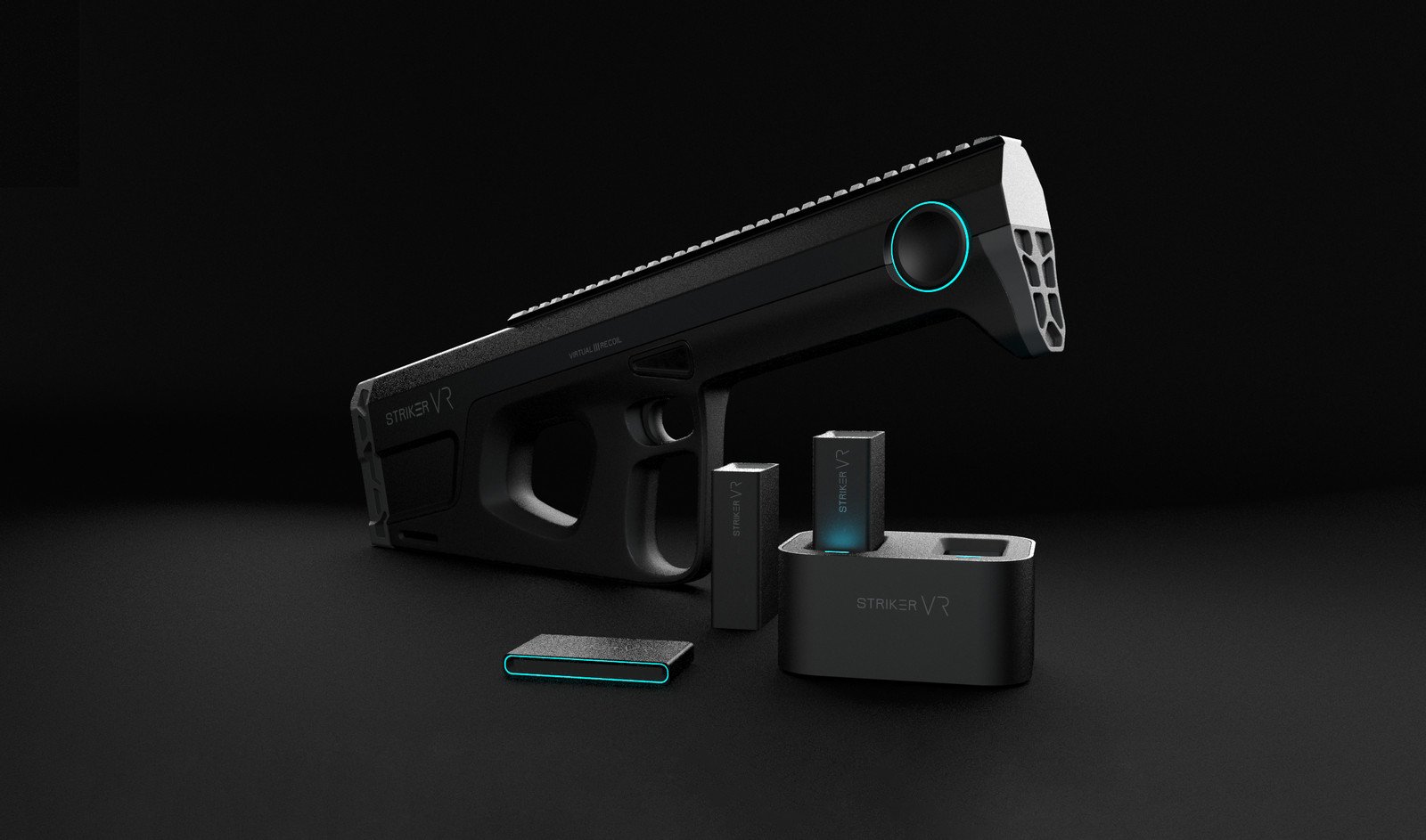 The shotgun which can disassembled and assembled, has all the qualities of a real weapon and the feedback it got from the seasoned warriors who tested the weapon made us feel it was very frustrating during the stage of the demo and that it was almost a real weapon.

The device will also support position tracking apps such as Valve's Lighthouse, Oculus, PlayStation's Move, HTC vive and, of course, all alternative models where the technology already built into the glasses. 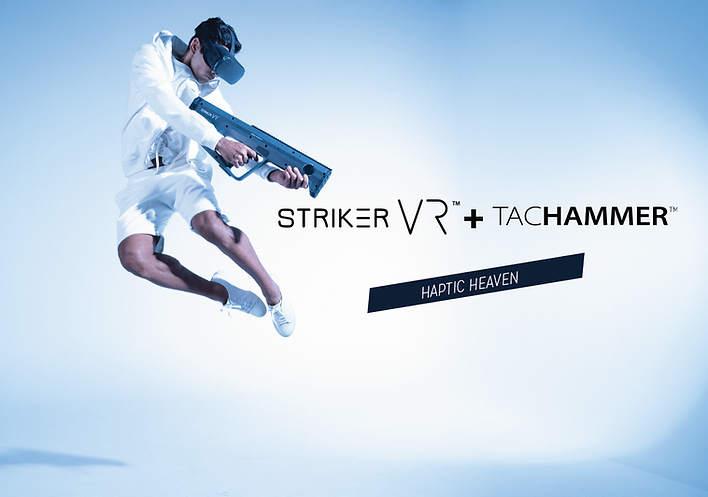 Based on patented TacHammer LMR technology, our new actuators use magnetic suspension technology to produce a wide range of haptics, including traditional effects like vibrations and clicks, and also high G-force affects. It is the largest production TacHammer to date, uniquely made for Striker VR products.

At Striker VR, we have always known our haptics for high G-force impact, and we’re proud now to support an even broader range of haptics, from subtle effects, like the rumble of a distant explosion to the throbbing heartbeat of a player.

Our partnership with Nanoport for LMR technology lets us bring Striker VR caliber haptics to not just the top end LBE market, but also to consumer level peripherals more broadly in the future.

“We worked with Striker VR to develop this new TacHammer, and it was quite a challenge given the tight requirements and large G-forces. Testing was particularly nerve-racking; the intense forces blew out our measurement equipment and destroyed the restraints that we initially used,” explains Kyle Skippon, development engineer for TacHammer.

vr gun meta
Lynx R1 ‘Ramping Up Production’ As First Headsets Ship
Apple's upcoming Metaverse headset could be years ahead of the pack.
23 Augmented Reality Trends to Keep an Eye on for 2023