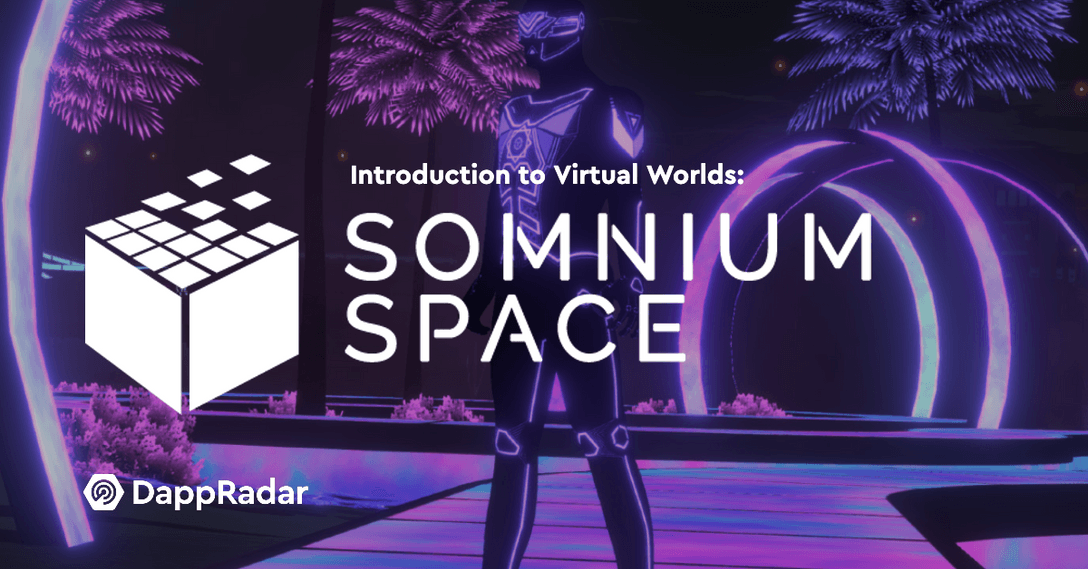 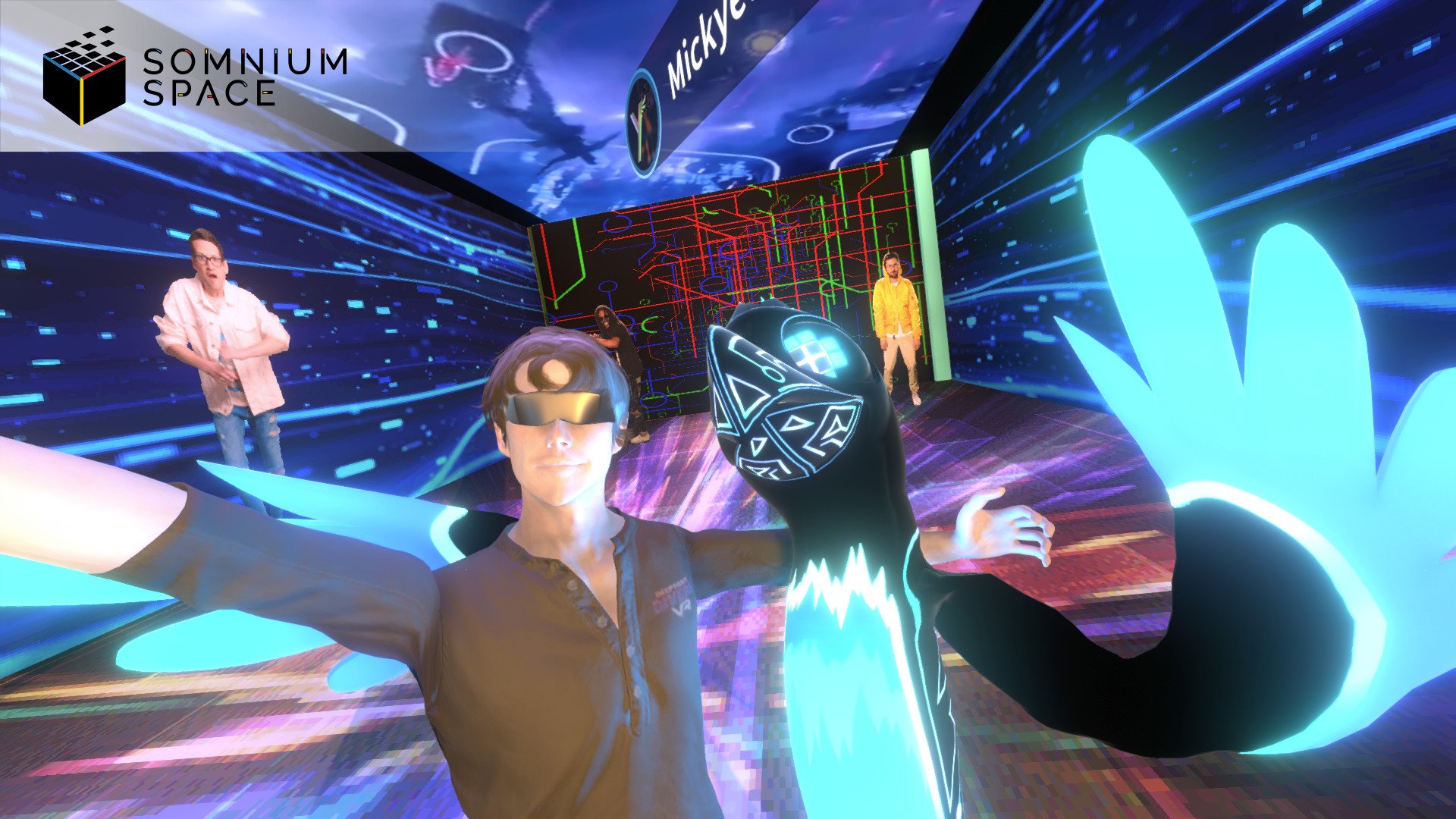 But who are Somnium Space, exactly?

You'd be forgiven if you hadn't heard of Somnium before today, but the company has been working on "the world's only VR metaverse built on blockchain" for a number of years. It runs the same-named social VR platform, which is available on SteamVR and allows users to purchase virtual land. In order to expand its platform, the company raised $1 million in 2019. 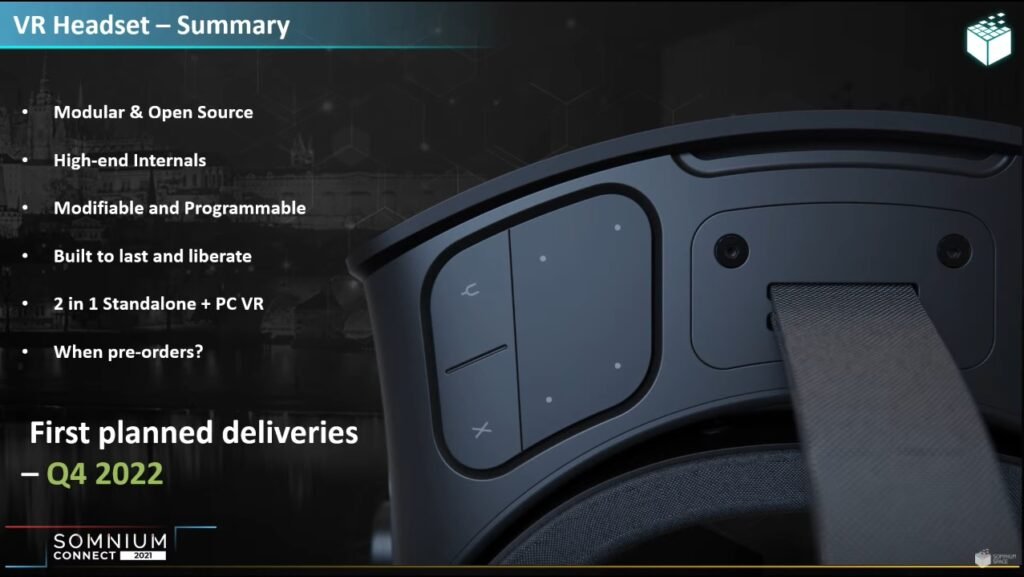 The headset was unveiled at Somnium's own 'Connect' event in Prague earlier this week (no, not that Connect). The device is powered by Qualcomm's XR2 platform, which includes 6DOF inside-out tracking via four cameras and 2,800 x 2,800 displays with a horizontal field of view of more than 115 degrees, according to the company. VRgineers, best known for its professional-grade XTAL headset, which comes in a variety of models with top-of-the-line specs for a high price, is also collaborating with the company to deliver custom lenses similar to those found in its own devices.

Other planned features include SteamVR access via both wired and wireless connections, as well as native Lighthouse tracking and controllers. To that end, the device will be modular, with interchangeable components such as the front faceplate and onboard buttons. Since early 2021, the headset has been in the works.

These are lofty goals, and it's worth remembering the challenges that many other small and medium-sized businesses have had in bringing VR hardware to market. DecaGear recently cut the price of its $450 SteamVR headset from $700 to $700, citing the realities of competing with Meta. Furthermore, many key aspects of Somnium's plans remain unclear, such as a reference to "researching Micro OLED displays," which would undoubtedly alter the product's shape and form dramatically.

So, why does Somnium claim to be working on a device like this? It's to release a headset that customers truly "own," with an open ecosystem that allows them to do whatever they want with the device, according to founder and CEO Artur Sychov. "We've seen a trend where many VR companies, big companies, started to close their ecosystems, creating these silos of closed ecosystems, and we, as the metaverse company, can't afford to risk being dependent on other ecosystems," Sychov said on stage during the event. 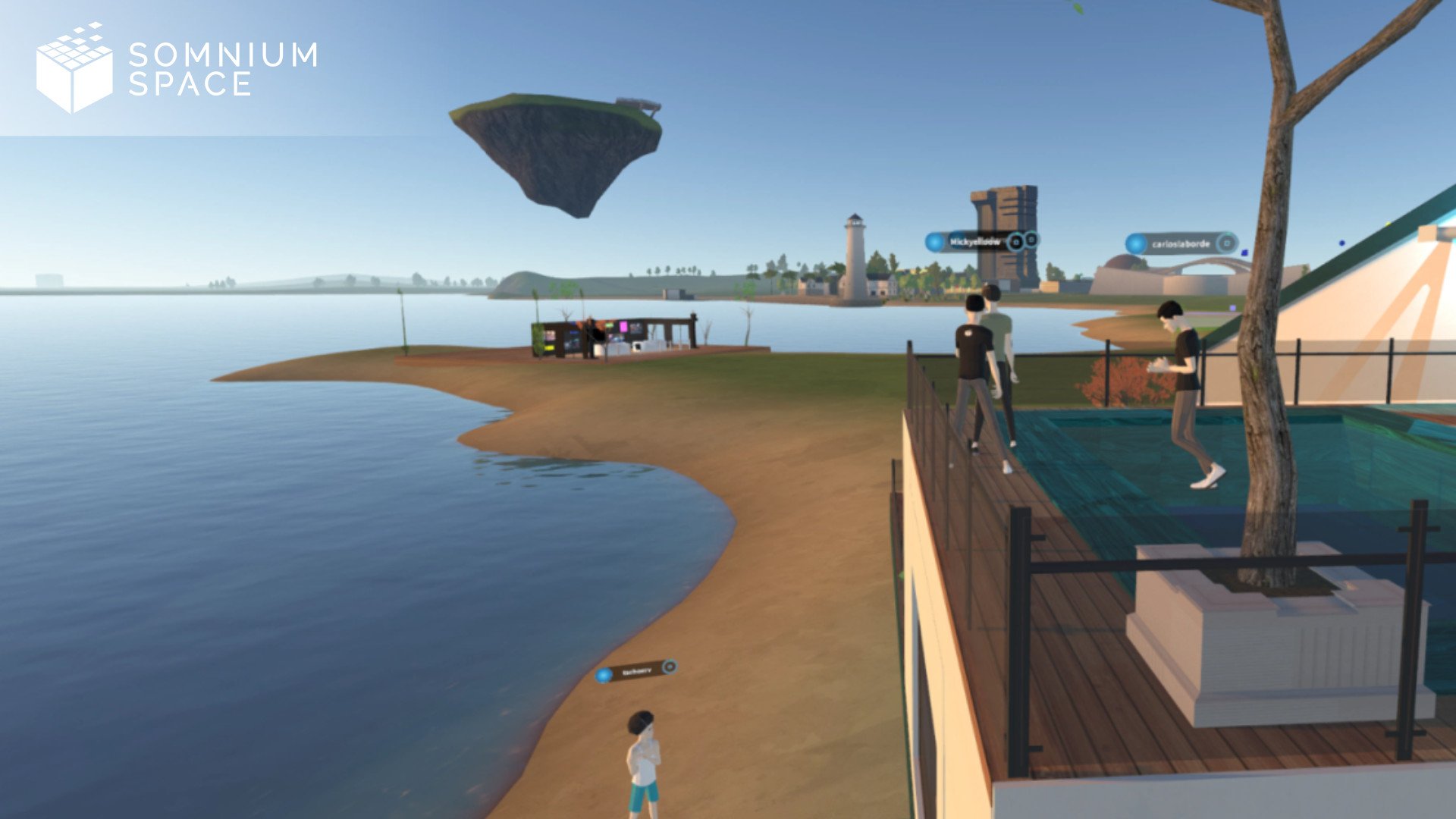 Somnium says it will ship its first headsets in Q4 of 2022, but there will be no pre-order campaign. Sychov stated, "We won't take your money until we're ready to ship." "Perhaps a little earlier." The exact price of the device has yet to be revealed, but it will be crucial in determining how widespread adoption and developer support Somnium will receive. Expect the headset's own take on the metaverse to be a major focus if its plans come to fruition.

What are your thoughts on Somnium's VR ambitions? Please let us know in the comments section below!DecaGear