Facebook announced an augmented reality (AR) glasses initiative in September 2020, which would help users better understand the worlds they live in and provide useful information to help them in their daily lives. The project, dubbed Project Aria, was created solely for research and built on the company's existing AR/VR expertise. For a long time, VR has dominated discussions about immersive reality, while AR has taken a back seat–but Facebook is determined to change that. Project Aria is the company's newest strategy for maximizing the potential of augmented reality and, hopefully, enabling better products in the future.

What Is Project Aria All About?

Project Aria is a group of augmented reality glasses that will eventually superimpose contextualized information and messages around the wearer's field of vision. 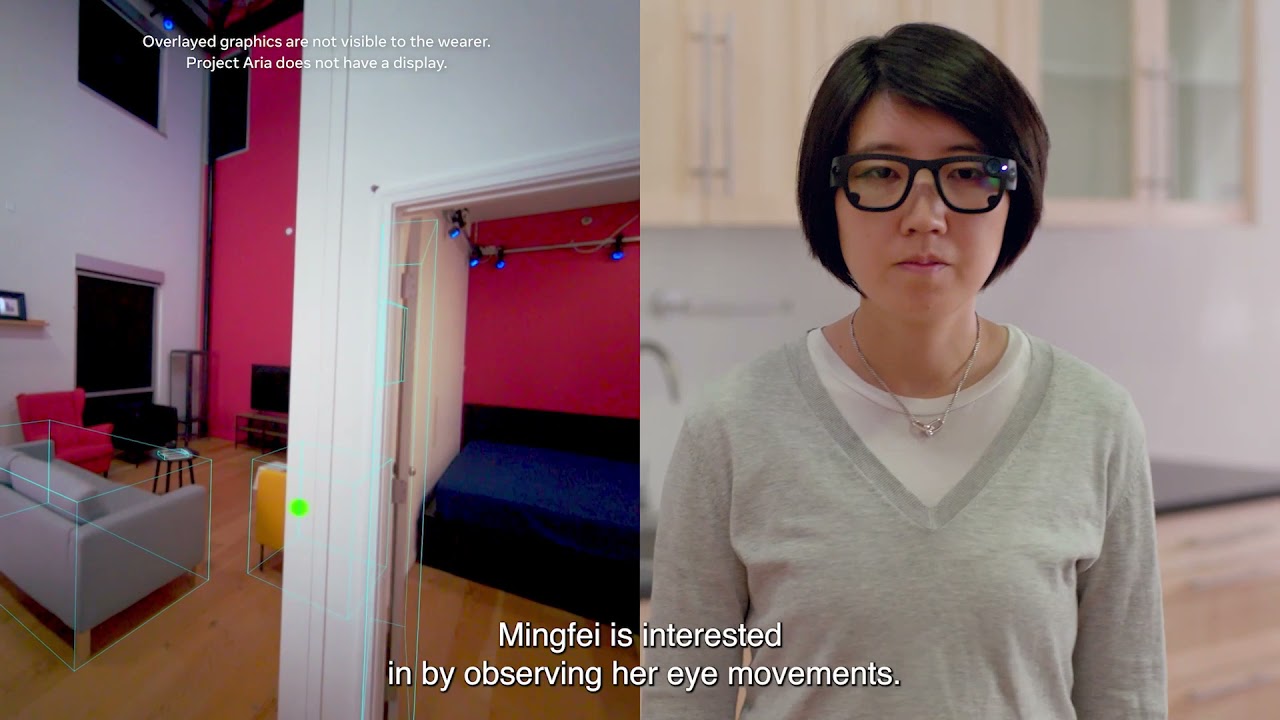 When someone wearing Facebook's AR glasses looks down a street in a new city, for example, they will automatically see directions and shopping information. However, much of this is still in the works, and a successful market entry will cause two things:

Project Aria formalizes Facebook's (now Meta's) efforts in these two directions, with the goal of developing a body of knowledge that could one day serve as the foundational data repository for contextualised AR experiences via smart glasses. Remember that the final product will not be called Project Aria; the current devices are only for research, and a consumer-facing product has yet to be imagined. Importantly, research participants cannot see or hear any of the data they collect.

Project Aria was unveiled during Connect 2020, and this time at Connect, Meta spoke about the progress they have made.

1. Predictive (as well as perceptual) abilities

Meta believes that in the future, AR glasses will predict what the wearer will do next. If you're looking around the living room, for example, the glasses may detect that you're looking for your TV remote and highlight its location. Meta announced at Connect 2021 that progress has been made in this direction, using a combination of AR glasses and handheld devices.

Meta established a set of Responsible Innovation Principles to guide data collection and technology development from the start. Respect for privacy and consent has always been a priority for Meta, which is why it has announced that some of its contractors and employees in the United Kingdom, the European Union, Switzerland, Singapore, Canada, and Israel have collected data in their homes with the consent of family members. In addition, data was collected in public spaces in a few locations in the United States and Singapore.

This is an important update that shows the feasibility and scope of the Project Aria research initiative. Meta has deployed 800 research devices around the world in just one year. It intends to rapidly increase numbers in the coming quarters, with the goal of reaching 3000 devices in total.

In its initial announcement, diversity & inclusion did not receive too much mention, but it is definitely a focus area this year. Meta has realised that there is a risk that the research project will be limited to developed or privileged regions, skewing datasets unfairly against minority groups.From November 2021, it will open up participation to a much wider group of employees and contractors, as well as paid research participants while factoring in diverse genders, heights, body types, ethnicities, and abilities.

5. Contributions to the academia

Ego4D, a merged knowledge base of egocentric or first-person data that could one day power contextualised AI, was announced by Meta in October 2021. While it's unclear whether all of Project Aria's data will be shared through Ego4D, it's a step in the right direction because it brings together 13 universities and labs from nine countries. Meta funds Ego4D through academic donations to taking part in institutions.

Meta began the initiative in collaboration with Carnegie Mellon University, and it has since partnered with BMW, its first industry partner, in the last year. The two companies will look into how augmented reality can be integrated into future vehicles, as well as how data from vehicles can assist an AR glasses-wearing driver. Meta has also partnered with the National University of Singapore for research.

While Aria is not intended to be used by the public, Meta has submitted a user manual to the Federal Communications Commission (FCC). The document is detailed and includes a lot of new information about the Project Aria glasses. For example, they have no visual AR component (only data collection), can be ordered with prescription lenses, work with the Ariane mobile app, have a 4-camera setup, use a Qualcomm chipset, and are dubbed "Gemini."

Meta will look to sign on more research participants, industry partners, and academic institutions for Project Aria throughout the rest of 2021 and, most likely, 2022. Individuals collecting data will wear distinctive clothing and other identification, and people can request that any data be deleted according to the company. For the time being, one Project Aria real-world application has gone live: a 3D map called Live Maps that can be used by future contextualized AI-powered AR glasses. On a completely unrelated note, Meta's newest AR glasses, Ray-Ban Stories, were released this year. The device can take photos and videos, listen to music, and make phone calls, though without an augmented reality overlay, for $299 onwards.