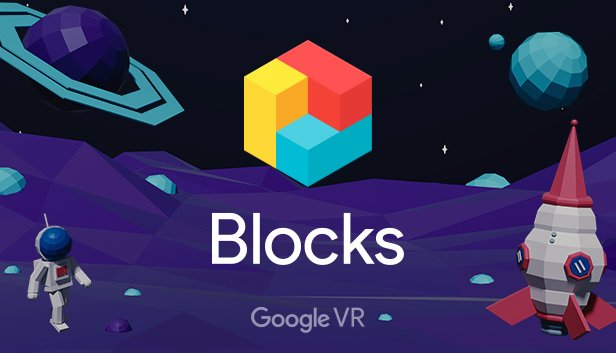 There are plenty of would-be developers dreaming of opportunities to build their own 3D experiences in a world defined by rapidly growing XR opportunities. For a long time, the ability to create 3D models for virtual reality experiences was something only the most forward-thinking technology companies with the right high-end software could do.

However, as virtual reality becomes more mainstream, the development environment becomes more accessible. Google, one of the world's largest technology companies, is no more receptive to the idea of allowing tech enthusiasts access.

For years, the brand has provided solutions for those interested in machine learning, artificial intelligence, and the Internet of Things. Google now has technology that is specifically designed to make VR building easier, such as Google Blocks.

What is Google Blocks VR?

Google Blocks is a handy development tool that makes creating 3D models fun, simple, and accessible to everyone. Blocks, like many of Google's assets, is elegantly simple, with a choice of six tools for users to unlock, allowing them to create models as complex or as simple as they want. The following are some of the available tools:

Google Blocks, which is available on the HTC Vive and the Oculus Quest, provides today's developers with limitless creative possibilities. The modeling app simplifies VR sculpting while also addressing some of the issues that have plagued previous "creation" platforms.

Tilt brush, for example, is a great tool for creating 3D meshes, but it doesn't follow the typical workflow of a 3D modeling program and isn't self-contained.

Alternatively, sculpting programs like those offered by Oculus are usually voxel based, which means they’re only suitable for specific use cases. Google Blocks was introduced as a kind of an alternative branch for 3D modelling within the VR world.

Instead of just painting or drawing, you can spawn a huge range of shapes, then use your VR controllers to manipulate the edges, and faces. This was something most developers couldn’t achieve before.

Google Blocks brings the potential of VR development into the CAD and architectural design world, so it can appeal to a wider range of people. You can even visit the Google Blocks website to see some of the creations built by existing artists.

Google aims for simplicity in the Google Blocks experience, to make it as accessible as possible to the widest range of people. The idea with Blocks is to ensure everyone can make something in VR.

However, you may find that you still need a decent amount of experience with 3D modelling if you really want to see your designs come to life in this realm.

When it comes to moving shapes and interacting with edges, there are some limitations to what you can actually control. There are also a lot of advanced features that you might need if you're trying to make something unique in the VR world.

However, this isn't necessarily a bad thing, because by limiting advanced capabilities, Google is allowing more people to experiment with virtual reality creation. The following are some of the advantages:

Designing on an app like Blocks has its advantages and disadvantages. On the downside, you'll be without a number of tools such as layers, transform tools, and Boolean, which may be required for more involved design work.

Because the Blocks experience is intended to be as simple as possible, you're also limited in how much you can actually do when interacting with each shape and design.

While advanced creations may not be possible with Blocks, the app still has a lot of potential. The app is a fun way to learn the fundamentals of prototyping, 3D modeling, and creative planning.

You can explore and bring to life your creative ideas like never before, allowing members of your team to interact with them.

Blocks is a fun way to see what design in VR could be like, and it's a good place to start if you're new to 3D modeling. You can create a variety of models quickly, easily, and effectively to share with your team. Even better, you can have a good time while doing it.