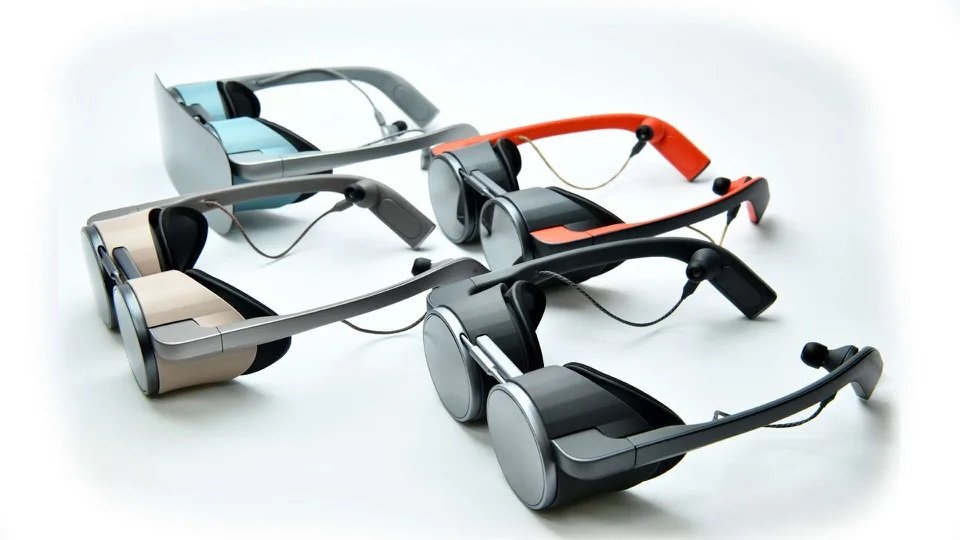 The glasses - and they are eyeglasses, not VR glasses - offer technical improvements over other solutions in the market. The OLED micro-plates, developed by Panasonic and Kopin, are of exceptionally high resolution and have almost no hint of the "screen door effect" that annoys anyone dealing with virtual reality.

Importantly, for the moment, these are the first VR glasses to support HDR. The demo was impressive in the virtual reality visitors visited inside the Japanese temple, with lights that bounce and realistic gilded decorations.

Panasonic has used its own audio technology in headphones, with the drivers of the technique being in the headphones themselves and providing rich and dynamic sound. The company claims it has also used optical designs from Lumix's camera division and signal processing technologies found on its televisions and Blu-ray players.

The prototype unit I tried had some obvious limitations. The OLED micro-plates were smaller than they could be, resulting in a square image with a lower viewing angle than traditional laminated reality glasses. The glasses were also a little heavy front and slid down my nose every time I leaned forward, and the cables only complicated the complete process for me. This is a module that is not functioning properly, the company guarantees that it is in the BETA phase and the model that will soon presented of the expected final product.

Panasonic will never sell glasses as consumer goods. Instead, the tech giant seems to plan more on commercial applications that could grow alongside operating 5G networks, such as virtual travel - virtual sports. Japanese companies talk a lot about things like this year, given the Tokyo Olympic Games and the fact that 5G services have yet to launch.