Myst, originally published on Macintosh in 1993, engulfed players in a first-person adventure that both visually and conceptually, was truly ahead of its time. Back then, real-time 3D rendering was still in its infancy, so there was something remarkable about the rich pre-rendered worlds of Myst and its simple (but efficient) story, which was told through 2,500 point-and-click stills. Cyan, the same studio that helped pioneer the genre of adventure games with the original Myst, has now redesigned the game for traditional monitors and VR headsets from the ground up, first releasing on Oculus Search. Peeling back the nostalgic sheen, it's clear that Myst still has something special, although it's certainly a product of its time.

Note: In the mid-90s, my first and only experience with Myst was, and I never finished it as a child. Most of the game is completely new to me, so as a (almost) entirely new player, I'm approaching the analysis. Any of our readers, either the original or the remaster on a PC from 2000, probably played Myst before. I will also dive into the overall execution of the game on VR headsets.

I just recall brief glimpses of Myst in the '90s as a child. I would look over my mom's shoulder quizzically, not really understanding what the heck was going on as she worked on her home office desktop through the game's many puzzles. With Riven (1997), the sequel to Myst, I finally got into puzzle adventures, but only after I got my machine and my brain was decidedly less mushy and dumb.

When I first and possibly last saw Myst in the flesh, I was 10 years old. My mom admits she never completed it she was too busy writing novels and trying not to go crazy with two rambunctious kids in tow, a built-in aspect of the former life of my dad as an officer in the US Air Force, from the constant movement across the world. My nostalgia for Myst is pretty surface level, because I have never really played the game and have only vague memories of spaceships, switches, and two outstanding brothers locked in books that would scream at you. They didn't seem beautiful. 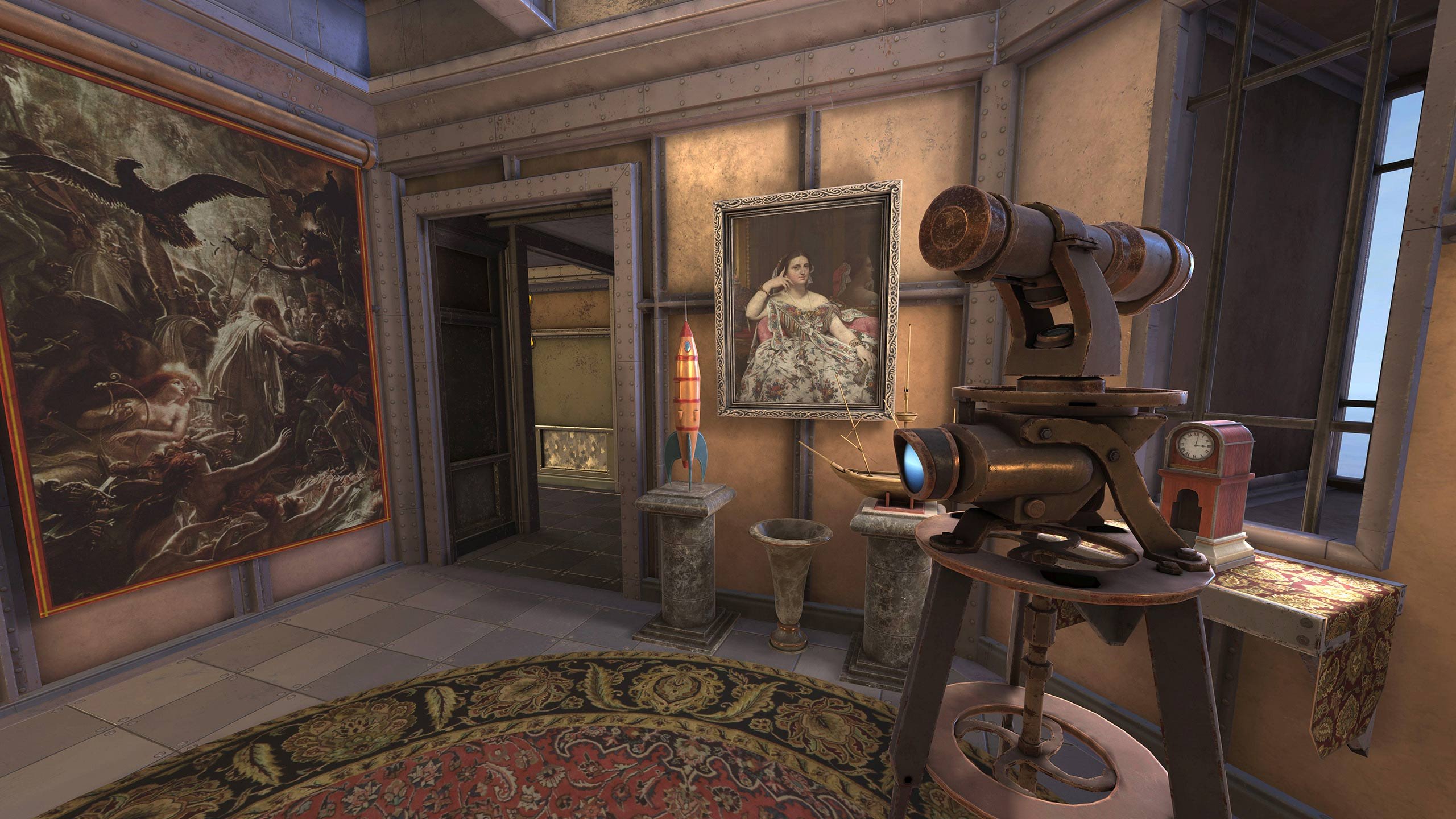 However, forget the nostalgia. Playing the new Myst on Quest feels a little like teleporting someone purposely broken inside a giant mechanical clock and then loading them with scraps of paper on how to repair it. You can't break the clock any more than it was by fiddling with the gears already broken, but you can't repair it that way either. Everywhere, you need to look and write clues.

The new Myst also allows you to randomize puzzle solutions if you're looking for a new challenge.
The linearity of Myst's puzzles often seems positively obtuse for a modern game, though: find a hidden note to find a hidden code to push a button to reveal a lock to open a door. Lose a plastic widget, though, and you'll trapped in an endless loop of misery before you can locate it, slot it into place, and continue on your path. It's no harder than assembling an IKEA shelf. That's not to say all the puzzles are that way. A few are very great and make you think. 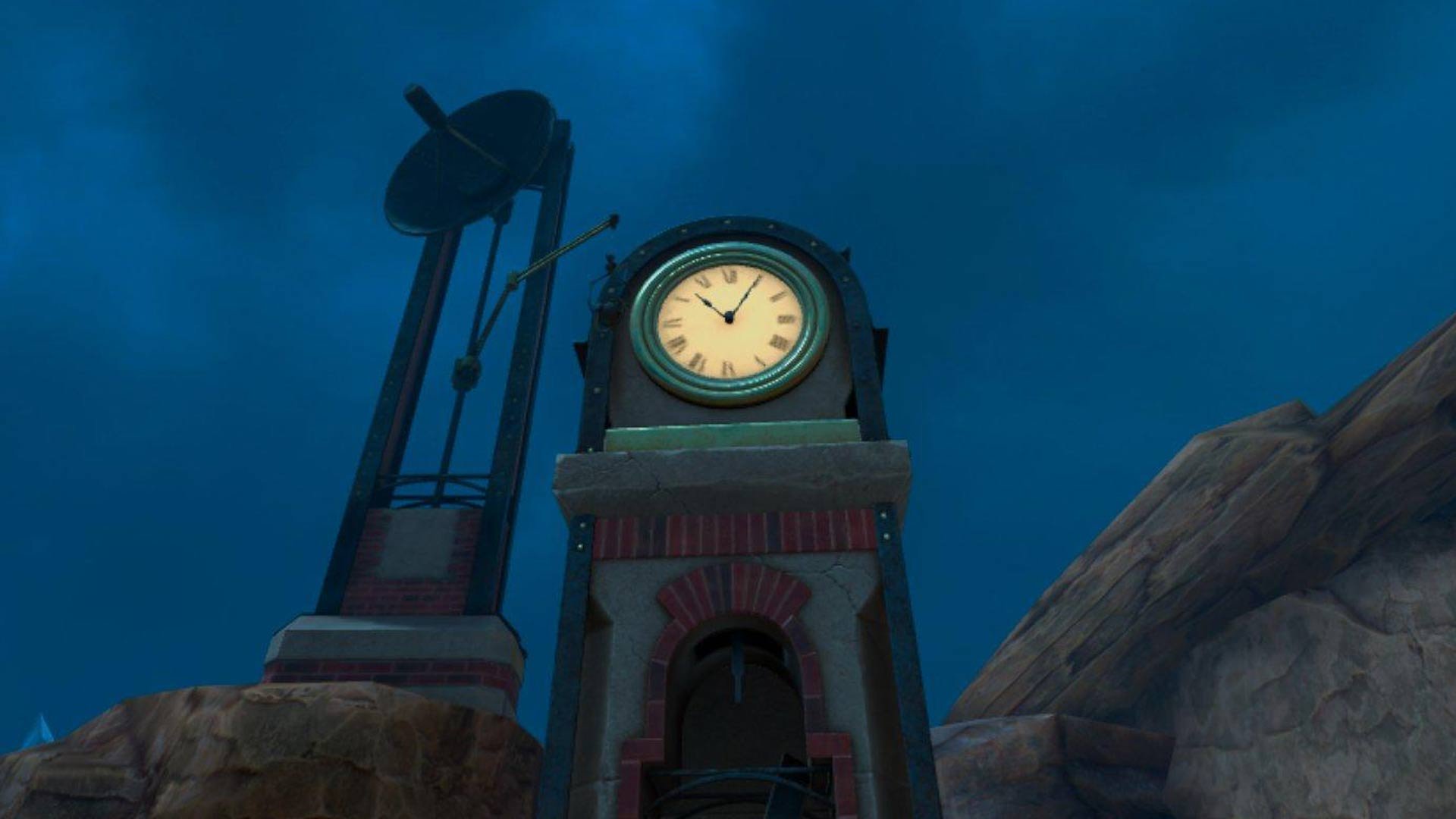 But in many situations, for new players, puzzles will (put it mildly) be less than fun. However, in the plush, immersive world of real-time graphics, I can see how nostalgia can fill the gaps for someone who wants to experience it all over again.

There's always something about Myst, however fastidious, and even more so now that it's in VR. I found the old school approach to game design to be refreshing at some stage, and actually more immersive at points in an era of endless voice overs and omnipresent 'helpful' NPCs asking you where to go next. I was alone, completely alone, and I would have to dig deep and do something that I usually hate to do in games if I wanted to get off this damn island: read and pay close attention.

In reality, reading in the game is a fairly natural experience, making books more like actual items that attract your attention than on-screen guides you click through mechanically before you get to the good parts. All the game's books stored in a central library, which does some of the heavy lifting in terms of world creation. And they do not write the text guides; some have hints and diagrams, and some only tell the tale of Sirrus and Achenar, the gentle Atrus and his two boys.

His kids are rotten turds in their own special ways, without spoiling the plot. You must complete each of the four worlds of the game called 'Ages' to retrieve pages from each of their books, locked within their own books within the library. With the last collection of pages, who should you release? Yeah, it depends on you. Based on your last option, there are four different endings, and you can save them anytime you want to experience them all. 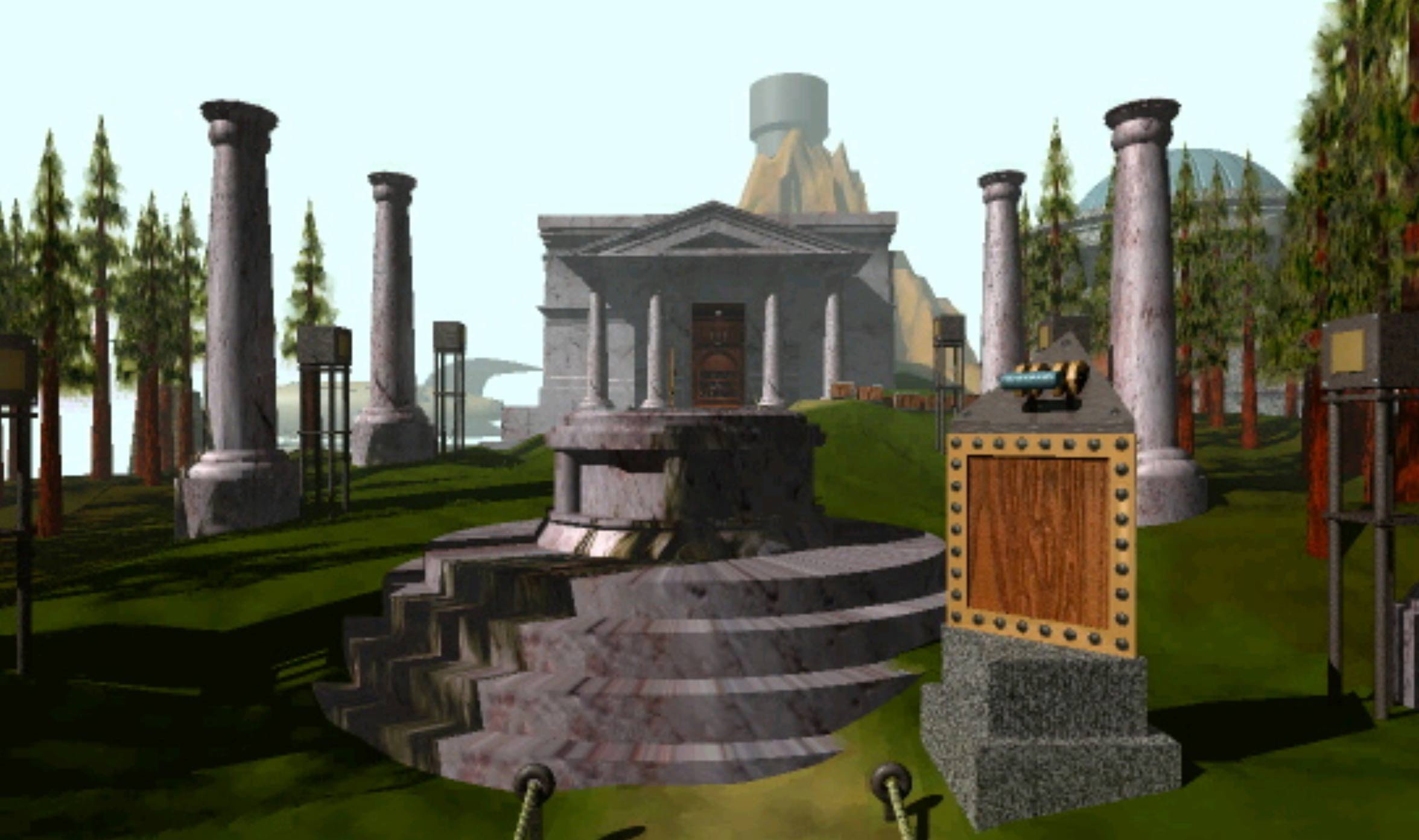 There are quite a few items that don't translate to VR, or any modern gaming platform despite the fascinating settings, often enjoyable puzzles, and the game's pedigree as a pioneer in space.
Obviously, two puzzles based on trial and error, asking you to write any time you find yourself in a dead-end. That's furious, and even more so when you're desperately trying to remain in-headset so that the fragile spell of immersion doesn't break. More below on that.

It took me about eight hours to finish Myst, with another hour spent experiencing all the various endings, and going back to prod around Easter egg devices or potential solutions (there don't seem to be any). I have miscellaneous experiences of Myst. Some puzzles are fantastic, some are time-wasters that are infuriating, designed to test your resolve.

How the environment has reconstructed for real-time gaming is one of the key aspects you can find. You can pick up books, pull levers and slide open doors physically. However, object interaction is really very basic; when you grip an object, your hand disappears, becoming an orange orb that only returns to its grey plastic mitt when something has released. When you let go of them, physical items still snap back magically to their anchored position, which is understandable, if not a little immersion-breaking, if you just want to move a book or note between hands.

Keeping true to the source material, except for a few errant butterflies flapping about back at Myst, there are no other beings within the universe. In terms of complex animations, because it's pretty barren, it feels like Cyan had a decent overhead to keep things looking pleasant on Search. It is a little sterile, but it's especially well done for a remake. 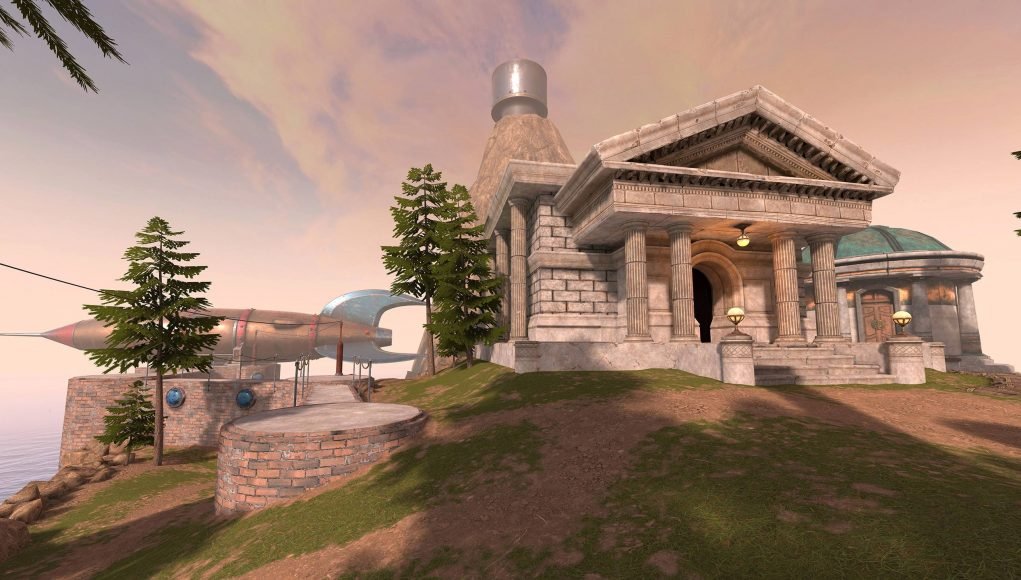 But like the original, there is still no real inventory or way to take in-game notes, which, considering the physical VR agency of the player, seems counterintuitive. Cyan says they're soon adding an in-game note-taking feature, but you're going to be stuck decoding the complicated puzzles of the game with old-fashioned pen and paper for now. Gap of the nose praised.

Using Quest's native system-wide camera feature, you can take snapshots of clues, but you will have continuously popped out of the game to browse through your library: a total pain in the butt in terms of immersion. If the game lets you draw in the upcoming update with a virtual pen and paper, for the Selenitic Era which houses the worst most useless maze in the game, you'll still need the real thing.

However, one of Myst's shining moments is the sound design of the game. Positional audio is important in puzzles that work with running water to keep you on the right path, as you follow successive networks of pipes across the map. It also lets you know when it has properly activated by a far-off mechanism and in which direction you will locate it.

Convenience
Variable snap-turn and smooth turning are both characteristics of Myst. We can also switch smooth forward locomotion and teleportation on the fly which can be useful when climbing twisting staircases that usually make me queasy. There are no vomit-inducing rides to think about either, so it can be a very fun experience for Myst.

That said, you're likely going to run from one clue to the next at full clip, or running back to a turn that you forgot to put to head to the next step. The walking pace of the game seems a tad too slow, and its running speed is a tad too fast for convenience.

Thankfully, as it has both an auto height detection feature and manual change to keep you where you need to be, Myst can play either seated or standing.

vr games oculus games quest games
Lynx R1 ‘Ramping Up Production’ As First Headsets Ship
Apple's upcoming Metaverse headset could be years ahead of the pack.
23 Augmented Reality Trends to Keep an Eye on for 2023