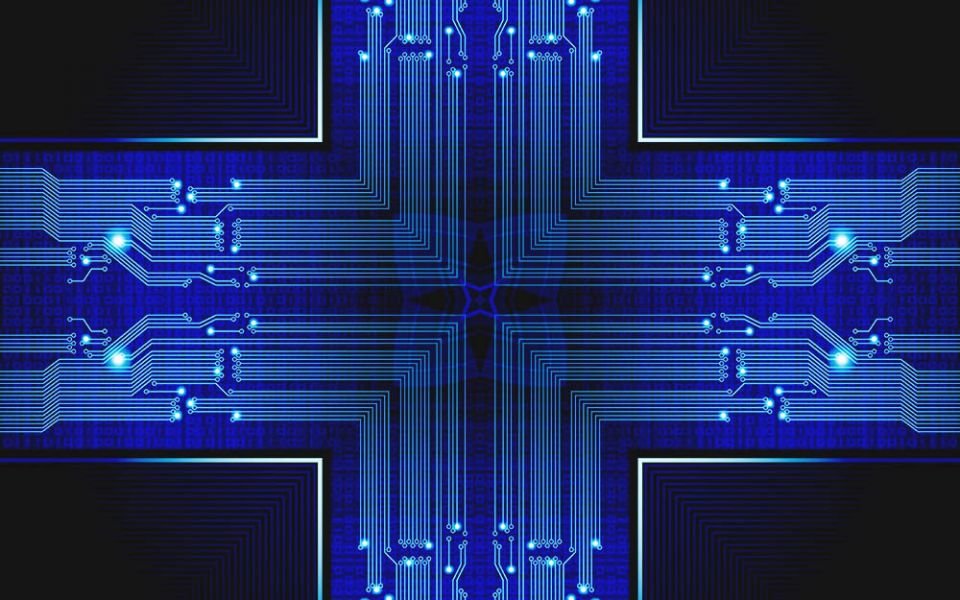 The Facebook Church is on its way to capturing the human soul in silicon. The New York Times reported on July 25 that the social media behemoth has been quietly cultivating exclusive partnerships with select religious communities since 2017. Money is involved, as it always is.

While Facebook's ultimate goals are still shrouded in secrecy, the Times article does hint at what's to come: "The company wants churches, mosques, synagogues, and other religious organizations to integrate their religious lives into its platform, from hosting worship services to socializing more casually to soliciting money."

The Times continues, "The partnerships reveal how Big Tech and religion are converging." "Just as it has shaped the future of political and social life, Facebook is shaping the future of religious experience."

Every digital prayer will be scooped up and turned into a data point, if Facebook's history is any indication. Preachers who deny the sanctity of LGBT lifestyles will be flagged and punished as "extremists" if they livestream their sermons. Best of all, smartphone addicts can donate their last widow's mite by simply pressing a virtual button. Doesn't it sound like a little slice of heaven?

In the Metaverse, Getting Saved

The Facebook Church is just one part of a much bigger picture. The Verge published an in-depth interview with Facebook founder Mark Zuckerberg three days before the Times article about his ambition to "bring the metaverse to life." The term refers to the blending of physical reality, mixed reality, augmented reality, and virtual reality into a warped synthesis of 24/7 screentime.

Neal Stephenson coined the term "metaverse" in his dystopian novel "Snow Crash," published in 1992. The author envisioned the decadent virtual world as a haven from a bleak society dominated by mega-corporations. We're supposed to believe the Metaverse will be a great place to live now that it's being funded by Silicon Valley oligarchs and Wall Street traders.

In a recent interview with The Verge, Zuckerberg described the Metaverse as a "embodied internet" — "the holy grail of social interactions" — where we can work, play, and have a "sense of presence" alongside teleporting holograms. Within the next five years, he predicts, Facebook will "transition from people seeing us as primarily a social media company to being a metaverse company," around the same time Elon Musk hopes to achieve digital telepathy through brain chips.

It will also be a spiritual endeavor, according to Sheryl Sandberg, Facebook's chief operating officer. She told the New York Times, "Faith organizations and social media are a natural fit because fundamentally both are about connection." "We hope that one day, people will hold religious services in virtual reality spaces as well, or that they will use augmented reality as an educational tool to teach their children about their faith."

Imagine a synagogue where a holographic burning bush recites the Decalogue, or a cathedral where saint icons speak directly to you, or perhaps Hindu temples with animated deities waving their many arms. False religion's future is immersive idolatry. Facebook is poised to lead this spiritual revolution, with 3 billion users worldwide and no sense of sacred boundaries.

From the New Atlantis to Techno-Occultism

When you look at the people who are behind techno-fetishism, you'll notice that they frequently use spiritual metaphors to describe digital culture. Smart devices are capable of performing all of the miracles promised by religion, and at a reasonable cost. It's a fantastical realm with a long history.

Francis Bacon describes a technocratic utopia with "perspective-houses, where we make demonstrations of all lights and radiations" in his unfinished 1626 novel "The New Atlantis." We find ways to represent things close as far away, and far away as close." The pioneering scientist warns against "miracles" that are based on vivid mechanical "illusions." Bacon imagined holograms as early as the 17th century. His New Atlantis has already arrived on your laptop screen, in a sense.

In a strange turn of events, the first Apple computer was sold for $666.66 in 1976. The numeric symbolism has a dark resonance in the Christian imagination, despite Steve Wozniak's cuddly insistence that it was just a fluke. The mythical implications can be appreciated without being superstitious. A large decal on the front window of the famous Apple Museum in Prague, Czech Republic, read: "Three apples changed the world." The first enticed Eve, the second inspired Newton, and the third was half-eaten by Steve Jobs and offered to the world."

These infernal archetypes excite a lot of people. Timothy Leary's classic essay "Digital Polytheism: Load and Run High-tech Paganism" was published in 1988. "Today, digital alchemists have at their command tools of a precision and power unimagined by their predecessors," writes the High Priest of LSD.

"Computer screens ARE magical mirrors, capable of displaying alternate realities with varying degrees of abstraction at the touch of a button" (invocation). "The art and science of causing change to occur in conformity with our will," wrote Leary, quoting Aleister Crowley.

Leary, like many techno-fetishists, was as obsessed with Crowleyan "magick" as he was with psychedelics and cybernetics, which is a curious fact. Crowley's catchy little ditty, in fact, opens his essay:

We place no reliance

On virgin or pigeon;

Our Method is Science,

Our Aim is Religion.

Building Back Better with Corporate Religion

This mystical link isn't the result of some hidden plot. For example, on Good Friday 2020, Microsoft released a controversial ad for their HoloLens 2 mixed-reality glasses, while religious communities were forbidden to gather in person and forced to worship online. Marina Abramovi's art exhibit "The Life" was featured in the advertisement. We see goggled hipsters posing in front of a posh gallery, looking pleased with themselves. The "Spirit Cooking" sorceress appears out of nowhere, dressed in a red gown.

"I believe that the art of the future will be art without objects," says Abramovi. "Immortality has always been a great ideal. The work of art will live on after you have passed away. I'll be kept here indefinitely."

You don't have to be a crazed dot-connector to see the profound symbolism in the ad, which is as tacky as it is sinister. It's just one manifestation of a growingly influential worldview.

Microsoft and Facebook, by the way, are two of the many XR Association partners working together to bring the Metaverse into our daily lives, from basic infrastructure to spirituality. Leaders in the effort include Google, Sony, and HTC. The XRA website promises that "immersive technology will play a critical role in America's drive to Build Back Better." "The physical and digital worlds will merge at an unprecedented scale over the next decade."

While citizens argue about vaccine mandates and debt ceilings, Big Tech is creating a parallel universe for a new species of human to live in. At the moment, the "magic mirrors" that allow us to enter that world are touchscreens in our hands. We'll be sporting them on our brows in the coming years. In the shadow of a homogenizing corporate umbrella, each of us will be free to spiral off into our own insignificant reality, playing make-believe. It'll be a slice of heaven on Earth.

That's fine if you don't believe the story. Don't be concerned! The powers that be will simply buy it for you if Zuckerberg's proposed universal basic income is generous enough.