How is the world going to show through virtual reality? 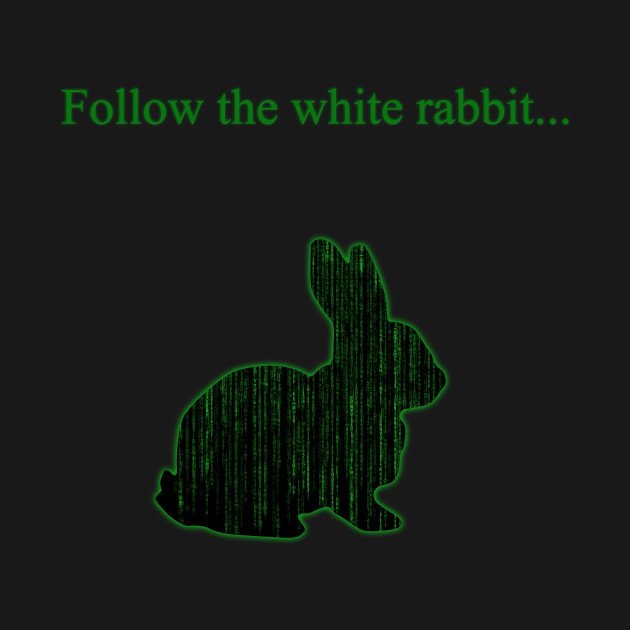 How is the world going to show through virtual reality?

In the year 2029, there are no traffic jams, I sit in an autonomous vehicle that takes me to the sea; the sky is full of riders taking packages and flying cars, the streets where I travel quite empty since everyone has moved to live and work in virtual and integrated reality.

My AI assistant sits beside me as a hologram and introduces me to the news of the day, in Elon Musk News talking about the success of the Mars colony, I just got a call: Dad, yes, and my daughter appears as a hologram in the driver's seat, this is my daughter July calling for human collaboration from the new International Space Station, she calls to show me the first life strain she has discovered.

In 2029, there is no money as you know it, everything measured by how much you give to society, and so you rewarded, the more you give to others you have more to yourself, the world is no longer run by politicians, and everything controlled by artificial intelligence that has the smartest human level, all in automation, and Man works in virtual reality in virtual-built jobs to employ humans.

Big commercial companies have solved the labor shortage in the world by creating virtual jobs, and not that computers can't do it, only some people have to work.

While there is no world peace, but there is a global interest in maintaining stability, the surplus period of information and lies gone from the world, with the help of advanced AI software we have all the BIG DATA and mess, quantum computers are so great that they solve our problems as minds think News, most of us have lost in the real world and moved to what is convenient for us in virtual reality.

It's not about glasses or accessories. It's about a device that puts us in a voluntary matrix mode, there's an idea for Matrix 4, we just wanted to be batteries.

I just got to the sea, the chair goes out and becomes a Segway that goes with me all the way to the beach where I take off my Nike shoes that look like sneakers from one future to the next, hover around, and the voice assistant records, records, and everything I've set out to do.

I've been expecting technological singularity since I can remember myself, but now that it could happen every day, I'm a little scared.

Would you like the sequel? It's time to make love and join Israel's virtual and upgraded virtual reality family, you guys from 2013.

My name Amit Caesar, and I've lived in the future since I was a child, and today I'm back in the present to change the future.

I've been expecting technological singularity since I can remember myself, but now that it might happen every day, I'm a little scared.

Want the sequel? It's time to make a liking and join the virtual and upgraded virtual reality family of Israel, you guys from 2013.

My name is larry singul, and I have lived in the future since I was a child. Today I am back in the present to change the future. 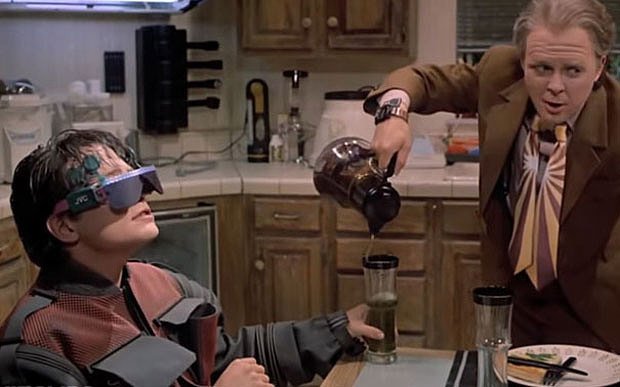 What is happening right now in this parallel world of laminated reality that integrates 30\ 01\ 2020? How is this going to affect humanity as a society? What's the future for us? Is there any risk to humanity? And perhaps this is the next step in our evolution as humans to interfere with the machine? I'm going to deal with exactly these issues in my new series of articles, my name is Amit Caesar from Reality Israel, and I'm going to invite you along with me to your rabbit hole, Alice.

It was very difficult for me to decide where to start, so I started where I would live in the future in 2029, just before the technological singularity.

Virtual reality technology is back in the past, and technology is expanding to all areas of existence, including "cousins," laminated reality, integrated reality, and a real-world mix, all taking momentum and marking the era of VR\ AR\ MR\ XR\ MORE R technology as the most significant technology we've known. To this day, this is a technology that will shake our understanding of reality from the ground up.

In the previous article, I told you about the birth of technology from its inception to today. And in the next article, I'm going to tell you what I know is going to happen in the next few years until 2029, just before the technological singularity.

Let's go through some details about existing virtual reality technologies, and let's start with Microsoft, which is working hard on its virtual reality glasses hololens 2 for companies. This is the company's second model. This is technology that looks like it came out of a science fiction film, laminated reality glasses from Microsoft HoloLens or English 2 HoloLens, being the first to talk about it because it's really a veteran company in the field.

But before we talk about Microsoft's layered reality glasses, and another company called Magic Lip, I want to show you the new technology, let's watch some short videos.

Microsoft's fresh glasses, hololens, are reflections that already exist, but right now, Microsoft is targeting its layered glasses of reality to developers and businesses. The cost of Microsoft's Layered Reality glasses 30\ 01 \ 2020 The price is US 3500, if you find one for sale.

Note: As we already know from life experience, each new product costs dearly and slowly, over time, the price decreases until the price fits into each pocket.

For many years, Microsoft developers have been working on some very interesting projects in

For example, if you're traveling anywhere in the world, you can ask for Amazon from Amazon, Google's system, or any other AI in your eyewear model. You can ask for a specific location and immediately give you a detailed explanation of the location, including your AI assistant, including a virtual display of what including animation and holograms. It makes reality a living dream, and if that's not enough, Microsoft's layered reality glasses, hololens 2, and the competition, can launch you into when you're building a city or building that you're looking at just like back in time.

As you probably realize by now, you will not have to leave home at all, the world is going to be home with you, and here I would like to say something philosophic.

One of the biggest questions in astronomy today, is that where everyone is? Where are all the aliens? Calculation is difficult, but it makes sense if there are so many stars in the universe and so many developed cultures in the universe, and there is also the Drake formula, which asks mathematically, where is everyone? And one answer to this hard question is that once a culture develops a virtual reality, it doesn't really have to go anywhere anymore; I went a little out of context and we'll go back to that later.

Going back to the subject of magic leap and HOLOLENS 2 integrated reality glasses, think you're driving a car and wearing mixed reality glasses, you can see Wiz and the road safely, think all physical devices gone, no TV, no computer, no smartphone or anything you need to communicate, watch or consume. (Side effect All annoying cables and physical devices will no longer needed) In fact, even today, I see the day after smartphones and TVs, as I have already said Microsoft's vision, magic leap and other competitors in the field, eliminating the need for physical devices, the entire world will be our desktop and by voice control, gestures and AI, will rule the AR world as God.

In the women's video, through the Microsoft AR glasses, hololens 2 shows her other self in integrated reality, in her professional language, her AVATAR.

Thinking about it, the Star Trek Hologram Room came to life. Just think about the endless uses that this technology will provide.
Without a doubt, the tech companies have already decided what the future will look like. Companies like Google, Microsoft, Sony, Samsung, HTC, Magic Leap, Facebook and many are working non-stop, developing a parallel, endless reality where anyone can be a superhero.


So summing up the article: it is important to remember that not far away today, cars are self-propelled and levers will serve as a legitimate vehicle and delivery vehicle, just like cars that already drive much better than humans, and although the future looks like science fiction, no science fiction! When we wanted to fly like a human, we flew, when we wanted to breathe underwater, breathe, land on the moon, land, and replace parts of the human body is no longer a science fiction.

Who would have thought that only 100 years ago, people were walking and looking at the stars, not knowing their place, just as we are today?

What we've been talking about so far has only been the tip of the iceberg, this is just the beginning, because in a very short time, the pace of development will increase and rise to an illogical pace, and then... Artificial intelligence, man. Not far away today, when we can scan the entire human mind into a machine and do many more amazing things (no words to describe it) Is this the next stage in our evolution is vr\ar? Did you think the future of virtual reality was in the glasses? We're going to talk about all this in the following article.

Because new technology adds to humans, it can also have side effects, society should prepared for the reliance of consumers of new technology.

Once the revolution is over, the world, as we have already said, will not return to what it was, and just like the one who grew up in the Western world in this century, no one will really want or be able to live like a century ago, ordinary people for comfort and air conditioning, cars, TV, computers and more ...

When people live in virtual space, they will be omnipotent and this can be a serious problem, returning to the physical reality where we are much more limited and human will show no interest in us, and I believe that as giant tech companies produce new technologies that can have a significant impact on humans, it is also their responsibility to educate the public for proper use and share.

The devastating results that computer games have on some people can already seen today, more and more detox centers are being opened in China today for people addicted to computer games, and similar results can be seen in the Western world.

How will our future look and how will the integrated virtual reality technology change our lives? As I finished in the previous chapter, this is just the beginning, let's follow the white rabbit, we'll see where we take.

In the next article, we'll talk about the Virtual, mix reality and Integrated Reality Glass Market, and we'll continue to follow the White Rabbit, see where it's going to take us and maybe find Neo.

I remind you, do you want a sequel? It's time to make love and join Israel's virtual and upgraded virtual reality family, you guys from 2013.