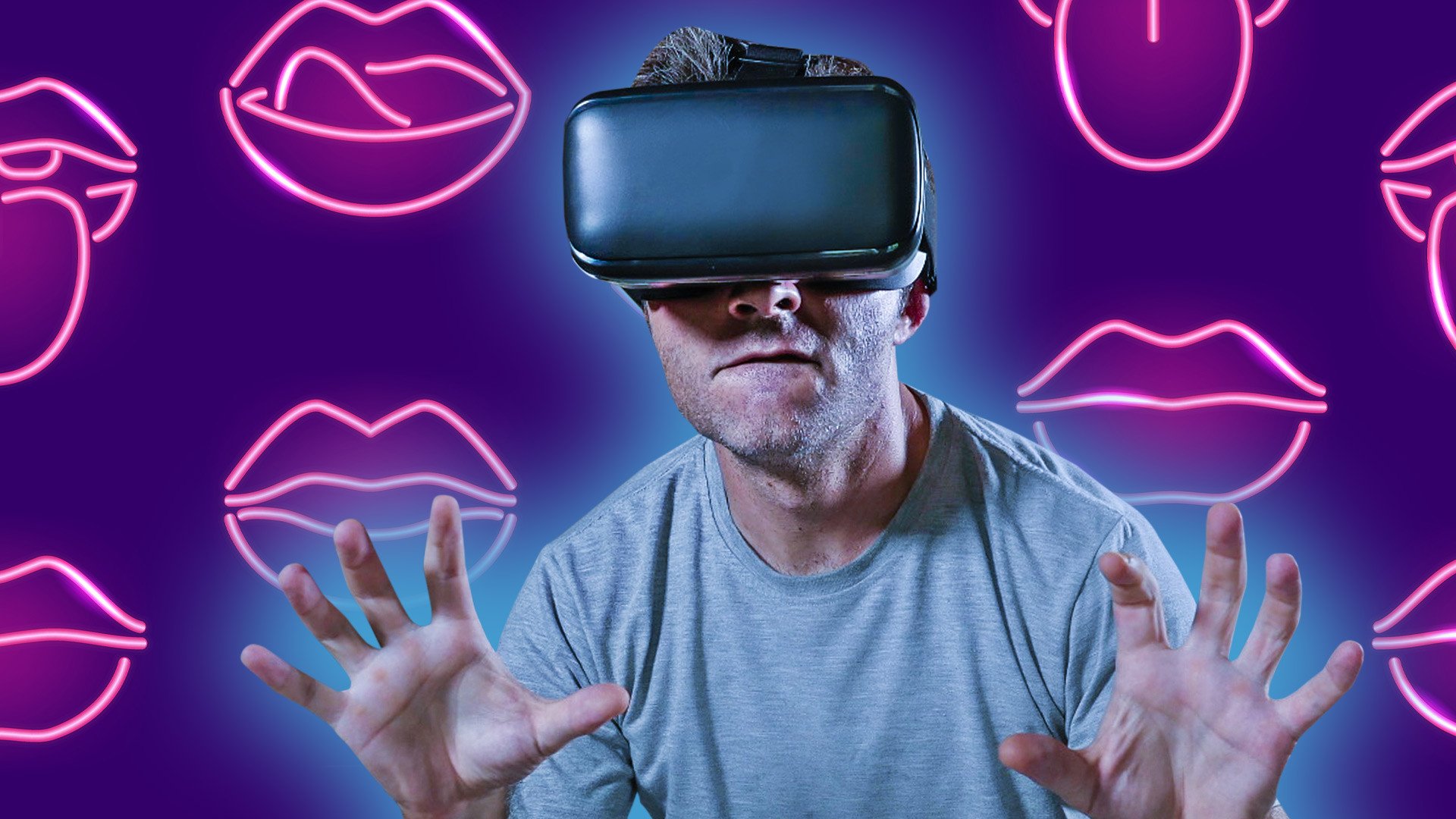 This was the idea I had on a Monday afternoon after about 45 minutes inside my VR headset. I've just barely moved. A forest surrounded me. A bird perched on a branch of a tree. My hand held a controller for video games. What I saw, however, was a futuristic airbrush, a paint sprayer that looked like a prop in a sci-fi film from the 1940s.

A button touch and I've been able to color the world. The bird was purple before me. It was pink then. Then blue. Then blue. Then again, pink. I fired a feathered creature in a random color as if I were Flora, Fauna and Merryweather all in one, playing the chroma of the cosmos as if I alone had the power of the "Sleeping Beauty" fairy godmother.

Soon the alarm rang on my mobile. This was my intention to remove the VR headset and roll on the radio to listen to another sobering Mayor Eric Garcetti's address. I sat up as the Mayor of L.A. talked, my eyes scratching my coffee table. Enlightened by the late afternoon heat, the wear avoided my vision for a long time. After spending the day in an increased reality, I was suddenly more in tune with my very real, very dusty environment. The delightful world of "Color Space" was very far away.

The first couple of weeks, I tried to get acquainted with my place. When I chased my cat and lied with her, I wanted to see furniture as blocky skyscrapers as she could.

I tried to transform my home into a playground, and this helped (and still helps) to ease my anxiety. I have to be frank with myself, however. I'm not emotionally in a good place. I see something outside my windows-whether the first floor mailbox of my 12-story apartment complex or recycling tanks at the end of the building-as places to be afraid.

Burned too many times by the promise of a virtual reality revolution, many works felt like technological demonstrations rather than rich experiences. And although I love many animated VR shorts, they often discover that they can enjoy their charms without a restrictive headset.

It doesn't mean that I'm transported to a virtual world all around that allows 360-degree views; I'm just taken out of the experience if my being recognized. Consider it as an awareness of the product which is not only a player or a viewer, but more like an actor. I enter a world to play, and the less the world sees my appearance, the less patience I have to spend time in it.

"The difference is the feeling of presence," said VR industry veteran Jesse Schell, the " inspired whose early VR success story in Schell Games Expect You To Die," escape room.

'If I film two people sitting at the table to make a movie out of it, ' says Schell, 'two persons, having a conversation and meeting one another. When I do the same thing in VR, the participant is thinking 'Why do they notice me? Right now, it seems strange to be talking and not knowing it here.

A cat, suitably named "Down the Rabbit Hole," lost in an experience in virtual reality. A diorama like world-surroundings familiar to anyone with a cursory knowledge of the "Alice in Wonderland" of Lewis Carroll, encircles me in the headset.

I want to go, even if the books on the rabbits' shelves not written in a known language.

"Father Immortal: A Star Wars VR Series," a piece by Lucasfilm's ILMxLab, began playing but developed into an image of immersive theatre. Then, Dreamscape invented location-based explorations, where world buildings are so excellent that their 20 to 25-minute adventures will always feel too short even if they are so exquisite.

Recent events, particularly during the past year, from the theater "The Under Present" to the incredibly detailed puzzles of "The Room VR: A Dark Matter," or even the vibrant book-inspired "Color Space" show that virtual reality has fulfilled its long-hyped promise.

In the "Moss" VR game, the characters know that a human is looking at them.

In Moss, Quill knows the player's response and sometimes communicates and asks for help without a word. Dialogue between an early stage implies that we humans played a role in this festive universe, creating an ancient mystery around our presence.

In the past few months alone several major VR updates have announced, with developers expelling more details for the Oculus Quest autonomous headset, a system that allows VR of high quality reasonably accessible while working separately from the cord and with no costly computer.

"The Room VR: A Dark Matter" is the best solitary VR experience I've had, which has saved and enjoyed, partly because its puzzles are apparent and partly because the world built to reflect.

"The Room VR: A Dark Matter" setting is rich, and the game feels relaxed until it's spooky.

Simply booting “The Room” creates a cozy, in-the-cold sensation. Only the mystery that unfolds is spooky and constantly toys with us. And yet it never does so in a jostling way (I avoid most thrillers and all things horror). Instead, the game invites us to interact with much of its environment and has us wearing virtual glasses to illuminate a world-within-a-world. When using this game mechanic, I am now two steps away from the actual world, making the virtual one feel even richer.

Of course, these brief respites from the actual world are cheap. The headset that makes the most sense is the Oculus Quest, which, if you can find it in stock, sells for either $400 or $500, depending on the storage size. The Quest has been hard to find since its release about a year ago, and the Facebook-owned company has stated production has affected by the current health crisis.