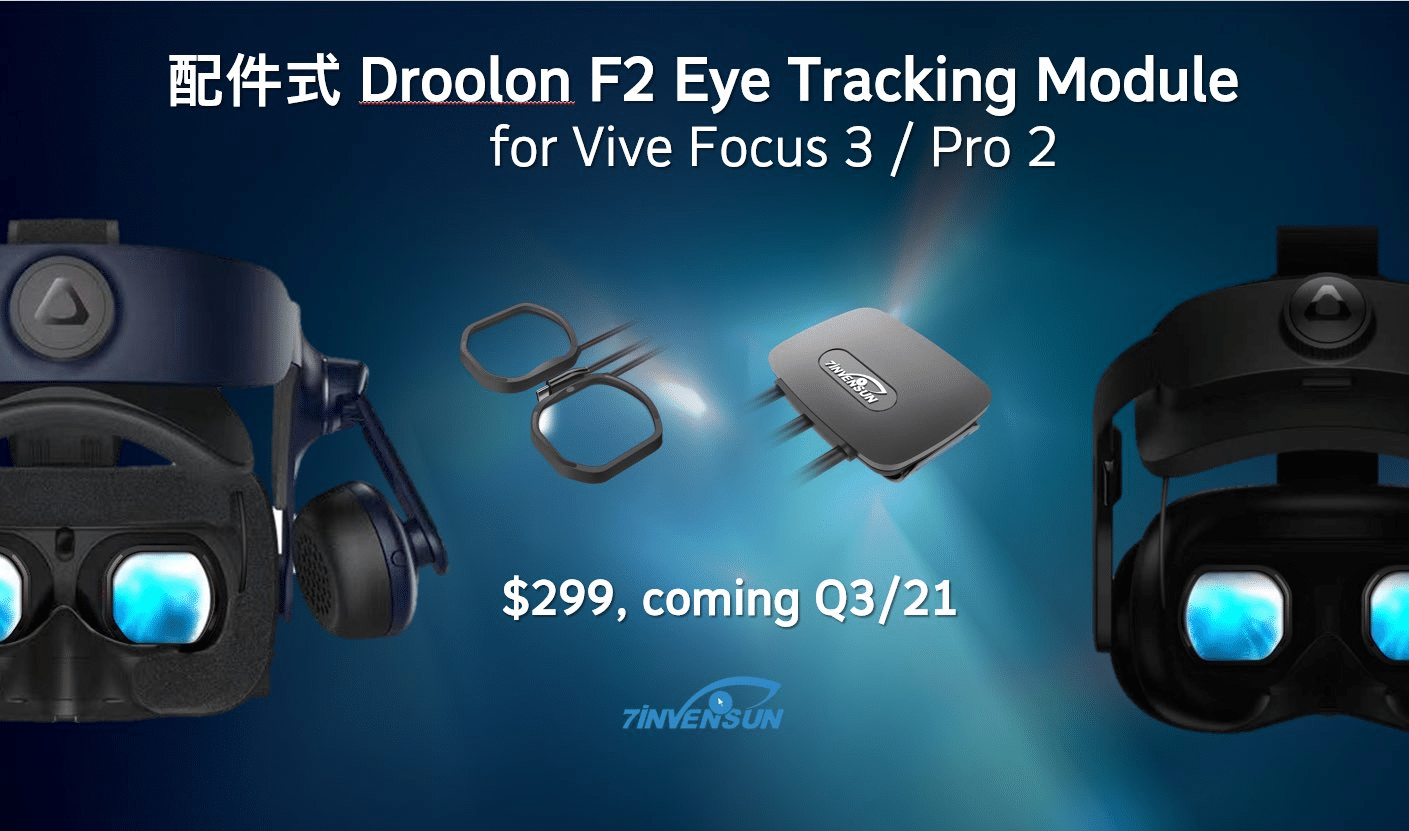 Although neither the HTC Vive Pro 2 nor the Vive Focus 3 have built-in eye-tracking, it is expected to be available as an add-on device in the future.

Both headsets will be compatible with the new Droolon F2 Eye-Tracking module, which will be available later this year, according to Vive China President Alvin Wang Graylin. You may recognize the name; we reported in 2019 that the first generation of the device, developed by Chinese startup 7invensun, would support the Vive Cosmos.
Eye-tracking in the Vive Pro 2 and Focus 3 has been confirmed.

But don't hold your breath for a big western release. Both the Droolon F1 and the company's add-on for the original Vive in 2017 were billed as global releases, but neither made it to North America or Europe in any meaningful way. HTC did not mention the device in any of our pre-briefings, so the kit is unlikely to make a big splash in the west.

However, the Droolen F2 will be available in the United States in Q3 for $299. That's twice as much as the F1.

Given that the previous version of the device, the Vive Pro Eye, had integrated eye-tracking, it's odd that the Vive Pro 2 doesn't have it. Foveated rendering, which improves performance by only rendering the part of the display you're directly looking at, is one of the many uses for eye-tracking in VR headsets. However, at the moment, there isn't much in the way of consumer-level software that incorporates the feature.

The new PlayStation 5 VR headset will have its own form of gaze tracking with foveated rendering, as we reported on Monday. It's also possible that the feature will be integrated into a future Quest Pro device.