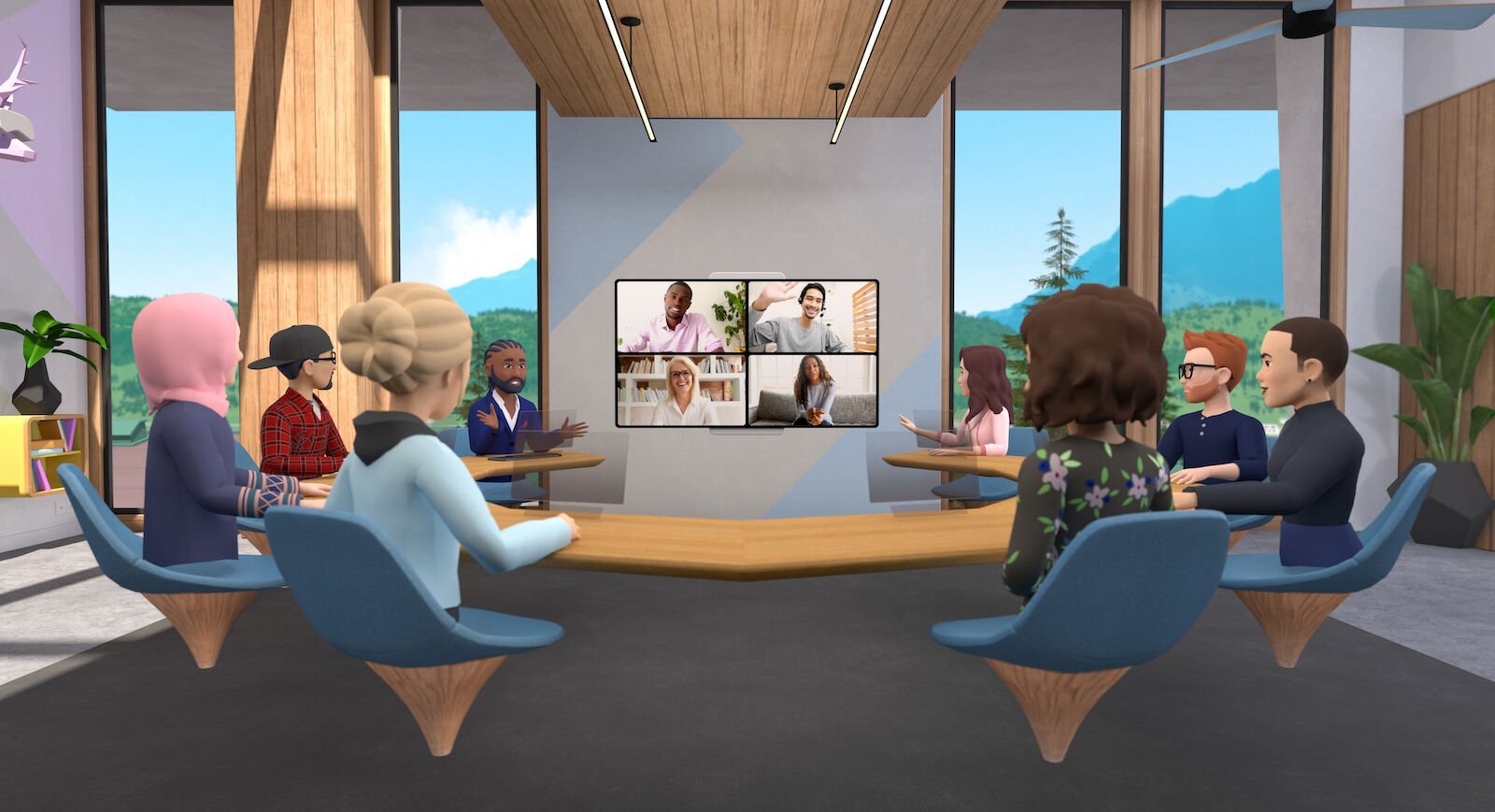 Facebook announced the creation of a ten million dollar maker fund for its still-in-closed-beta Horizon social VR app today. In addition, the company said Horizon will be rebranded as Horizon Worlds. This follows the launch of Horizon Workrooms last month, suggesting there may be more brand extensions to come. Both applications have the same look and feel and use Facebook’s recently updated avatar system.

In a blog post this morning, the company laid out a fairly detailed plan to build more of a “there there” in Horizon Worlds. “We redesigned our creation tools UI and interactions to make the most common creator workflows more efficient and intuitive... artists and designers are now able to bring complex environments and characters to life with greater ease,” the blog post says.With Horizon Worlds, Facebook is frankly playing catch-up to well established social VR applications which are also available on the Oculus Store - and everywhere - for free. Thanks to cross platform play, AltSpace (now owned by Microsoft), Rec Room and VR Chat (each with a billion dollar venture valuation, despite being pre-revenue) have seen explosive growth during the pandemic. These platforms were launched five years ago, in 2016, and have been adding content using both their own tools and more robust game engines, for five years. 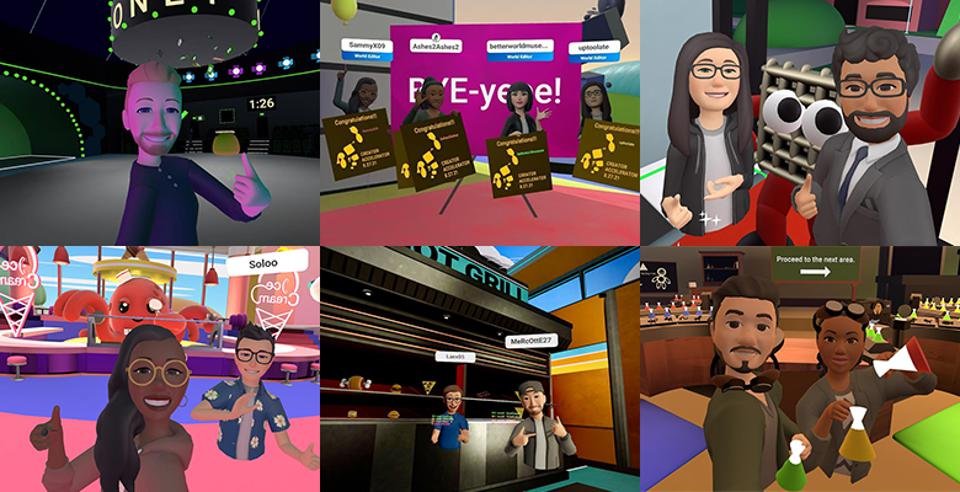 Being late to the party, as Apple has shown with both its revolutionary music player and smartphone, can be a good thing. You don’t have to educate the public to make a market as much as enter it. You can learn from the mistakes and successes of others. Rec Room reports three million “user curated” rooms have been created by its users. VRChat says their users have built 25,000 worlds. UGC (user generated content) has been the secret sauce of Internet media since AOL in the 90s. We have long predicted in this column that social VR platforms will compete for world builders the way YouTube, Twitch and Facebook Live compete for streaming celebrities today. 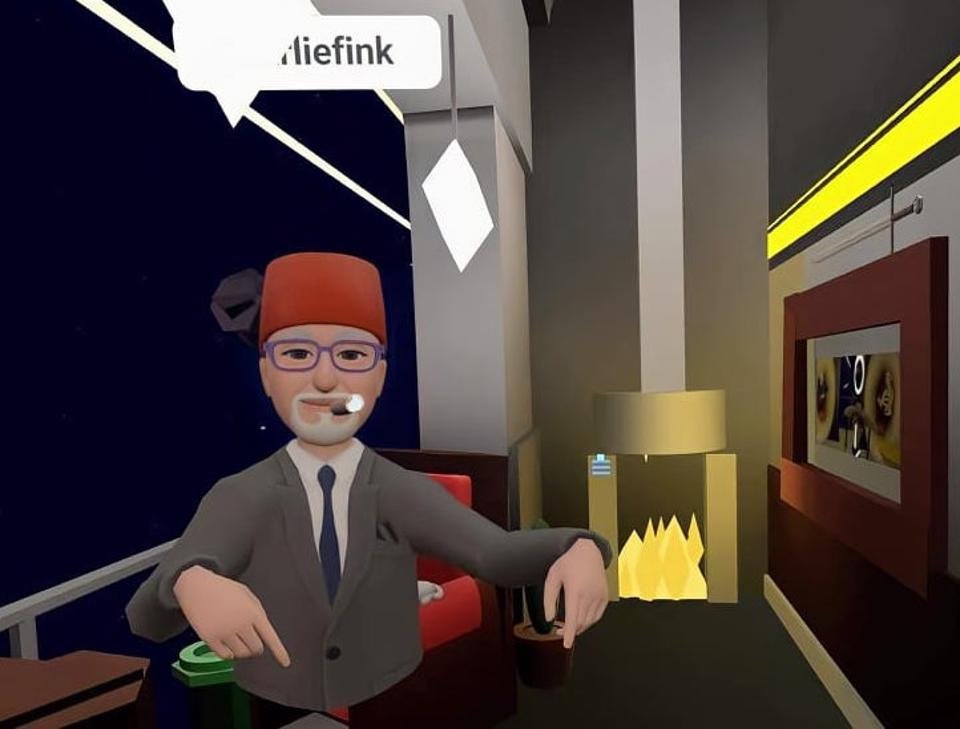 Facebook Reality Lab (FRL), which runs hardware, software and R&D for XR, is betting their exceeding high quality graphics and avatar system optimized for the Quest 2, supported by cutting edge building tools and superior incentives for builders, will quickly close the distance. The network effect is very much in play. Everyone has to be there because everyone is there. They do have structural advantages. For example, when the Quest boots up, maybe the start room where you spawn will be inside Horizon, and you view the universe of games, entertainment and worlds from the inside out, a phrase the Facebook CEO recently used to describe the Metaverse.Facebook says it will distribute its ten million dollar Horizon Worlds Creator Fund in a few different ways: (1) Community Competitions, which provide cash prizes up to ten thousand dollars to builders; (2) An accelerator Program, an application-based initiative designed to give people the opportunity to acquire the skills necessary to successfully build new places in Horizon Worlds and, (3) funding for external developers to create robust, more professional worlds and games, perhaps tied to established IP. The proportioning of the ten million is still to be determined. 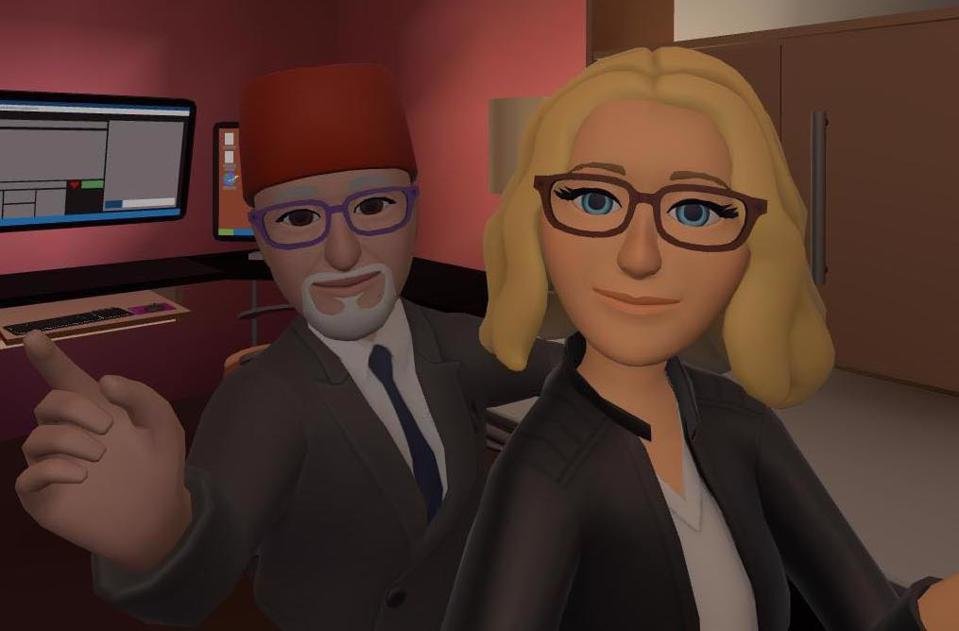 I finagled an invite to the closed beta of Horizon Worlds in early 2020 by promising I would not write about what I saw. There was a good reason for that. There wasn’t a lot to see or do. The building tools were thin and awkward, and there was no support community on Discord or YouTube. For this reason, although I kept it to myself, I was skeptical they could pull this off. Then, just two months ago, social VR expert Navah Berg offered to show me how far they had come. The breadth and depth of the tools, templates, and interactive modules that have been created since the beta shows that from a quality standpoint, they have indeed taken Horizon to the next level. 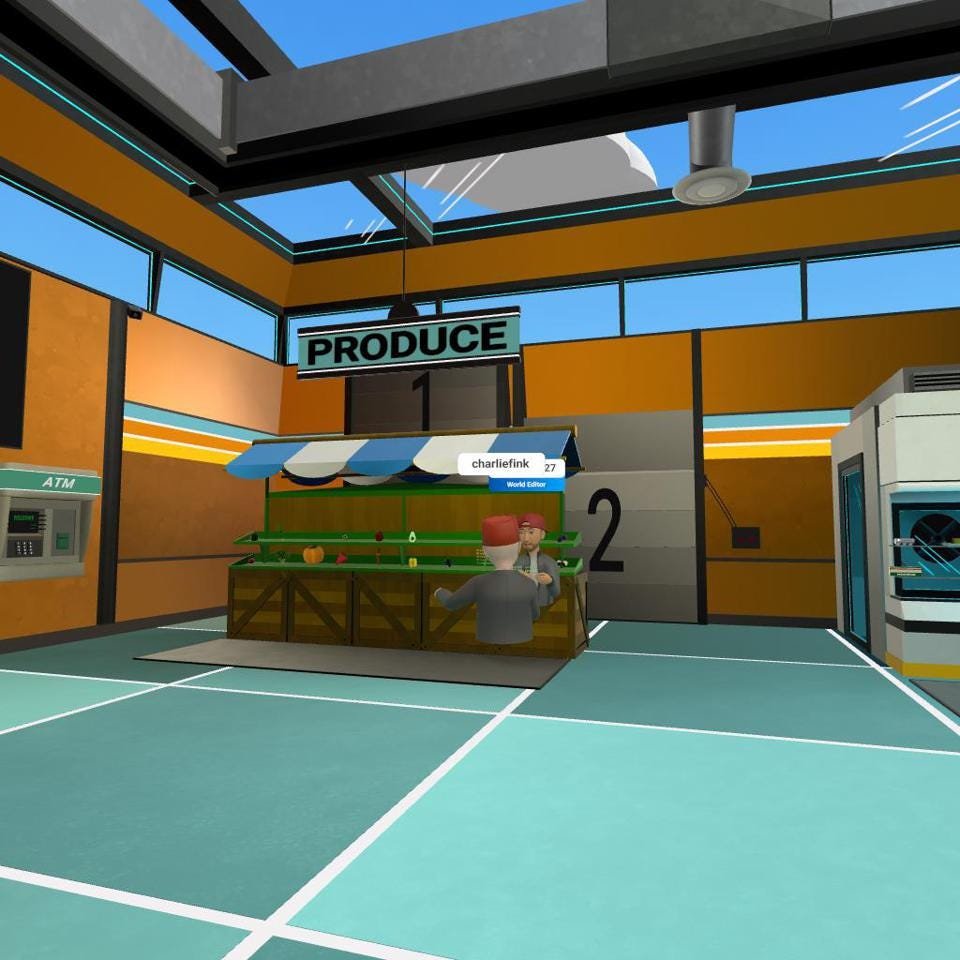 As Facebook briefed press for this announcement earlier in the week, they put me in touch with some of their world builders. These people are not Facebook employees or compensated by the company in any way (yet). First, I visited the Market created by Alex (Laex05) and Jordan (MeRcOttE27, aka Merc). Up to eight users compete to grab items off shelves.Alex and Jordan actually met in Horizon Worlds. “We definitely have one thing in common in our lives, and it’s the desire to help others,” says Merc. “When I met Laex, he just blew me away because he was like, ‘I know all this stuff. Do you want to learn it?’ He was so giving with all this knowledge, and he wanted to spread it. I started helping Laex with his YouTube Channel so everyone can learn what we know.” The two are continuing to build their YouTube channel to help other Horizon Words creators. 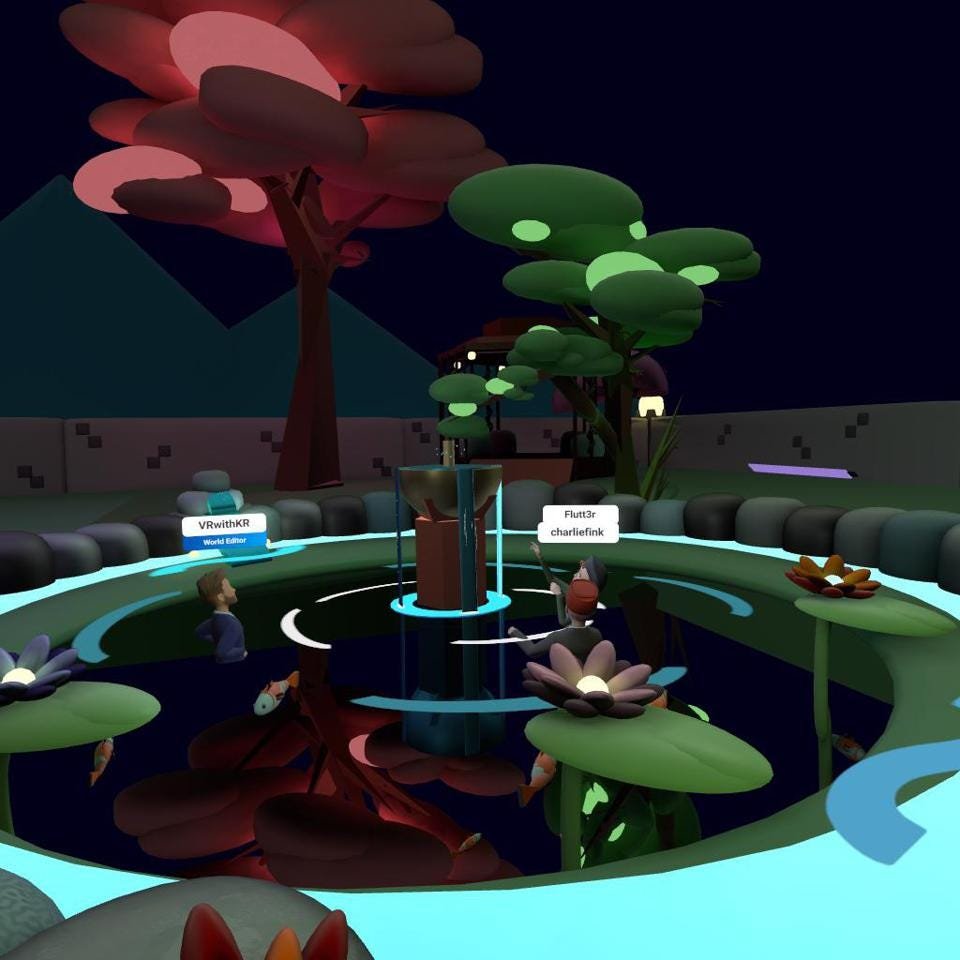 A meditation instructor since 2004, Kiernan Pearce (Flutt3r) built a meditation garden with animated Koi fish in Horizon Worlds. The pond is reflective, and its fountain splashes water. In a statement, Pearce said “all of my worlds are about making sure that we’re taking care of ourselves because while we’re in VR—and we’re very social—it can still be isolating at times. So I always want people to know they’re never alone.” I met John (thejohnmcclay) in his World, Train Destiny. I spawned on the back of his luxury Victorian train car. Inside were wingback chairs and a robot bartender. As varied landscapes swept by, Mclay told me he’d spent several hundred of hours building this world, which will now host social events, live music, and other performances. “The building tools were fantastic and intuitive,” said Mclay, “even the scripting mechanisms were easy enough for me to not feel intimidated, yet robust enough for me to expand once I got a good grasp on it.” 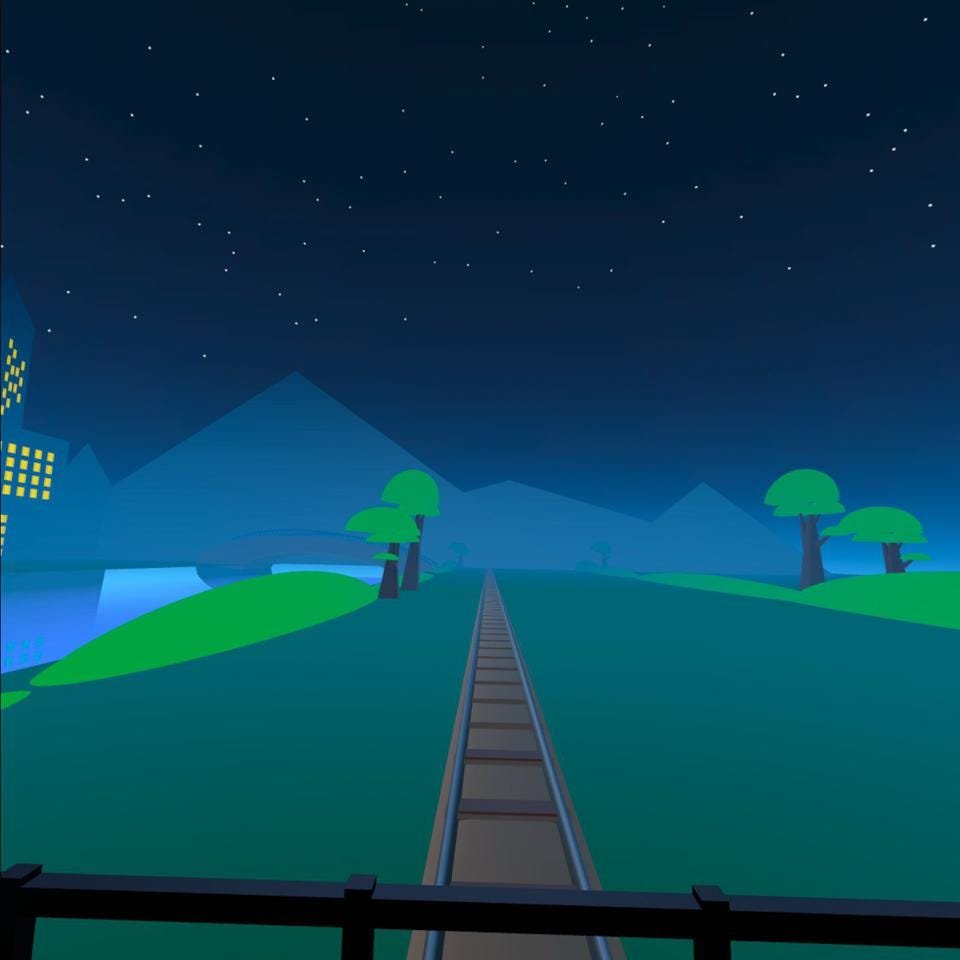 Facebook says they will be introducing more tools and features, such as projectile launching mechanics and global leaderboards. They’re building full game experiences to share with creators as templates, so they won’t need to start from scratch when starting a new project. And perhaps most importantly, Facebook will soon be launching an educational hub for both new and advanced world creators. They’re also giving ten million dollars to people who want to make Horizon Worlds.

Horizon Worlds Facebook vr glasses oculus
Lynx R1 ‘Ramping Up Production’ As First Headsets Ship
Apple's upcoming Metaverse headset could be years ahead of the pack.
23 Augmented Reality Trends to Keep an Eye on for 2023