China makes use of virtual reality technology to better training. 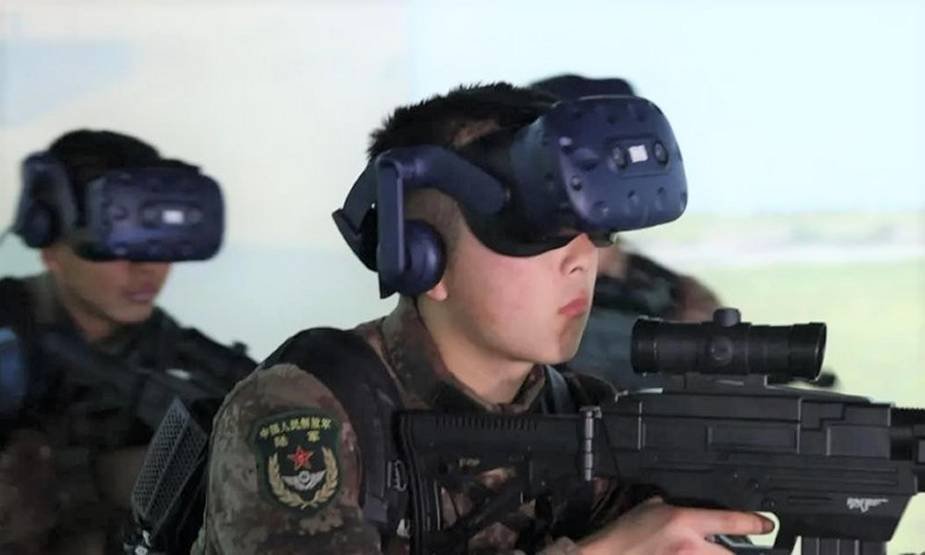 According to analysts, the People's Liberation Army (PLA) has used virtual reality (VR) technologies in training because it allows officers and soldiers to gain enhanced combat capability more quickly.

A logistics support unit affiliated with the PLA Northern Theater Command Navy recently held a wartime fuel support drill. The drill, however, did not take place at a dock, but in a simulation room, where participants used virtual reality simulators to practice disassembling equipment, locating malfunctions, and repairing pipelines, according to the PLA Daily on Sunday.

The virtual reality training system created by the naval unit in collaboration with civilian developers with the goal of improving troops' ability to deal with complex and emergency situations, according to the report, which also stated that the VR training software will updated to simulate more training scenarios.

They do not constrain the VR training platform by training site availability, weather, or equipment consumption. This means we can improve training efficiency and reduce the time to develop combat capability, according to an unnamed officer at the unit quoted by the PLA Daily.

The navy isn't the only PLA service that employs virtual reality. According to China Central Television (CCTV), a brigade attached to the army's 83rd Group Army has set up over ten virtual reality training simulation rooms for training in a variety of areas, including individual combat skills, coordinated action, and command.

In a CCTV report, video footage showed a simulator that looks exactly like the cabin of an infantry fighting vehicle, with the driver practicing in a virtual battlefield and the simulator bumping as if he were in the real thing. They also showed a large VR training room with a squad of soldiers wearing VR headsets.

VR training, according to He Zhandong, a brigade staff officer, saves ammunition and fuel while producing excellent results.

The Rocket Force is also using similar simulation technologies to practice launching missiles, according to a separate report published on Thursday by the PLA Daily. It held a missile launch exercise in mid-March.

A Beijing-based military expert who did not want to be identified told the Global Times on Monday that training with virtual reality shows the PLA's use of innovative technology and innovation.

The expert predicted that in the future, VR training devices for different PLA units and services across the country will interconnect, allowing even large-scale joint operations to be practiced remotely through VR, resulting in massively improved coordination in joint missions.

Virtual reality cannot replace real-life exercises, but it can be a useful supplement, according to the expert.

Li Xiang, a national political advisor and professor at the PLA's National Defense University, suggested that China develop more military-themed video games that reflect features of the Chinese military and use them for supplementary training during this year's two sessions earlier this month.

Analysts believe that virtual reality simulators used by the PLA could eventually customize, simplified, and declassified into video games that are accessible to the public, allowing them to be used for national defense education and encouraging more young people to join the military.