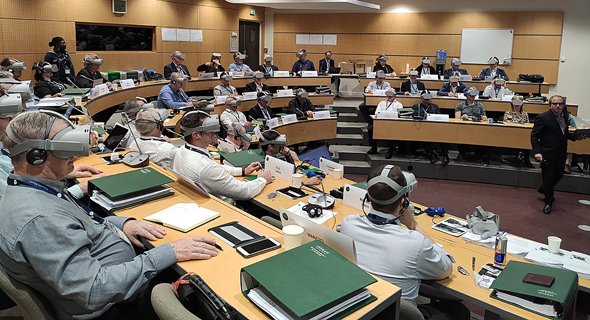 The INSEAD students can be an integral part of the study material and test cases presented by lecturers from different parts of the world through the system. For example , students may visit virtual Zanzibar in one of the classes, where they get to know local entrepreneurs and learn how to promote the chain of stores they own and grow their business along the shores of the island. Students will be presented with the lesson content and information on these examples through viewing VR glasses.

The business was founded in 2016 and employs about 50 people including neuroscientists, computer scientists , engineers, psychologists and designers in Lod, Tel Aviv and London. The company has so far raised $7 million, of which $6.5 million from the Teddy Sagi Group, and the company is currently in the final stages of another funding round, according to Calcalist Tal Colvin, Actiview's chief operating officer

The INSEAD class vr class virtualrealty class vr for students
Defending against corona, buying online masks and protective equipment, what are the differences between the masks? What is the difference between N95 and KN95?
We are all in a panic from the corona virus, way ?, not for any reason. The corona virus threatens humanity, especially considering that it will take a year or more To find a vaccine.
Up your Facebook experience with Virtual reality New oculus quest 2!