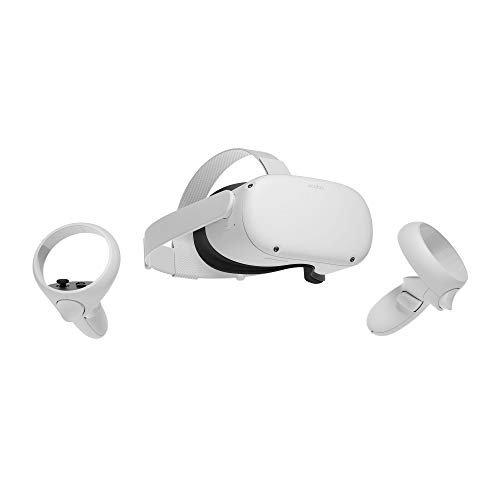 The world of technology is ever-growing, and the wonders of it are ever so fascinating. Virtual reality and augmented reality has helped humanity bring their ideas and thoughts into the world and infuse the imaginary and real-world together. This new technology has opened new doors of wonders and has allowed us to get amazed by technology every single day.

Why are Virtual reality glasses Named oculus quest 2 so unique?

It is a set of virtual glasses that will let you enjoy games at another level. The unparalleled freedom Oculus Quest 2 will give going to win many hearts. These pair of virtual glasses have a super-fast processor and next-generation graphics that not only augment the reality but will make you think everything you see through it is total reality. The redesigned controllers and easy setup are going to let anyone enjoy the wonders of Virtual reality glasses Named oculus quest 2.

What are some of the coolest features of Oculus Quest 2?

Oculus Quest 2 will let you hear in all directions as it has built-in speakers to deliver a cinematic 3D optional audio.

Oculus Quest 2 will let you enjoy the best of both worlds. The oculus Link, a high speed, Fibre optic cable that connects your Pc to the all-in-one Oculus Quest headset.

Connect with the TV:

You can connect the Oculus Quest 2 directly to a compatible TV on the Oculus mobile app that will let you take your friends along you in the VR world.

Quest 2 needs you to have a Facebook account to log in. It will help you meet your friends and the Virtual Reality world and discover different communities worldwide.

What is included in this cool bundle?

You also get two storage options in the Oculus Quest 2 as the first being 64 GB and the second being 256 GB.

Now get the best glasses for Virtual reality New oculus quest 2 from Caesarvr.com. We are providing the best products of technology that are letting people step into the VR reality without a compromise on quality and authenticity. The original products we are selling are already winning the hearts of many. These unmatchable VR reality glasses are a must to be bought to enjoy a whole new level of freedom and enter the VR world with your friends being by your side. A Facebook connection makes it even better as people you already know will be along with you in the VR journey.