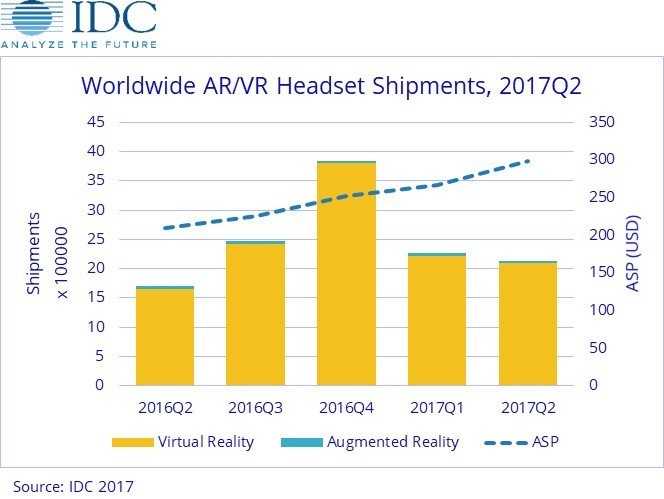 Visa ICC, National Bank, IDF and others have started to use virtual reality to locate job applicants • There is an activist behind the technology, an Israeli startup, who gathers information about the characteristics in a 45-minute game.

Can technology send the grueling days of manpower companies into the garbage of history? Various technologies that have emerged in recent years have meant that the future is already here at certain points in the Israeli economy and the IDF, and that virtual reality technologies (VR) are being applied in the screening process of employees.

The old screening procedure has already been replaced at Leumi Bank, Visa ICC, ICL, Weizmann Institute and consulting company Deloitte, which in some cases allows a candidate to take a day off for a full test day in just 45 minutes , allowing candidates to gain insight.

Upon wearing the glasses, the candidate enters a virtual world designed for the test. For example, he watches a video of a human condition to which he must react, such as an employee who asks his co-worker to lie to him. The tests measure cognitive awareness, emotional intelligence and collegiality. VR sorting is based on the assumption that a candidate can be learned not just from his direct game results, but also from data obtained indirectly, such as the amount of time he devotes to each mission, and the hesitancy that was noticeable in the way he moved the mouse.

All those parameters are measured, intersected and analyzed with other data. The result obtained includes ratings on ICU-recognized assessments or psychometric tests, such as cognitive capacity, as well as measurements of emotional comprehension, tolerance to change, and decisiveness. The results of the games are accompanied by evaluation results from two personal interviews, all of which should evaluate the skills of the candidate in general, as well as its suitability for a particular position.

Activio has worked in the area of screening procedures for the past 3 years. The placement company "Human Capital" was responsible for the link between its assets and the local companies. The commercial significance of this partnership is that in the area of screening tests the personnel firm is starting to replace its suppliers. The member of Human Capital describes the impetus which led to a move to work with a high-tech company not only at the high cost of conducting conventional test days, which could exceed thousands of shekels per applicant, or in duration, but also at greater barriers. A member of Human Capital says candidates have trouble taking a day off that would require them to compete in the Mayons, and often withdraw their candidacy for failing to apply in this manner.

The business operates in over 10 countries including Japan, the US and Brazil. It is situated in Lod, and has about 60 employees. It has raised around $18 million so far, led by the Teddy Sagi Group, and the company hires specialists who build software, thanks to the same capital raised. Optimized diagnosis for the new media, including psychologists, neuroscientists and data scientists, in addition to a large virtual reality studio with 3D video editors, modelers and art professionals.

Although many of Israel's startups and high-tech companies offer business services and products (B2B), its assets are from companies that disrupt markets by shifting entire chunks of operation from offline to online. Therefore, these businesses establish new markets, tear down existing ones online and recreate them online, a little differently.

Activio is changing the industry by constantly improving recruiting metrics and adapting to the position you want. By cross-examining the results of the candidates' tests with results obtained by workers already working in the same businesses, the program analyzes the features are actually needed for the job position, and changes the procedure to include testing of those features.

Instead of textual interfaces with complicated menus and tables, the user gets an airy program, where complex data is displayed using quick, easy to understand and manage graphical indicators.

This approach is applied in a way that enables work applicants to be handled like sales or cyber managers-with a framework that shows the attributes as implied by the framework by clicking on each name alongside the list of workers or candidates. Various graphs display character characteristics of candidates, as demonstrated by sales data and inventory reports. One pie graph displays the character characteristics and achievements of each individual in a way that demonstrates which are strong characteristics and weak ones. Another graph shows the ranking of each function versus the average, as opposed to the standard, the HMO sites display patient test results.

This knowledge will later be used to work in reverse-to link job seekers to businesses based on the information they already possess today about those businesses and the skills needed to work in them.

There is a term for modifying a business model in the high-tech sector, which typically involves something like "competence" or "as a commodity." The word "Software as a Service" defines the change from selling software in boxes containing disks, or downloading over the Internet, to a situation where not the software is purchased but the whole service. Accordingly, businesses currently charge a monthly fee for the service, which is delivered directly via the cloud in most situations, so the user does not have to buy equipment. For example, Freber's Freelancers platform boasts that it provides "service as a product" Faber's disruption is attributed, among other factors, to the fact that it markets work as a commodity, at a set and defined price, rather than as an hourly service.

In this way, what his assets mean is "man as commodity," otherwise it's hard to understand why a system that operates outward looks like a system that manages a logistics center inventory.

It poses basic questions about anonymity, above and above the good taste. The IDF is known for its robust monitoring and screening program. The actions of the military nevertheless failed to gain it in public trust. Military networks are considered secure, and candidates are not recognized for any serious cases of sensitive information leakage.

The actions of organizations such as Activio, which gathers and raises information and data about the existence of work seekers, poses a number of important questions. Two, how eager are applicants for a business organization, if they got them to work, and even more so if they don't get them-to gather such detailed and personal information , evaluate it and store it in its databases, safe as it is? Why would they be able to take the risk of exposing a human being and even trading in information? How likely are small businesses to use these measuring and grading devices to become ubiquitous and also use them without the desire or money to hold them? Should they take the risk that companies should harvest this knowledge as part of fraud and non-legitimate purposes?

Today Activio's augmented reality glasses do not have cameras and sensors within the glasses themselves. But as time goes on such systems will learn more and more about us, and through deep learning will be able to photograph, collect , analyze, cross-examine information and extract insights from it.

The realms of technology, law , and politics struggle with privacy issues. They usually speak of personal information, pictures and location. The scientific future holds countless personal parameters. The details does not go anywhere. Policy officials need to consider this now, and make sure to place it in the correct regulatory system so that we do not notice that in the episode of Black Mirror we have become sooner than planned.

Now, note we live in data age. Companies such as Facebook, Google , Microsoft and Intel have set themselves up as data firms. Their access to billions of individuals, and their ability to track their behavior, emotions, and location, allows them to gain insights through artificial intelligence that underpin the production of goods that would be nearly impossible to compete with without a similar approach. Whether or not the information is confidential, organizations such as Activio are gaining access to far more useful data than the monetary interest they earn for the mere selling of their services. Until this day, this knowledge has belonged to us, so we must find a way, if only partly, to keep it that way.

The End of the Great Days? A 45 minute game will decide if you've found the right employee
Defending against corona, buying online masks and protective equipment, what are the differences between the masks? What is the difference between N95 and KN95?
We are all in a panic from the corona virus, way ?, not for any reason. The corona virus threatens humanity, especially considering that it will take a year or more To find a vaccine.
Up your Facebook experience with Virtual reality New oculus quest 2!