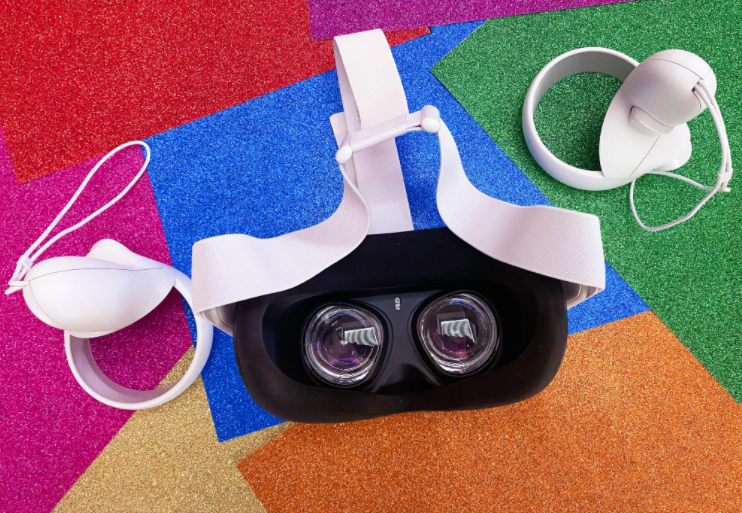 The oculus quest 2 just like its predecessor is regarded as a hybrid VR headset. The quest 2 is completely stand-alone and you do not need a PC to use it. It also possesses full inside-out tracking capabilities and all you need is Facebook account, Wi-Fi connection and a mobile phone to get it working. All the games and apps can be downloaded to and played directly from the headset itself. If you have powerful gaming PC, you can also connect your quest 2 to the PC and play games via the headset.

Also, in the box, you get everything you need to dive straight into virtual reality. These includes – The oculus quest 2 headset, newly designed oculus touch controllers, a lens spacer (especially for those using glasses), a short one meter USB C charging cable and a power adaptor. The headset comes in two models – The 64GB model which is about $299 and the 256GB USD model which is $399 USD. Other than the storage capacity, there is no difference between the two headsets in terms of specs.

In terms of battery life, the quest 2 lasts 2 to 3 hours’ worth of gaming before needing to be recharged. You are sure to enjoy quality gaming within this period of time.

The lenses in the quest 2 are the same with the lenses used in the original quest and interestingly the headset does future IPD adjustment. The headset also has settings where you can move the lenses manually to 3 different IPD slots. Setting one is at 58mm, setting two is at 63mm and setting three is 68mm.