CaesarVR: The first virtual reality and mix reality store in the world since 2013 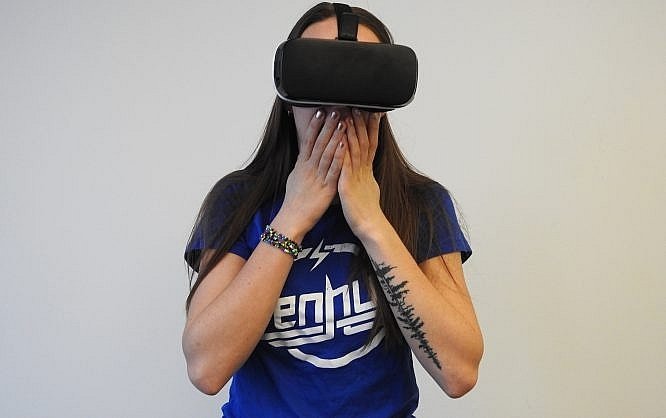 VR is an interface by which a user can enter a new world of digital 3D environment leaving the general display of objects behind. It was used in different fields, for example, Military, Medical, Education, etc. It was further introduced in the Gaming and Entertainment world in the 1990s.

Mix reality is a combination of the real-world and virtual world, which produces a new environment and visualization. Mixed Reality technique shows the virtual objects as they are real objects. It was invented in the 1970 and early 1980s. It was later introduced in terms of windows mixed reality in 2015 and was officially launched in 2017.

CaesarVR is the first-ever store since 2013 that provides the best services and products of Virtual Reality, Mixed Reality and Augmented Reality in Israel and all over the world. Different Services offered by CaesarVR are defined below.

Import and Branding of Google Cardboard or Plastic Goggles:

Services of Google Cardboard and Goggles are imported which shows the image as real. These virtual reality glasses are best used for educational purposes. You can use these glasses for watching videos and also if you go outside for a picnic to see different objects as if you are watching them from space. You can also use these glasses as a promotional product for your business, which is available in our virtual glasses store as well. Following models can be ordered through CaesarVR in simple clicks:

You can customize its color and logo according to your requirements.

Establishment of Complexes or Training Facilities

The concept of virtual reality can also be used in terms of training facilities. The techniques that suit best in this field are termed as Augmented reality. It can be used to train personnel in the military field, for example, for immersive training, situational awareness, etc. It can be done by using different simulators that are available in our augmented reality store.

Training for Military sectors sometimes can cause serious harm to life. Same as that, in other business fields, some real-life training is costly, risky, and difficult to carry on. So, why not use virtual reality technology that can be cost-effective as well as safe to use in a safe environment. Using virtual technology, employees can be trained in a 3D space.

Different VR solutions are provided by CaesarVR for educational purposes. It will lead towards the development of different applications that will help the students to improve their learning experience. For example, virtual lecture halls can be introduced where students can learn with the help of videos, images, etc.

Equipment and Accessories for AR/VR/MR

At CaesarVR, you can get all the equipment using which you see the world in 3D form. This equipment includes Gloves, Suits, Sensors, Spare Parts, Stands, etc. You can order these from CaesarVR no matter where you are. It delivers VR/AR/MR equipment all over the world.

CaesarVR is the first-ever VR/MR/AR store that has been providing the world with up-to-date products and maintenance from Israel since 2013. The Caesar team aims at keeping the world updated about the ongoing progress of VR/MR/AR technology through articles and their services.

The first virtual reality and mix reality store in the world vr store vr store israel online vr store vr company ar stor the first virtualreality and mix reality in the worls since 2013
Defending against corona, buying online masks and protective equipment, what are the differences between the masks? What is the difference between N95 and KN95?
We are all in a panic from the corona virus, way ?, not for any reason. The corona virus threatens humanity, especially considering that it will take a year or more To find a vaccine.
Up your Facebook experience with Virtual reality New oculus quest 2!