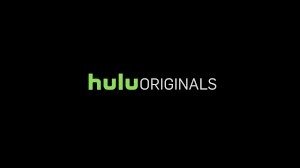 Void mode, on the other hand, removes the room, leaving an empty space where you can watch sitting anywhere you want. If you like to look in bed, you'll want to use Void mode and that's it in terms of settings. Netflix VR is a beautiful and recommended experience for Netflix viewers.

2) Watch Netflix on VR with Google day dream: Curious to try the simulated reality world at a cheap enough price to buy Goggle day dream glasses, the price is cheap and fits every pocket (if you have compatible models) The glasses use your smartphone as a screen and the glasses come Even with menu navigation and menus. The only downside is that Daydream only works with a small selection of phones.

3) In Netflix VR with Samsung Gear VR, supporting devices: Samsung Gear VR compatible with Galaxy Note9, S9, S9 +, Note8, S8, S8 +, S7, S7 edge, Note5, S6 edge +, S6, S6 edge , A8 Star, A8, A8 +. If you have Samsung smartphones and are really ready to commit to Samsung Gear VR is a solid compromise. It's powered by Facebook's Oculus, and the setup process is the same for both devices. Choose Netflix from the Oculus home screen Follow the instructions for installing the app as soon as Netflix uploads, all you have to do is get thrown out of your account.

According to its list of supported devices, its premium video streaming service and VR apps on PSVR, Oculus Go, and all available glasses such as: Microsoft Windows Mixed Reality, are not yet available.

But on the BIG screen that brings on-demand movie updates and says on most existing virtual reality devices, in addition to its regularly accessible 2D programming, Hulu VR includes custom 360 content, as well as 360 Live Nation video, National Geographic, and original content. BIG screen as the # 1 comedy series.