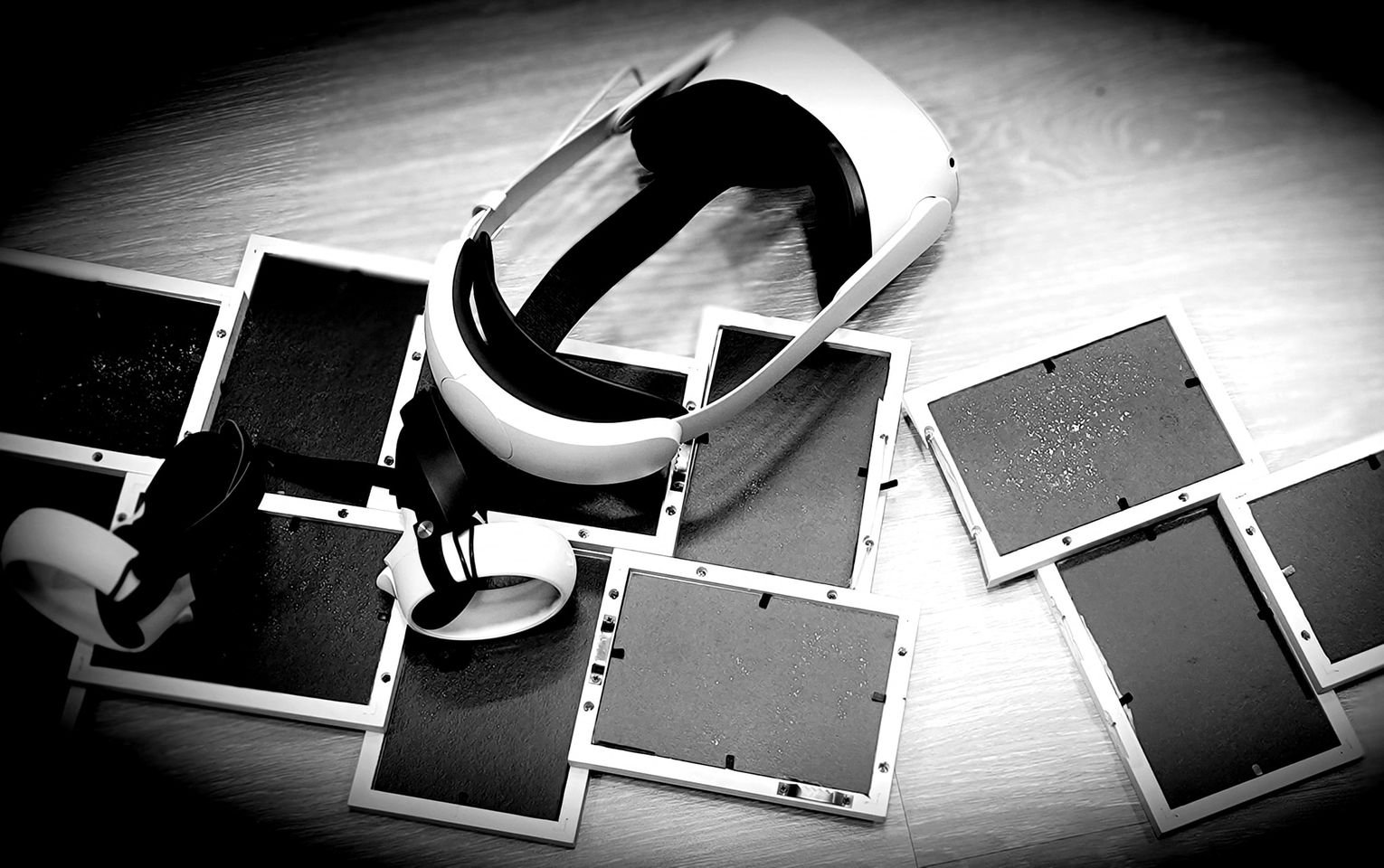 5. Robo Recall game:
People thought these fast-paced, action-packed games would be too difficult and confusing for new virtual reality users, but in the impressive 2018 Robo Recall game, you can move from place to place at maximum speed as you escape the game's evil (and amusing) army of robots. If the ability to rip your enemy's limbs and hit a robot in the head with his own hand you cut off, is not impressive enough, the level of detail and accuracy made in this game, will make you rethink what is possible in virtual reality.
‘Robo Recall’ on Rift
Read why we brought a rating of 8.5 / 10 per game in our detailed review 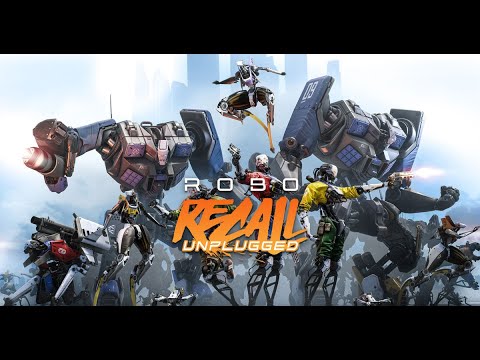 4. Fantastic Contraption Game:
Virtual reality is not about shooting and blasting heads (although it's really, really fun), because in Northway's game of virtual reality version of the 2016 Fantastic Contraption thinking game, you build crazy machines to accomplish one task: move the ball to the goal. Of course, this is easy to talk about but difficult to achieve when building wild devices that go up in difficulty.
‘Fantastic Contraptions’ on Rift
We have not yet written an official review of the game, but the Oculus store rating is between 4 and 5 stars, a rating that is easy to agree with when it comes to the sheer amount of fun there is in building the craziest and weirdest devices the world has to offer. 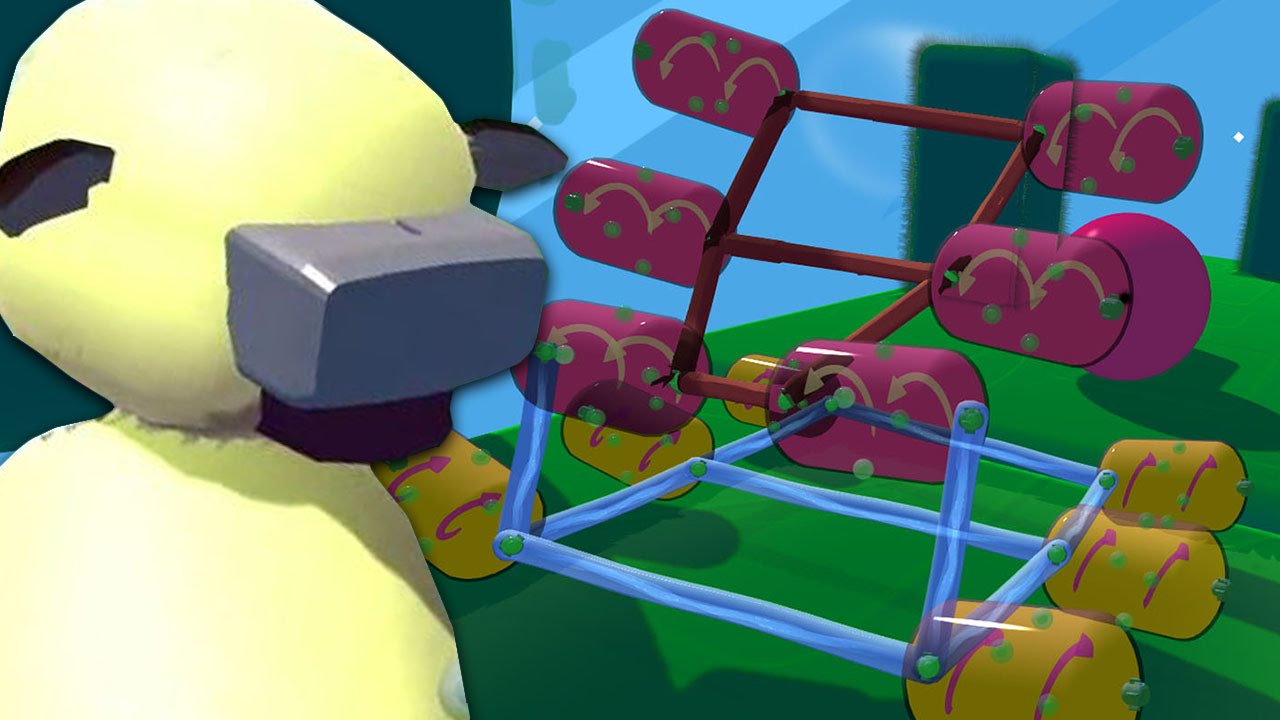 Game Rick and Morty: Virtual Rick-ality:
The game, developed by Owlchemy Labs, the same studio that brought you the parody Job Simulator in 2016, follows the adventures of Morty clone, the lowest life form in Rick Sanchez's hierarchy. When you play in Rick and Morty's world, you can experience the lab in Rick's warehouse, gamble for him, and find the infinity of Easter eggs hidden everywhere. The game is extremely funny thanks to the comic style of the game and the sweeping voices designed by the creator of the series - Justin Rowland.
If you do not like the animation style, or you want to buy something that is more suitable for the whole family, the game is actually Job Simulator, with more curses and blatant humor, so you can stay with Job Simulator for a finer version of the game, which is still fun but more appropriate to all the family. We personally love swearing and blatant humor.
‘Rick and Morty’ VR on Rift
Read why we brought a 9/10 rating per game in our detailed review 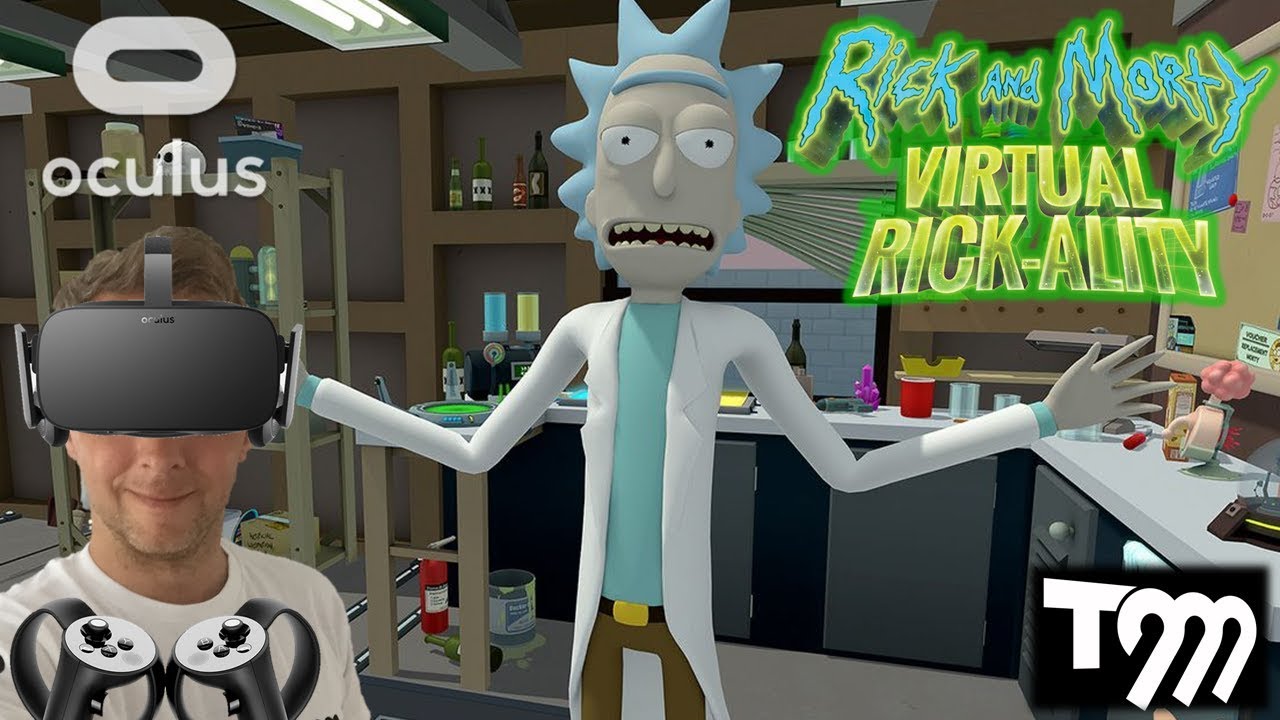 Game Star Trek: Bridge Crew:
You do not have to be a Star Wars fan to realize that sitting on a spaceship bridge and taking down ships of hostile aliens is an activity that can burn an afternoon or an entire evening. With the ability to play four players, you can go through the game's six combat missions, or alternatively experience one of the infinity of other players' game missions in Rift, Vive and PSVR. The game, developed by Ubisoft's Red Storm Entertainment, is one of the best shared games ever developed.
‘Star Trek: Bridge Crew’ on Rift
Read why we brought a 9/10 rating per game in our detailed review 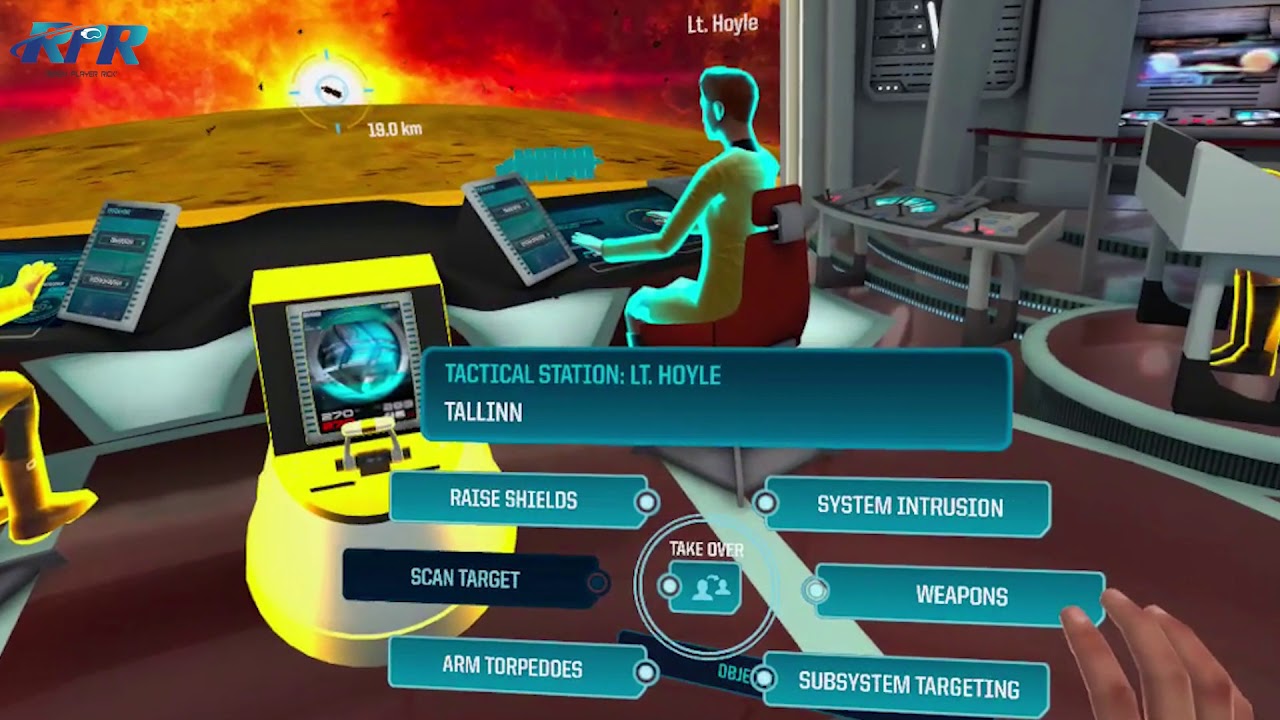 1. Superhot VR game:
If you have not yet played the game Superhot, released in 2016, on console or PC, get ready for a new experience in the genre of shooting games with strategic shooting missions. As a game thoughtfully designed as a game for virtual reality goggles, Superhot VR is a brand new game that is on the same line with their version of the flat screen. The iconic red figures (and their balls) only move when you move, so you can arrange your shots, punch another character, dodge someone else's ball and throw a bottle to the other side of the room, shattering the enemy's red glass head in a satisfying experience. And gives a three-dimensional feeling that surrounds you - because you do all these things with both hands. Other than that you will feel equal, no matter what warehouse or room you live in.
‘Superhot VR’ on Rift
Read why we brought a rating of 9.1 / 10 per game in our detailed review 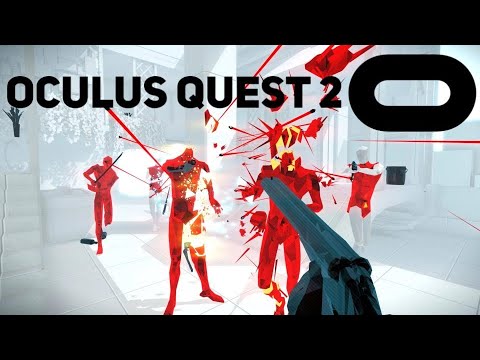