What is a Microsoft Dreamwalker? 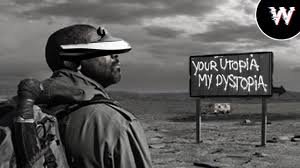 Microsoft unveiled a very fascinating experiment this week exploring the distant future of virtual reality by experimenting with a new system called DreamWalker, Microsoft researchers moved around the physical world while still fully immersed in virtual reality and are actually taking the first steps to replacing your morning trip with something that doesn't only respond to your surroundings Physically, but ultimately more interesting or highly philosophical.

Microsoft's DreamWalker uses tracking of the glasses, RGB depth sensors, and precise GPS locations. Microsoft researchers argue that the system can position the user continuously and accurately in the physical world, sense real-time walkable obstacles and obstacles, and represent paths in a changing, dynamic environment. (WOW I added).

The DreamWalker system was created by Jackie Young, Eyal Ofek, Andy Wilson and Christian Holtz, and their experiment shows that these are still early days of virtual reality and the system requires a back computer and lots of other equipment - however, DreamWalker certainly poses some interesting questions related to how Such a system can (or rather should be) and how it fits into a dynamic world.

At this moment 27.10.2019, no AR or VR hardware is capable of doing all of this ALL IN ONE (all the equipment in one reflector), but this is something we will definitely see in the next versions. Researchers emphasize that in order to achieve better user experiences, we need to find ways to increase processing power and incorporate more accurate GPS positioning.

Research done in the field is based on the very real assumption that the better the AR / VR user experience, the more time we will spend interacting in virtual, layered reality environments, which will make anything as routine as a park walk an exciting experience.

Below is a four minute video below to see what the findings of the research group were: