Why the World’s First Virtual Reality High School Changes Everything 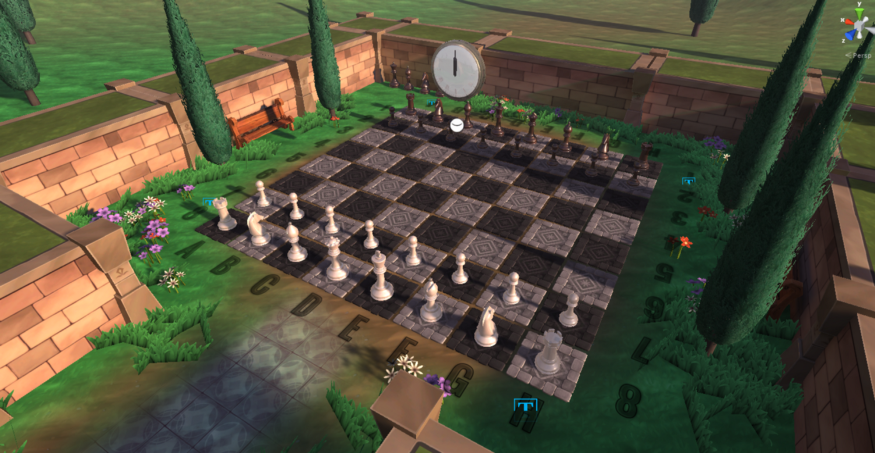 This week, Dana Williams and her team at American High School launched the first global virtual reality high school — and it’s pretty cool.It all started one day when Dana Williams reached out to us (VictoryXR) to take a tour of our online VR academy. Now note, the VictoryXR Academy educates groups of students in VR with live teachers, but it is not a school. As our curriculum specialist, Rene Gadelha will tell you, we offer supplemental learning, not for-credit classes.But with Dana Williams and American High School, the world changed. Those who have read the book or watched the movie, Ready Player One, get the drill. Students put on a virtual reality headset and enter a 3D world with others where they can interact, play, learn, discuss and — at least in short bursts — live.

There’s a lot of talk about the Metaverse, and in the truest sense of the concept, the school launched by Ms. Williams and her team realizes that vision. Here’s why:First, students are attending classes from more than one country. The first classes include students from both the United States and the Caribbean.Second, students experience the VR American High School as an avatar they create.Third, students are in a live, synchronous experience with a live teacher and a group of classmates.Fourth, all lessons are recorded and saved into a content library in full, spatial 3D. What that means is that a student can come back later and revisit the full class, as it happened. More than a video of a class, a student may walk around the class, experience the learning objects and even start and stop the class as needed.Fifth, students can meet after school on the campus with the chess club on the chess club space, or in study groups in the student lounge. The campus is a real campus, a place for classes to be held and students to congregate.

Sixth, this learning classroom replicates an atom-based classroom in the best ways. When I describe this to people, they frequently ask what the students are ‘watching’, as if this is a video or imagery to be consumed visually. For those who have not been inside, it is sometimes difficult to explain. The analogy I use is that of the Grand Canyon. Your aunt can bring you a postcard of the Grand Canyon and it’s beautiful, but when you are actually standing on the south rim, beholding all it’s glory it is almost a religious experience. Students who are in a classroom are able to learn in ways that are similar to the real classroom and in other ways, much better, more experientially profound. For example:

With the need for greater educational equity, perhaps the two greatest challenges are income and geography. While income is partly addressed with this VR approach (dramatically driving down the cost of educating students), the most impressive improvement comes from making geography irrelevant.

Think about magnet schools. Philadelphia may have an amazing magnet school for students who want to study science and technology, but if you don’t live in Philadelphia, it is not an option. Students who live in rural Pennsylvania or rural Mexico are limited to the school nearby — whether or not it satisfies the unique learning need each student has.In a school deployed through virtual reality, students may find the learning location and curriculum that best suits their need, regardless of their physical location. If a student is destined to be the world’s greatest computer chip architect and wants to attend a school with a heavy emphasis on computer engineering, this is now possible even if they live in Bora Bora… or New York. Relationships with like-minded people will develop and suddenly, someone who lives halfway around the globe will become a friend, not a stranger in a faraway land.

One of my favorite comments upon the launch of the VR school was about how people in the VR education world knew this would eventually happen, but someone had to get it off the ground. While we at VictoryXR are happy to be a catalyst, it also took the platform, EngageVR, created by David and Sandra Whelan, as well as Dana Williams and her team at American High School. Even more, we all needed Qualcomm to step in and give it a boost.The recipe required key ingredients to happen. In addition to an accredited school to manage students, admissions and the for-credit learning, it also needed a platform. That’s where EngageVR comes in. There are other platforms that will ultimately host schools, perhaps AltSpace, Horizon or others, but the first is on Engage.

Beyond that it also requires learning spaces and learning objects.In order to teach anatomy, it requires dozens of human body parts to be created by specialized 3D artists. The same goes for outer space, history, literature and every other subject taught in school. And all those classrooms in the real world need to be duplicated in the VR world, as well as some that are not in the real world.In American High School, there are more than 30 learning spaces that include traditional classrooms, but also non-traditional. Consider paleontology island where dinosaurs roam and bones are buried; or the Pyramid of the Sun south of Mexico City — can you think of a better place to learn Spanish?Finally, it also takes money to get all of this off the ground and that is where Qualcomm stepped up. As the world’s leading maker of mobile computing chips, which make VR headsets and AR glasses possible, they have an interest in seeing that the world of XR possibilities succeeds. Tawfik B and Franz Elizondo Schmelkes led the effort to see that the proof of concept was funded and students had VR headsets. Without Qualcomm, it would have been very difficult to get this off the ground.

The bottom line is this: creators, coders, educators, entrepreneurs, investors, corporations, parents and students all played a role in finally bringing the first global virtual reality high school to life. It won’t be the last school to open in the metaverse, but to all those involved in this inaugural launch — the Neil Armstrongs of your age — a special tip of the hat today for having the vision and the willingness to launch a better and more equitable era of education. Steve Grubbs is the founder and CEO of VictoryXR, the world’s leading XR curriculum company.