What is APE Coin? The Cryptocurrency Behind Bored Ape Yacht Club NFTs 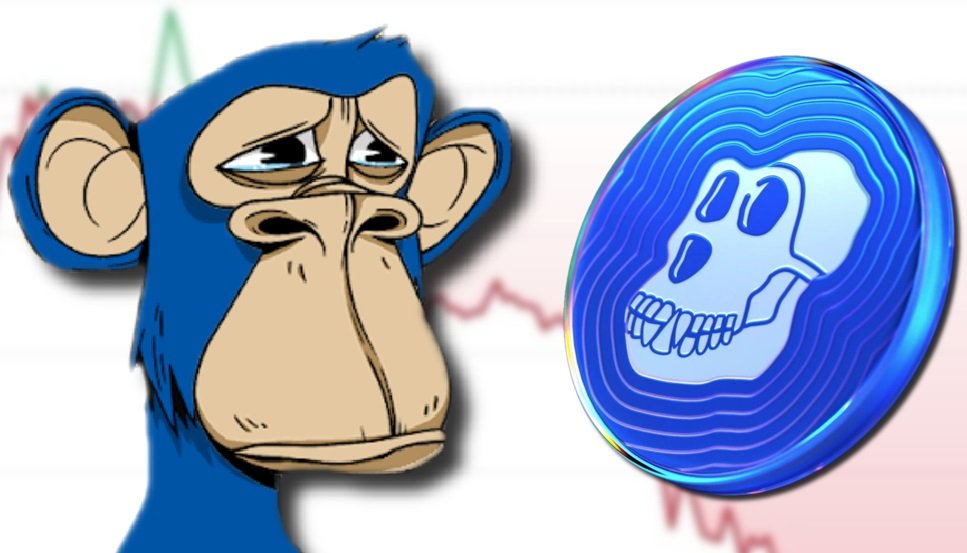 The Bored Ape Yacht Club and the associated NFT collections have turned into one of the most widely-discussed topics of 2021, and the buzz doesn’t seem to fade in 2022. Something that the team had hinted at a few months back was the creation of a native cryptocurrency – APE coin – that would power the entire ecosystem. Now, this has become a reality.In this article, we’re taking a closer look at the long-awaited APE coin by Yuga Labs – the creators of the Bored Ape Yacht Club – and everything you should know about it.

What is APE Coin?

Put simply, APE Coin is the native cryptocurrency of the BAYC ecosystem. It’s designed to be the decentralized protocol layer for various initiatives that are supposed to be led by the community.It’s built on Ethereum’s ERC-20 token standard, and its address can be found here. The cryptocurrency is traded on some of the biggest exchanges, such as Binance, FTX, Huobi, KuCoin, Bybit, Kraken, and so forth.

The total supply of APE is fixed at 1 billion tokens. There are no capabilities to mint further tokens through its contract interface, and this supply should never increase. Moreover, there is also no burning capability, so the supply won’t decrease either.The total supply is distributed as it follows:

150 million tokens from the ecosystem fund were airdropped to holders of BAYC-related NFTs in the following proportions:

470 million tokens from the same fund are going to DAO treasury and resources where 117,500,000 from these are unlocked at launch and 7,343,750 will unlock monthly for 48 months.The 16% that will go to Yuga Labs and for charity are divided as it follows:

There are also 14% to launch contributors that fall under different lockups, and 8% of the tokens will go to the founders of BAYC under a 12-month lock-up and 2,222,222.22 unlocked tokens per month after that.

The Ape Foundation and The DAO

Stewarding APE coin is the ape foundation – it’s the base layer where holders and the DAO can build. Per the official website:

The Foundation facilitates decentralized and community-led governance and is designed to become more decentralized over time. It is tasked with administering the decisions of the ApeCoin DAO  and is responsible for day-to-day administration, bookkeeping, project management, and other tasks to ensure the DAO community’s ideas have the support they need to become a reality.

The DAO itself, on the other hand, exists to deliver power to the community of APE holders. Ape Improvement Proposal Processes would allow the DAO members to make decisions on the Ecosystem Fund applications, projects, partnerships, and beyond.The DAO’s board will act as a council of the APE Foundation, and its members are tasked with oversight of the Foundation administrators. The Board has a purpose of administering DAO proposals and serve the overall vision of the community. These are the initial DAO members:

As mentioned above, APE is an ERC-20 token that serves the purposes of governance, but it also brings utilities when used within the APE ecosystem.The open-source protocol layer of the entire ecosystem has a few purposes to serve:

APE is to serve as a tool for developers to take part in the ecosystem by incorporating it in their products, games, services, and so forth.

As explained above, governance is one of the main purposes behind APE as it allows holders to participate in the DAO.

The cryptocurrency provides access to some parts of the ecosystem which are otherwise unavailable. These would include merch, events, games, and so forth – exclusive to holders.Being the utility token of the ecosystem, APE also gives its participants a currency that can be used without any centralized intermediaries.

How to Buy APE Coin

As mentioned above, APE is already listed and trading on some of the major exchanges such as Binance, Coinbase, FTX, Huobi, KuCoin, Bybit, Kraken, and so forth. However, at the time of this writing, the lion’s share of the liquidity seems to be on the Binance exchange and it’s centered in both APE/USDT and APE/BUSD pairs.Users who don’t have an account can take a look at our comprehensive guide.