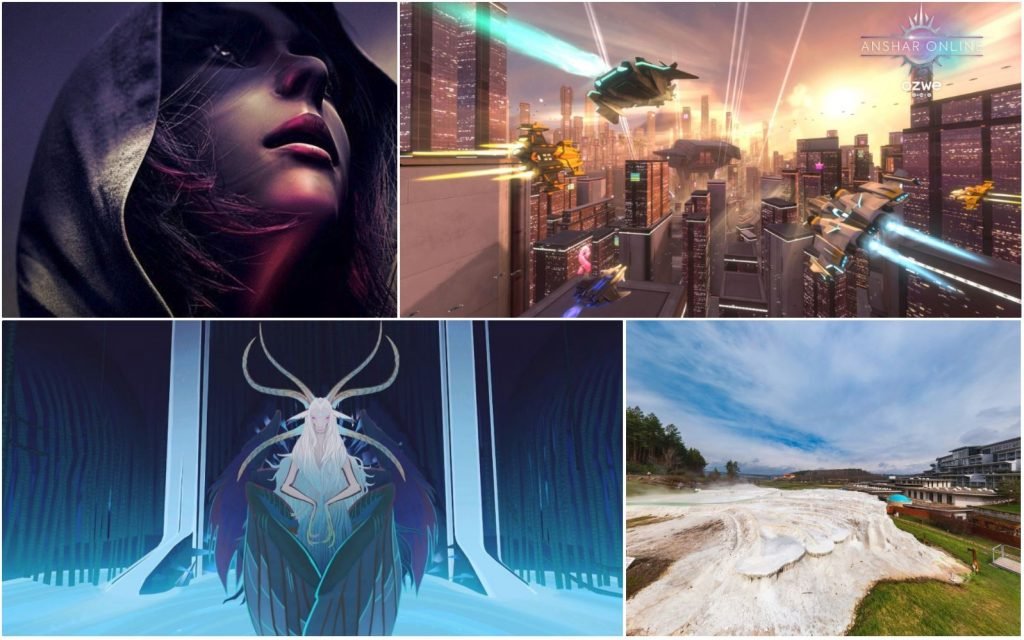 Catan VR allows fans of the game board to be the best-selling virtual reality board. Play with other players from around the world, make trade deals with foreign friends. The game feels natural in its transition from a desk game to a VR like natural evolution, a recommended game, and in the video you will see how excellent it is.

A very creative game that feels a spiritual successor to the prestigious Us two Games game on Gear VR, only more ambitious. The developers took a lot of risks with the design of the game to make it pay off in the end. The smart use that developers made on this DAYDream controller gives players complete control over their movement. The result is a sci-fi memorable sci-fi adventure.

RPG based stealth game. And a team that has experience working on franchises like Metal Gear Solid, Halo, and FEAR created it, making it one of the most promising games for mobile VR. I divide the plot in the game into five parts.

Table tennis may not sound like something worth playing in VR, but it's well worth it. There is something very satisfying about watching realist physics, that everything goes just like it does in reality, even with the 3DOF controlled it works great.

There aren't many racing games on Oculus Go. That's why this game is fun, very easy to control, and one-handed steering. It's super fast and fun!

Bright colorful fishing game in VR. The game is very simple, but it works and it's fun. There are plenty of places to see fish to catch, and gear to collect. It's one of the easiest games that exists in virtual reality today.

You may have tried a roller coaster in virtual reality in the past, but not this one, the exceptional Coaster Combat. Not only are the tracks amazing, the twists are very noticeable, but that's not all. Add a rifle to it now and start shooting enemies along the way. Each track procedurally created according to a defined theme, so you'll never be on the same train twice.

There are a lot of space fighting games. But unlike Anshar online, also because of the multiplayer features of the game, there is also a single-player plot option with lots of missions and upgrades, it's important to note that this is a prime quality game.

This is not a game here, more like an underwater safari slightly interactively. If you love the ocean, the sea creatures, now you can dive whenever you want.

No, this is not a typo. That's the actual name of this game. The game Virtual Reality is a surreal journey through a distant future where humanity has become dependent on virtual reality.

Duel Game A game where you can pick a load out of spells and take them into battle, where you can also teleport yourself around the fighting scene.

One of the most missing genres in the Oculus Go library is RPG. We have tons of puzzle games, weird adventures, but role-playing games have very few with an emphasis on action and exploration and where this game comes into play.

This app is just amazing. Lets you access your desktop from virtual reality glasses, connect to Wi-Fi - and then it works everywhere in the world.

This app, you can go backstage and travel to festivals without ever leaving your home. An enormous collection of concerts and artists from a wide variety of genres and styles.

It's something a little different, but still highly recommended. If you want some peace away from anyone. Put your glasses on and go outside in calm, different environments.

You may also be interested in: Must games, virtual reality 2021