Virtual reality is being used to treat alcoholism. 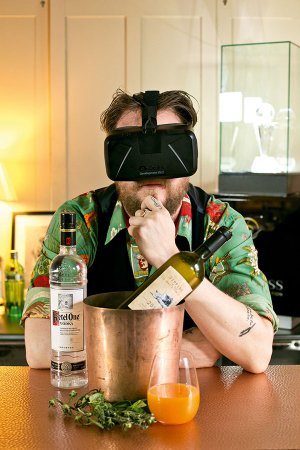 The Australian Electoral Commission (AEC) wants to make voting fun, or at least make it feel like a game.

It has this week gone to tender for help with "gamifying" electoral education, seeking specifically a solution for visitors to its National Electoral Education Centre (NEEC) in Canberra and those that wish to play online.

The initiative is a part of the NEEC refurbishment project, which will include the redevelopment of the existing interactive space it has to include "self-directed activities carried out in a gamified 3D virtual world that visitors will access through touchscreens".
"The AEC also has a separate requirement to provide self-directed electoral education through a 3D gamified virtual world that will be accessible to a broad audience through a browser, or less ideally, through an app or downloadable executable," the commission explains in the tender's statement of requirements.

This will be referred to as AEC Virtual Ed (AVE).
"The solution must be designed in a manner where activities in each module contribute towards a shared overall goal, such as helping the AEC achieve a successful election," it said.
Currently, the AEC provides education on voting to kids, through teachers or directly at its centre, as well to those in the general public, new citizens, specific community groups, such as Indigenous Australians and Culturally and Linguistically Diverse (CALD) communities, and those involved in the political process, including the media and political parties.
The AEC wishes to not only upgrade its existing mandate, but to broaden its educational reach to "increase the depth of education provided to the general public".

As it details, the AEC is seeking the development of a gamified 3D virtual world, possibly in combination with other media forms, to provide self-directed electoral education that will be accessible to visitors to the NEEC in the activity space.

The solution at the NEEC can be deployed using an executable on touchscreen PCs.
The base NEEC solution must also be designed to be accessible through virtual reality headsets, but must not be designed for VR headsets as a primary method of access, the AEC specified.
It's also seeking the development of a media solution for the NEEC lobby and a solution for AVE which is accessible to broad audience through as many devices and platforms as possible, for example desktop browser or mobile app. This will include the deployment of the solution highlighted above as well as the development of modules solely intended for AVE.

"AVE product aims to be world class and a world first for an electoral management body, in providing contemporary, immersive, and media-rich electoral education online," it adds.
At its peak, the AEC said its NEEC will have 200 learners per hour using the solution in the Election Launchpad space, with 80,000 learners per year using the space mainly during school terms. It is expected that AVE will have 300 unique visitors per hour outside of the election period and up to 1,000 unique visitors per hour during the election period.

"The solution must be designed in a manner that allows for the expected usage as far as is possible without knowing the specifics of any hosting solution the AEC later selects," the tender asks.