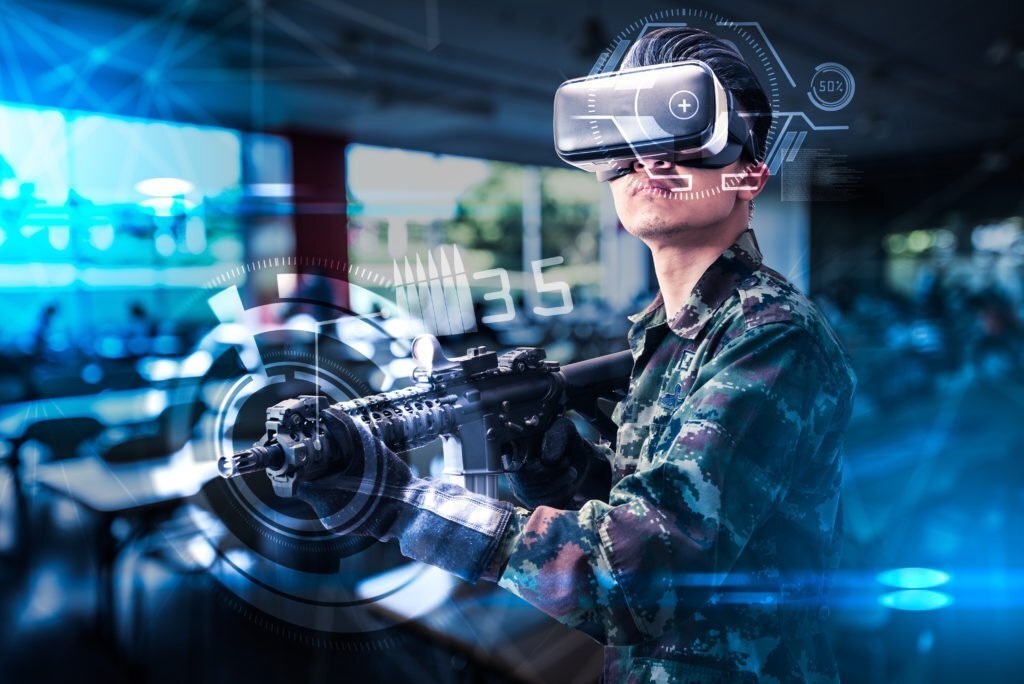 Once the preserve of gamers, virtual reality (VR) has seized on by the financial sector as a way of enlivening home working for lonely traders or isolated executives and replicating real-world sales, networking, or training events.With 90% of employees at of the world’s biggest financial firms now working at home because of a resurgence in coronavirus infections, more and more companies are experimenting with VR. 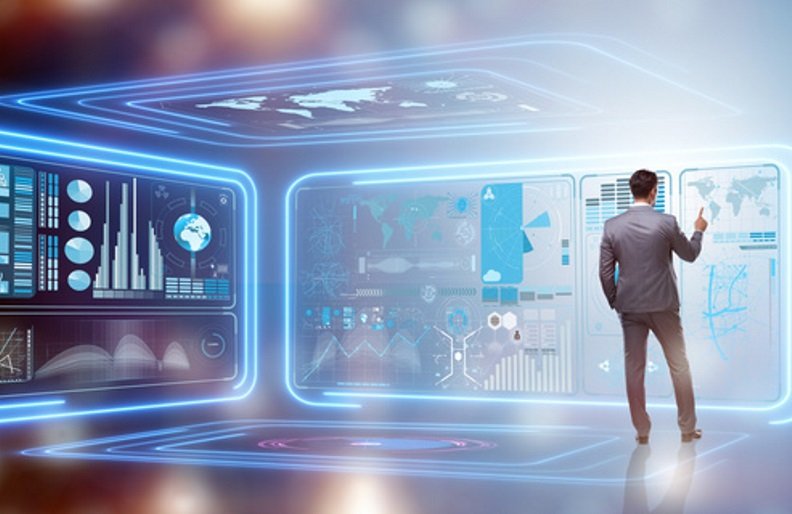 Some practices could stick beyond the pandemic, particularly as home working becomes more widespread.At investment manager Fidelity International, executives experimented with a VR auditorium, taking questions from colleagues and even walking up and down the aisles.“Working from home has massively sped up the interest in virtual/online spaces,” according to Stuart Warner, head of technology at Fidelity International, which manages $3.3 trillion in assets.

Having internally explored VR and augmented reality (AR) technology — which unlike VR is not fully immersive and involves computer-generated elements being visible through a smartphone screen, for example — Fidelity now aims to trial VR for its sales teams’ interactions with clients. “It brings it to life a bit,” Warner said.For London-based Ed Greig, chief disruptor at Deloitte Digital VR has sparked conversations with potential clients and colleagues in far-flung cities in office get-togethers.

“The other day, I was finishing a VR meeting with somebody, and as I was walking out of their office, I bumped into a person who was coming in for another meeting. And that interaction for a couple of minutes turned into a proper business conversation later,” Greig said.VR can be useful not just for scheduled meetings but also for helping ease feelings of isolation and giving some workers the office buzz they crave and thrive in.Swiss bank UBS has experimented with issuing its London-based traders Microsoft HoloLens smart glasses, which it says allows staff to recreate the trading floor experience at home.

VR headsets allow users to see and interact with others in the same digital room, and movements like turning their head correspond with how the person’s avatar moves in the space. 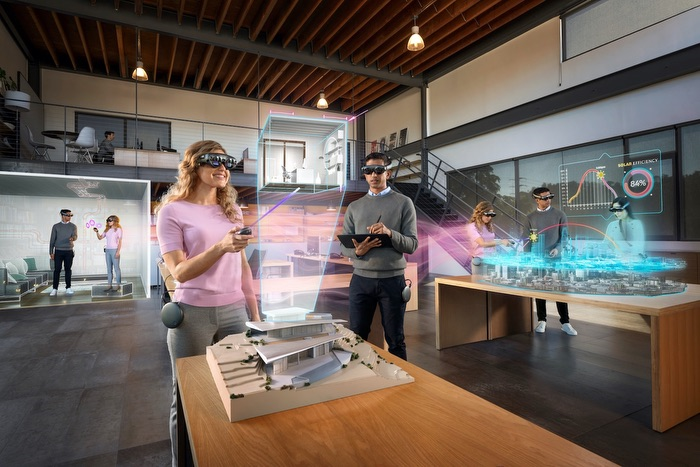 Recreating the feeling of human interaction has provided an impetus for the VR push.Executives say they are combating so-called Zoom fatigue — exhaustion brought on by a daily barrage of video conferences, meetings, and messaging via tools such as Zoom or Microsoft Teams, which have replaced face-to-face interaction.

The hope is that virtual reality spaces will resuscitate team spirit, especially when bringing in new employees. Marc Bena, who leads the digital audit business unit at PricewaterhouseCoopers UK, said: “In a virtual environment, you can hear multiple people talking which is different in a Zoom meeting… when you wear these headsets, you transported into a giant room with a whiteboard and office furniture, and you join your other colleagues in brainstorming ideas.” “You can look around you and interact as if you were in an office. That recreates the sensation of being together.”

After a virtual session, he and colleagues had virtual drinks in another zone and could move from table to table.“You could recreate exactly the same environment as if you were in the cocktail parties with your avatar. The only downside to this is that it can get pretty intense after a couple of hours,” he said.A PwC study in June found participants in a virtual reality workshop were 3 times more confident about what they had learned than those learning via traditional classrooms or even via e-learning courses.

The cost to train 13,000 executives in a classroom at the firm is 8 times more expensive than via a virtual reality course for the same number of people the study found. PwC and American Express use VR tuoso, a virtual reality presentation platform that uses headsets made by Piko Interactive for training and boosting sales.So far, most of VR’s real-world business applications are in medicine and retail, including training department stores salespeople to deal with difficult customers. Julie Ask, vice president and principal analyst at Forrester, a U.S.-based market consultant, says more widespread adoption is inevitable. “I think VR technology adoption is going to continue to grow over time,” she said. 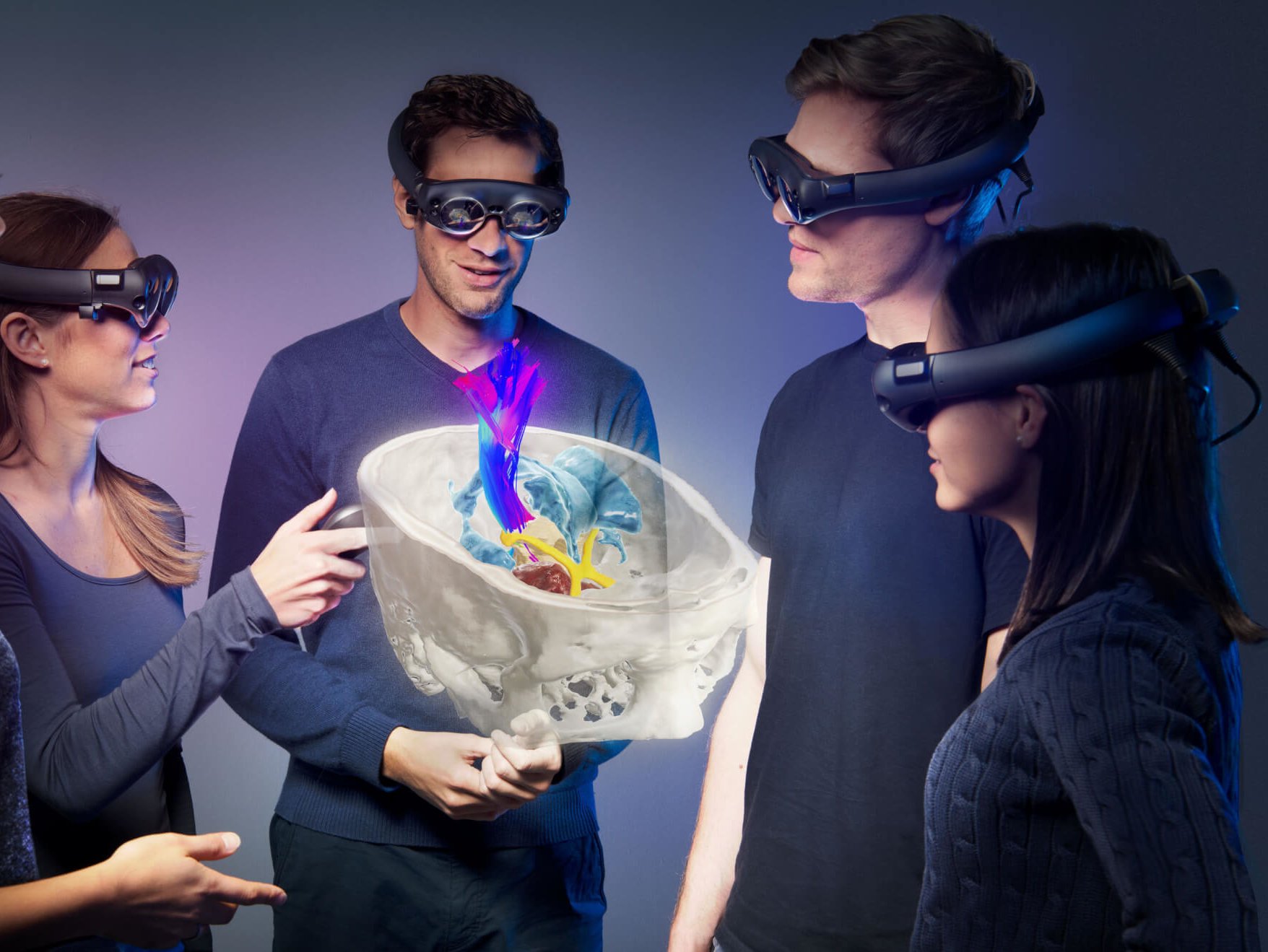 Cost is the reality

The immersive work experience carries a hefty price tag–Microsoft’s HoloLens 2 headsets cost $3,500 apiece.But the financial industry is gearing up to spend. Fidelity says tech spending is up “100% to 200%” this year versus 2019, and it will keep that level of spending for the next year or two. David Ripert, chapter president of the U.K. branch of the Global VR/AR Association, said that growth in demand for VR was a “silver lining” of the pandemic, as people used the technology to recreate canceled physical events and conferences.

“Using VR for these networking events is really cool because you get that sense of belonging and connection that you don’t get necessarily through flat 2D video,” he said.Advances in immersive technology could save banks as much as $1.5 trillion by 2030, with nearly $500 billion coming from virtual reality applications alone, PwC estimates, through the use of VR training or business meetings.Deloitte estimates that 19% of British firms have invested in VR and augmented reality in 2019 and a further 31% will invest in such technologies by 2021.Citibank first built an experimental simulated trading environment some years ago when it looked at Microsoft’s HoloLens. At a bond conference in Munich last year, Finnish bank Nordea gave investors a virtual tour of its Copenhagen trading floor through VR headsets. But while there is momentum in the sector, to be fully effective VR technology must overcome constraints such as limited display size, processing power, and battery life.

This is where a host of startups are trying to get in the market by offering cheaper, simpler ways to smooth remote work. Platforms such as Sococo and Gather provide virtual versions of physical spaces online, in which employees can move about and interact without headsets.“The casual socialization aspect of work is hard to get when you’re doing everything over Google Meet or Zoom,” said Phillip Wang, who founded Gather with his university friends.

Gather has hosted everything from weddings and parties to meetings and conferences, with 30,000 people coming to the virtual spaces every day from over 100 countries. While startups are scaling up quickly, established leaders are launching new innovations. Zoom Video Communications said it expects VR and AR to become a bigger part of online communication in the future.

This could include new enhancements to alter a person’s appearance to make it more work-appropriate, hiding gym clothes, for instance, and translating real-life details into the virtual space, such as the ability to shake hands. Microsoft said it has seen increased opportunities for VR usage this year. Google declined to comment. “I think the pandemic has changed people’s perception of what’s possible and what’s workable,” Fidelity’s Warner said. (Reporting by Elizabeth Howcroft and Saikat Chatterjee, editing by Alexandra Hudson.)