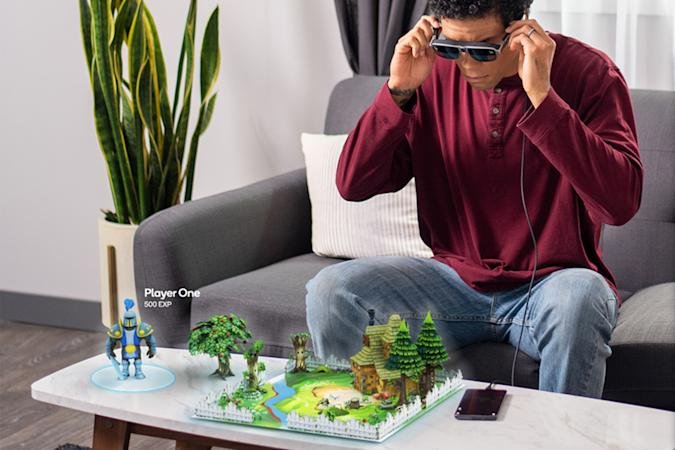 Qualcomm and Lenovo announced a new partnership this week with support from telecoms and gaming companies to expand the universe of augmented reality software engineers. The companies are combining the Snapdragon Spaces XR Developer Platform and the Think Reality A3 smart glasses to make it easier to build AR apps. Developers can use the platform to build new 3D applications for AR glasses or add AR features to existing Android smartphone applications.

"Snapdragon Spaces is designed to support the democratization of XR by taking a horizontal, open channel approach so developers can rapidly bring their ideas to life and reach a wide range of end users," said Hugo Swart, vice president and general manager of XR, Qualcomm Technologies, Inc. said in a press release.

Snapdragon Spaces is based on the Khronos OpenXR specification to ensure portability and is the first headworn AR platform optimized for AR Glasses tethered to smartphones with an OpenXR conformant runtime, according to the company.

Jon Pershke, vice president of strategy and emerging business, Lenovo Intelligent Devices Group, said in a press release that the ThinkReality A3 is the first AR smart glasses device to support Snapdragon Spaces.

"Snapdragon Spaces will help the developer community and our customers create even more value in their AR solutions and expand the capabilities on mobile devices coming to market early next year."

Developers can use the "environmental understanding" capabilities in Snapdragon Spaces to build AR experiences for headsets or smart glasses that combine elements from the virtual and the real world. A device with "environmental understanding" allows users to sense and interact with physical indoor spaces. Features include spatial mapping and meshing, occlusion, plane detection, object and image recognition and tracking, local anchors and persistence and scene understanding.

Lenovo's Think Reality A3 smart glasses can create virtual monitors for business users or a guided workflow for workers on a manufacturing floor. The glasses tether to the Moto g100 smartphone and select Lenovo PCs.

There are several smart glasses on the market and a few have app marketplaces.

The Epson MOVERIO BT-300 has an HD display, a high-resolution camera and an apps market that includes content and applications. The Vuzix M300 smart glasses are designed for enterprise users, have 64GB of memory and a store that includes apps for Teams and Zoom.

SOLOS from Kopin is designed for athletes and can measure a user's performance including elapsed time, speed, power and heart rate. There also are a variety of AR apps designed for the glasses.

There are augmented reality SDKs for Android and iOS as well as one from Facebook, Google, Vuforia, Wikitude and EasyAR.

Qualcomm is also building relationships with telecom providers including Deutsche Telekom, NTT DOCOMO, INC. and T-Mobile U.S. and gaming companies to support the adoption of AR hardware and apps. 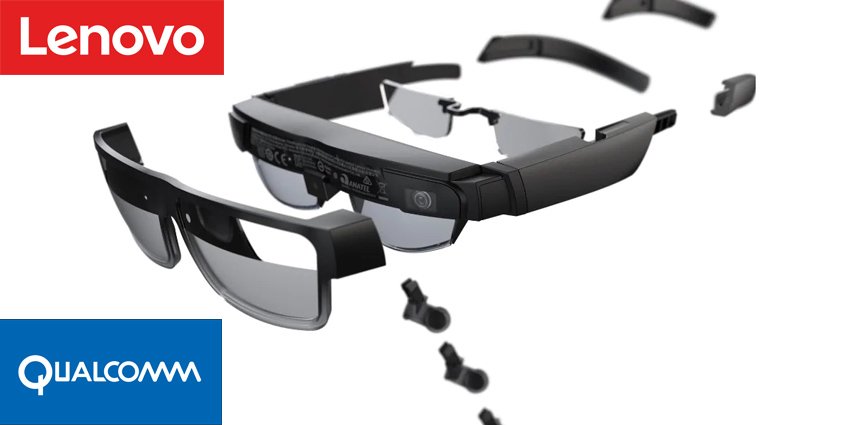 "Integrating Unreal Engine with Snapdragon Spaces will empower creators to build beautiful, high-fidelity AR apps that can be enjoyed anywhere, anytime," he said. "At Epic we are working to build an open metaverse where creators can conceive, share, and deliver incredible real-time 3D experiences and find success through favorable business models.

The company plans to integrate the new Lightship developer platform from Niantic as well.

John Hanke, founder and CEO of Niantic, said in a press release that the new product complements his company's goal for developers to build planet scale AR applications.

Timoni West, vice president of virtual reality and augmented reality at Unity, said in a press release that by building intelligent AR apps that are context-aware, Unity can focus on launching products that bring down technological barriers and allow anyone to build AR environments.

"In a world filled with creators, inventors and innovators, the metaverse simply can't exist as a walled garden, and we feel that Snapdragon Spaces brings us closer to that reality," West said. "The utilization of AR Foundation and Unity MARS companion app with Snapdragon Spaces enables creators to quickly and easily make great immersive experiences that use real-world data."

AR developers can apply for a spot in the Snapdragon Spaces Pathfinder Program. This project is designed to build the AR ecosystem and will provide early access to platform technology, project funding, co-marketing and promotion and hardware development kits.

Lenovo and Qualcomm expect the product to be generally available in Q2 2022.