On October 25th, Pimax promises a sneak peek at a "next-gen" VR product. 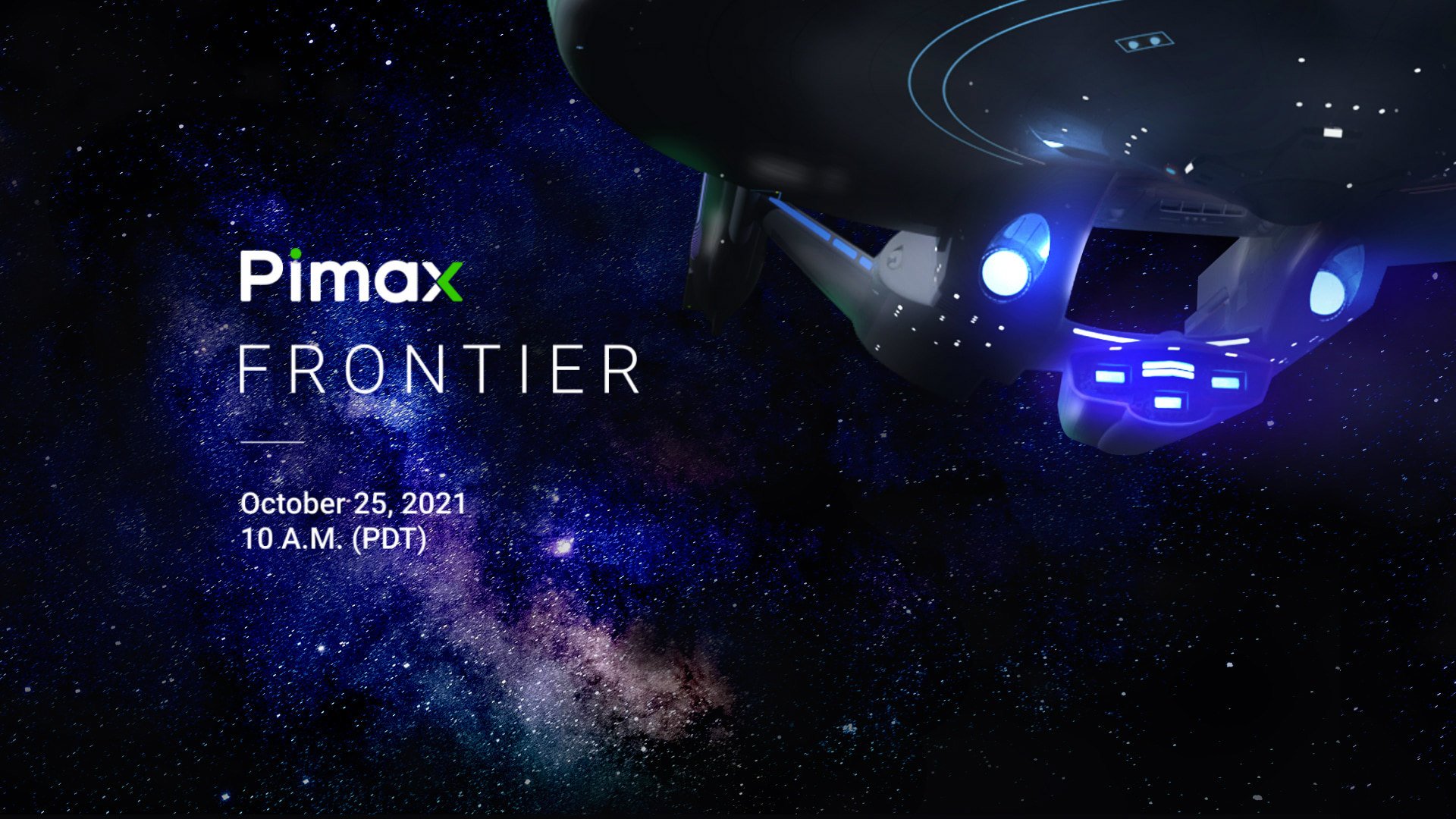 Pimax has announced that a product event would be held on October 25th to unveil a next-generation VR headset that will be "many generations ahead of anything currently on the market," according to the company.

Frontier 2021 was originally scheduled for October 20th, but after its public announcement, Pimax has rescheduled the event to October 25th, just three days before Facebook's annual Connect VR developer conference.
Frontier 2021 will "showcase the Pimax product roadmap, related technologies, the vision of VR3.0, and a sneak preview of code name "Reality": a new product that's several generations ahead of anything currently on the market," according to Pimax in an email to the press.
'Reality' is expected to be officially unveiled at CES 2022 in January. "The name should give you a sense of the power of this product," Pimax explains.

You’ll be able to follow along with the announcements in a livestream on YouTube, taking place at 10 AM PT on October 25th. If the company’s other VR headsets are any indication, ‘Reality’ may be another wide-FOV, high-resolution headset.Pimax isn’t alone in the Techtober XR product reveals. This month has already seen the unveiling of HTC’s standalone Vive Flow and Magic Leap 2. High-end headset creator Varjo is also holding a product launch event on October 21st.Notably, Pimax shifted Frontier 2021 to be even closer to Facebook Connect, the latter of which is coming in a single-day event on October 28th. There we may get a peek at the rumored Oculus Quest Pro in addition to hearing more about the company’s recently revealed prototypes, which ought to make for some interesting points of comparison.