Is Web3 the Internet's Next Big Thing ? 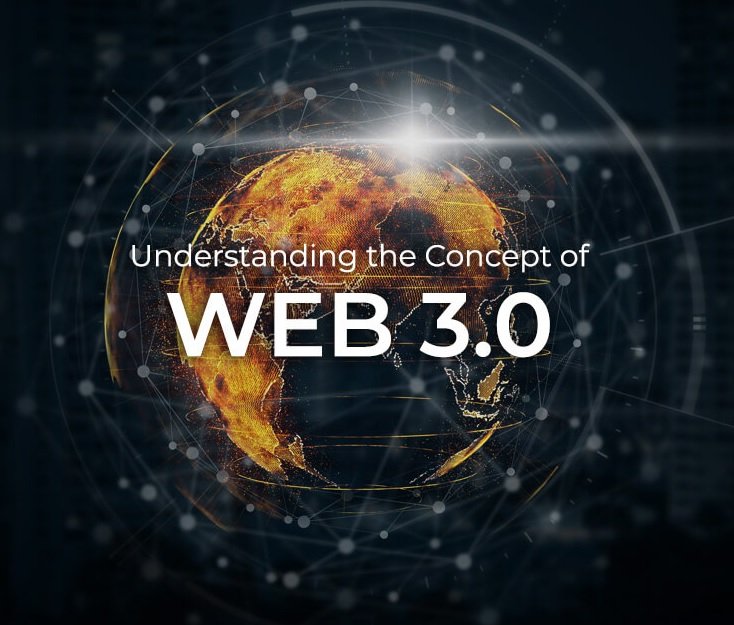 Many people are wondering what the web of the future will look like, and whether it can evolve away from the worst tendencies of today's online world, thanks to pandemic lockdowns, the emergence of the blockchain, the metaverse, and Big Tech's unchecked power. Web3 represents one vision of how it could all come together.

The World Wide Web was a fairly static medium when it first became a phenomenon in the 1990s, and many websites looked like digital versions of print brochures. In the early 2000s, this shifted dramatically. Gmail, for example, was far more interactive and app-like than those that came before it. The web also became more participatory, resulting in an explosion of user-generated content, first in user groups and blogs, then on social networking sites like Friendster, MySpace, and Facebook (now Meta).

Web 2.0 was the name given to this new wave of richer experiences and it has created vast wealth, reshaped industries, and had a profound impact on how we live in the twenty-first century over the past two decades. However, the web as we know it has been plagued by a slew of issues, ranging from cyber crime to surveillance capitalism to widespread misinformation and a rapidly deteriorating sense of trust. Because of its design, Web3 may be more resistant to these issues.

While there is no official definition of the term, "Web3" usually refers to a decentralized, blockchain-inspired web architecture that gives users more control over their digital content and currency and relies less on trusting a central authority like a bank or a tech platform operator for transactions.

Even when Web 2.0 was still a new concept, people were talking about "Web 3.0." However, during the strange quasi-recovery from the pandemic, interest in Web3 appears to have increased significantly. Since the end of July, Google searches for "Web3" have increased sixfold, and the trend is continuing. However, not everyone is enthusiastic: on Twitter, supporters are joined by detractors who call Web3 a gross exaggeration of the blockchain's capabilities or a ruse.

Many of the people talking about Web3 are from the cryptocurrency world, which is true. Web3 proponents believe that blockchain technology—which creates a secure, shared repository of transactions that no single entity controls—can do far more than cryptocurrency. Instead of being locked to Meta, Twitter, or TikTok, the blockchain could allow users to move their social content (and possibly their reputation) between platforms. It could serve as the foundation for a new type of marketplace for people selling physical or digital goods, similar to how NFTs (nonfungible tokens) do.

It’s also true that only pieces of Web3 exist today. The rest is aspirational. Building, then scaling, the technologies needed to fulfill the Web3 vision would require lots of time, money, and cooperation.

The original web's magic was that everyone agreed to use a single, open-source protocol—HTML—to run their sites. Nobody owned it, and anyone could use it. However, no universal web protocol exists that allows anyone to share social content across social networks or send money to friends and family regardless of which cash app or cryptocurrency wallet they use.

In the absence of such open protocols, venture-backed tech firms could provide similar services through their own proprietary platforms. Meta owns the most popular social networking platform and makes money off its users' personal information. Amazon is the most popular e-commerce platform, with users being monetized and third-party sellers being charged rent.

Apple and Google run and monetize the two most popular app stores, selling their own mobile services and charging third-party app developers' rents. And so forth.

This sort of architecture has most times favored the huge platforms, leaving the crumbs to smaller ones. It’s concentrated on a lot of profit and market power in the hands of just a few Big Tech companies.

A more decentralized system, in theory, might allow for direct relationships or transactions among users, buyers, creators, and sellers.

"Web3 is about the creator economy," says Matthew Gould, founder and CEO of Unstoppable Domains. "Users own the data and the economic rewards associated with the online value they create." "Web3 is a promise to blockchain developers that the rules of the game will never be changed, as has happened in the past with the Apple App Store, Facebook, and Twitter."

However, it's important to remember that even the largest blockchains, such as Bitcoin and Ethereum, are currently incapable of handling the scale of mainstream financial services. Many people are working on scaling up the blockchain for cryptocurrency transactions, but to manage social, e-commerce, and trust and reputation services, a variety of other systems would need to be developed.

METAVERSE ON THE BLOCKCHAIN

Many people consider the metaverse to be a Web3 experience. That's because current web platforms and technologies can't support a key aspect of the metaverse: users' ability to freely move between any virtual space or experience, just as we can navigate between websites using any web browser.

New protocols may be required to ensure that users' experiences remain consistent as they move around the metaverse. They'd allow us to move between the metaverse domains of Apple, Meta, and Amazon, for example, and have our digital identity, content, and currency honored at each location.

This dynamic appears to be acknowledged by Meta, the Big Tech player making the most noise about the metaverse. Meta intends to build "for the metaverse," not "build the metaverse," according to CEO Mark Zuckerberg. Though it clearly wants to be a leader in developing the open standards that will govern the metaverse, it isn't arguing that it should be a closed, proprietary world like Meta is today.

People will buy and accumulate more digital goods, such as game skins and other digital apparel, digital art, and digital real estate, as they spend more time in digital space. In Web 2.0, a user might purchase a new skin (outfit) for their avatar in Fortnite that they can only use in Fortnite, and pay for it with V-Bucks, which are only worth something in Fortnite. A Web3 architecture could include protocols for the avatar, clothing, and currency, allowing them to work anywhere in the metaverse.

In an email to Fast Company, Andreessen Horowitz's Yahya argues that building a metaverse bottom-up on top of open standards is like building a great city." It's much more difficult because it requires a large group of people to come together and collaborate, but the results are far superior.

"When it works, a great city—like a true metaverse—provides a solid foundation for an infinite ecosystem of experiences and entrepreneurial activity," Yahya adds.

The open standards required for the metaverse could be enabled by the blockchain. Users might use NFTs to prove ownership of their digital property. They could use the blockchain to manage, broker, rent, or sell their digital stuff. Some might decide to make a business of it, creating their own digital goods (represented as NFTs) or curating and brokering the goods of others.

“Web3 is a game changer for the future of social and digital ownership,” says Pierina Merino, founder of Flick Play, a social NFT discovery app. “It enables our digital inventories to travel cross-platform without losing their value and authenticity.”

There is still a lot of work to be done in order to lay the ground work for Web3. Some of that work could be political, requiring users, developers, tech companies, special interest groups, and others to take part in a variety of standard bodies and reach agreements on how the Web3 protocols should operate. Web3 will only take shape once this work gets underway and financial incentives align.