Facebook acquired the patents of a flopped mixed reality startup and no, it isn’t Magic Leap. Instead, Facebook has gone for the patents of Daqri, a failed AR hardware manufacturer that was founded in 2010, in what is seen as a defensive acquisition to ward off any potential legal challenges in the future.

Daqri was planning to manufacture augmented reality glasses as well as helmets, particularly for the enterprise market. Daqri’s so-called “smart helmets” were supposed to protect workers while also displaying useful information and instructions in the wearer’s field of vision. A decade ago, Augmented Reality was a fascinating technology but it had not yet hit the level of sophistication and relative success that it now enjoys.Daqri went bankrupt at the end of 2019 after burning more than $300 million from investors. It was a surprising turn of events for a company that had seemed on a solid track to market success with its B2B strategy.

Following its bankruptcy, insiders revealed that the company had developed an immersive technology that couldn’t even begin to keep up with its full-bodied advertising promises. Its Augmented Reality helmet, costing around $15,000, had been described as a device with plenty of bells and whistles but with no real practical use.Daqri’s bankruptcy, followed shortly thereafter by Magic Leap’s bankruptcy considerably damaged the image of the AR industry and such a failure is likely to make future negotiations with potential investors a lot more difficult for startups and companies in the AR industry.After its bankruptcy, the company’s assets have been auctioned from February 2020. Entries with the US Patent and Trademark Office, USPTO, show that Facebook is amongst the buyers of the company’s patents. This summer, Facebook reportedly acquired more than a hundred patents as well as patent applications for AR-related technologies via an intermediary with the acquisitions ranging from holographic lenses to software kits for developers. 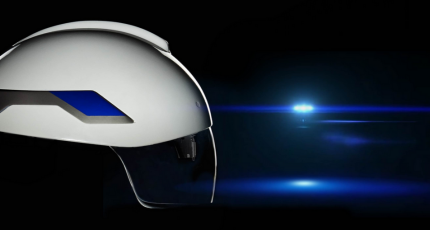 In February 2020, the company selling Daqri’s patent portfolio described the AR startup as having developed a portfolio of patented technologies that serve as a basis of developing and commercializing world-class AR solutions for a variety of business and logistics problems and that the control of the portfolio had the potential to bring the buyer to the forefront of the AR industry and also provide an unparalleled opportunity to expand the technology into adjacent highly innovative areas.On Facebook’s part, it seems like this is a defensive acquisition and we are unlikely to see a Facebook AR helmet spurned off the Daqri patents, particularly in light of the circulating reports of Daqri’s still unfinished technology. Facebook’s acquisition of Daqri’s patents should, therefore, be seen as more of a legal safeguard: Patent trolls, as well as serious organizations and people, generally sue for massive sums of money in the event of patent infringements. Rather than have the Daqri patents fall in the wrong hands and possibly be used against future Facebook AR products, the tech giant would rather have the cards under its control.