According to Goldman Sachs, the metaverse must run on blockchain 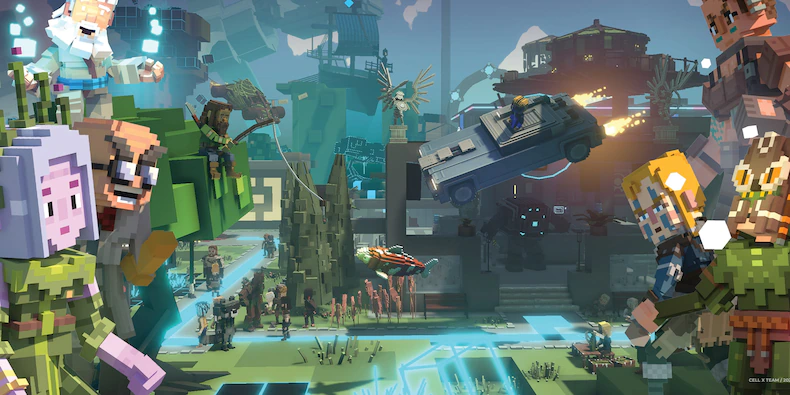 Crypto technology, according to Goldman Sachs, will be at the heart of the metaverse because it will allow people to securely own digital items across multiple virtual worlds. In a note published Tuesday, the Wall Street bank's analysts, led by Rod Hall, hailed blockchain technology as "one of the most disruptive technology trends" since the dawn of the internet. The metaverse is a broad term that refers to virtual worlds where people can game, work, play, socialize, and trade as avatars. Facebook announced in October that it would change its name to Meta and focus on creating virtual worlds, which it claimed were the internet's future.

Crypto-focused gaming metaverses such as Axie Infinity and The Sandbox have been pulling in users of late. They allow players to create and trade items as non-fungible tokens, or NFTs — types of secure crypto collectibles — and have in-game economies that use cryptocurrencies. Goldman's analysts said crypto technology must be at the center of the development of metaverses because it allows users to securely own assets or items, and move them across different platforms with no central party's permission.For example, The Sandbox runs on the ethereum crypto network, which enables users to buy and sell in-game land and NFTs on exchanges outside the metaverse, such as Open Sea."We believe the metaverse is likely to be an amalgamation of different 3D spaces and that users will move between these regularly," Goldman said.

"We believe that any virtual goods or services that cannot move from one space to another with the user will have a lower value."
"In the metaverse, blockchain is the only technology we see that can uniquely identify any virtual object independent of a central authority," the analysts added. When the metaverse finally manifests, this ability to identify objects and then track ownership will be critical to its operation."

A blockchain is a digital ledger of transactions which is overseen by all members of the network rather than by a central party. Blockchain technology powers bitcoin, where users called "miners" have to solve cryptographic problems to verify transactions, keeping the network secure.Although Facebook/Meta has launched early versions of its metaverse. It's unclear yet whether the company thinks decentralized blockchain technology will play much of a role.

Many crypto enthusiasts are concerned that the company's financial strength and social media clout will lead to it gaining control of the metaverse and tightly controlling creation and trading. Meanwhile, critics are skeptical of the metaverse's entire concept, pointing out that previous virtual worlds like Second Life have existed for years and that virtual reality headsets have never really taken off.

Meanwhile, critics are highly skeptical of the whole idea of the metaverse, noting that previous virtual worlds such as Second Life have been around for years and that virtual reality headsets have never really caught on.

Although Goldman said it was too early to develop simple investment strategies around blockchain, the bank was bullish on the technology. Blockchain "has much broader and far-reaching implications for decentralized identification and ownership of both digital and physical entities," according to the analysts. They claimed that the technology could improve internet privacy and eliminate the need for centralized control in a variety of industries, including supply chain management.