Virtual reality will revolutionize dental care and dentistry as we know it.

According to Amit Caesar, studies show that virtual reality can reduce your patients' perception of pain, which can lead to more treatment appointments.

Do you tire of staring at worried faces all day at work?
1. Virtual reality (VR) has the potential to eliminate the fear, pain, and anxiety associated with dental visits, and the results have been promising.
Virtual reality will transport your patients to different worlds. They can watch scenes that will help them relax and feel at ease during the procedure. Patients will be less anxious, allowing you to treat them more effectively. You can create a more fluid process by increasing efficiency. In the end, you can either treat more patients or use the extra time administratively to increase revenue.

A study was conducted on the effects of virtual reality distraction on pain perception and anxiety levels in children undergoing primary molar pulp therapy. Forty children between the ages of four and eight who had never had an anxiety disorder were divided into two groups at random. The study included three treatment sessions in a row. Pulp therapy was administered to two groups, one with VR and the other without, and pain levels were measured. Using virtual reality during dental treatment resulted in a significant reduction in pain perception and anxiety scores, according to the study's findings. 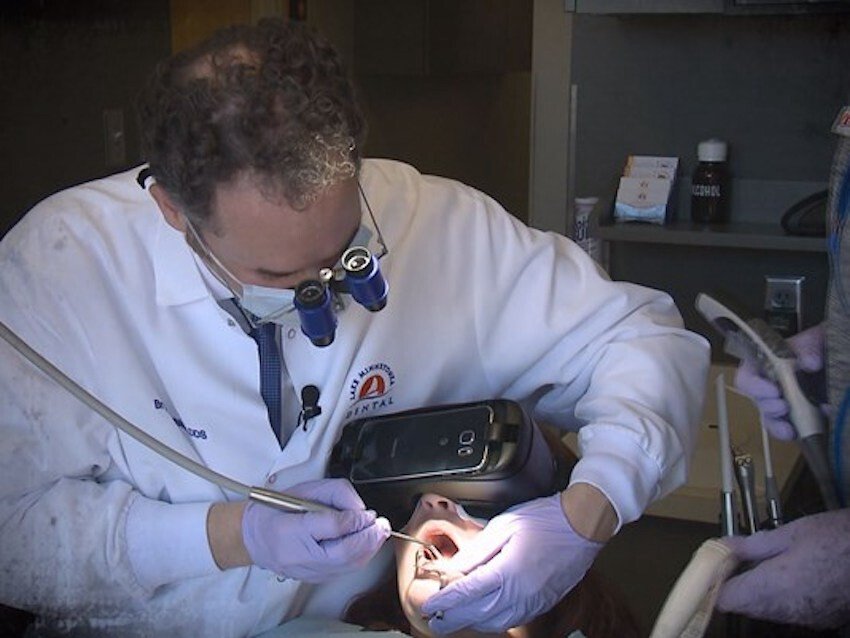 2. You can reduce the amount of nitrous oxide you use. VR provided pain relief that was twice that of morphine during procedures.
A study was conducted in a burn unit where patients' bandages were changed. The standard protocol is to administer morphine, which reduces pain by 30% in the patient. Patients who were immersed in virtual reality experienced a 70% reduction in pain taking no medication.
When patients' thoughts were redirected through the use of virtual reality, they reported significantly less pain. The greatest pain reduction was reported by six patients who said they felt fully immersed in the VR experience. These patients went from severe pain to mild pain after using VR.

Dentists who have used VR say they don't use nitrous oxide to relax their patients very often. They've seen cost savings, fewer drugs administered to patients, demonstrating to patients that they're innovative, and showing that they care about the opioid drug epidemic and want to help.
According to a recent study, some teenagers and young adults are first exposed to opioids at the dentist. According to the study, after having their wisdom teeth removed, 80 percent of patients aged 13 to 30 filled an opioid prescription. According to the report, 7% of teens and young adults who were prescribed opioids at their dentist's office continued to use them. Over 5% became addicted to opioids. 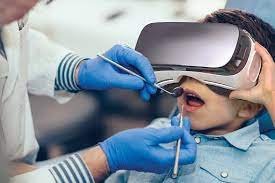 3. Virtual reality is the premier venue for making your company stand out as a welcoming office.
VR shows concern for the well-being of patients, allowing you to treat patients who are more relaxed and calm, lowering patient anxiety and stress, reducing procedural time and giving the doctor more flexibility, and lowering the risk of opioid addiction among patients. 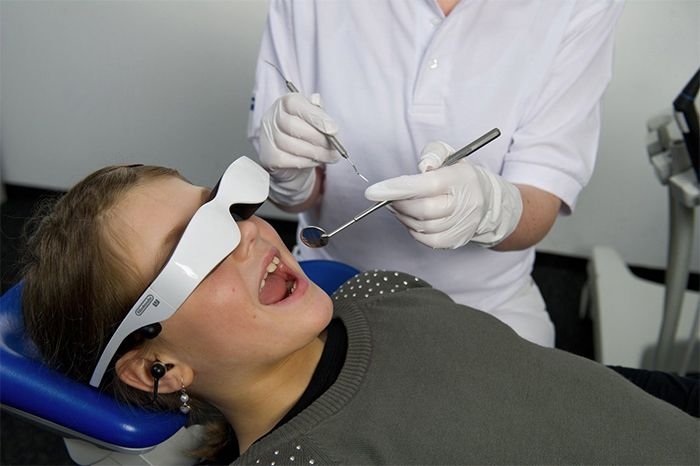 4. Set your practice apart by providing a jaw-dropping virtual reality entertainment package.
According to Grand View Research, the global virtual reality health-care market was valued at $600 million in 2016 and is expected to grow 32% over the next ten years. The future of health care is virtual reality. It's an opportunity for dentists to be creative and establish themselves as thought leaders in their field. They'll also be known as premier and forward-thinking dentists. Patients will tell their friends and family about these procedures and will recommend their dentists. These dental practices will be at the top of the list because of this.

5. Increase your practice's profitability by encouraging patients to schedule necessary procedures by reducing their fear and anxiety.
Another study published in 2018 called "Virtual reality exposure therapy to treat dental phobia" found that VR reduced dental anxiety and behavioral avoidance significantly. Four out of every five VR participants made an appointment, whereas none of the non-VR participants did.
Virtual reality is the way of the future in dentistry, and now is your chance to be a part of it. You can reduce stress and anxiety in your patients, reduce pain, increase profits by scheduling needed appointments, and establish yourself as an innovator by reducing stress and anxiety in your patients.