Virtual reality proven to induce powerful brain states for intelligence and health, according to a scientist.

Virtual reality is entertaining. But what if it was more than just a game? What if virtual reality could help you become smarter?
Scientists have known about a brain phenomenon known as the "theta rhythm" for over 70 years. To put it simply, your brain thinks in syncopated beats rather than frequencies. And the theta is the brain's most prominent rhythm. 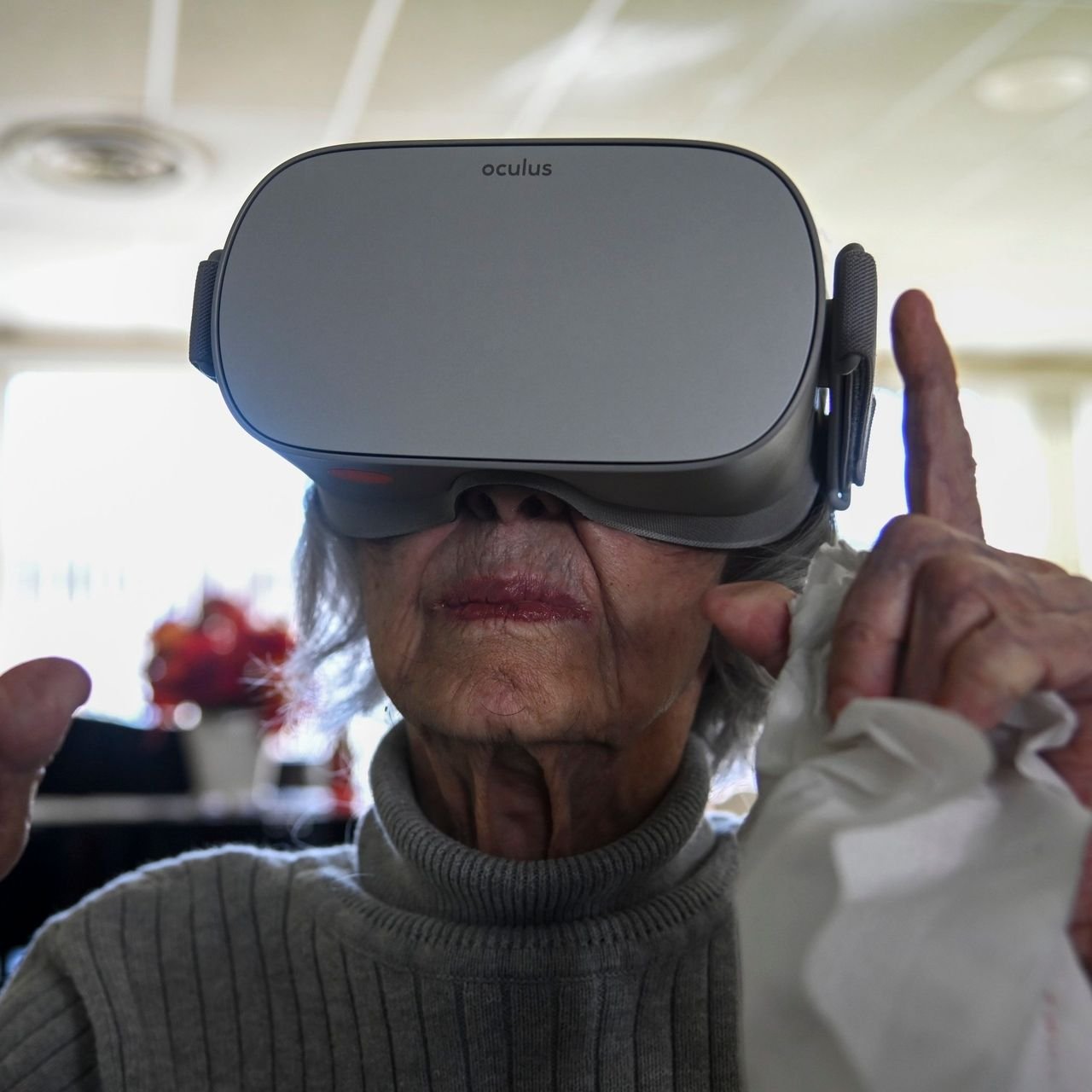 When we are awake, theta rhythms are active, and when we walk, they become more active. They vanish when we sleep, but reappear when we dream. Theta rhythms have been important in cognition, learning, and memory in over 70,000 studies, and we see them go awry in diseases like Alzheimer's disease, ADHD (attention deficit hyperactivity disorder), anxiety, and epilepsy.

Drugs have been trying to boost theta rhythms by attaching themselves to neurons in our brain for years, with varying degrees of success. For the first time, researchers at the University of California, Los Angeles, have discovered a way to increase theta rhythms in mice simply by placing them in a virtual reality simulation.

Their research was published in the journal Nature Neuroscience.

Mayank Mehta, a UCLA professor who led the study, believes that this breakthrough will allow VR to revolutionize treatment for mental disorders and even sharpen cognition to help people learn faster.
Also, how and why does it work?

With a laugh, Mehta says, "I'm scratching my head, seriously."In fact, virtual reality is already being used for a variety of treatments, from PTSD (post-traumatic stress disorder) to physical rehabilitation. We know that these headsets have proven to be an excellent way to re-create a specific sensation or provide a specific stimulus within the confines of hospital beds, despite their lack of mainstream market appeal.

Mehta isn't claiming that just because VR feels real, it can have positive effects on the brain. He's arguing that something in VR—or at least the VR system his lab has built for the mice he studies—can have an electrical impact on the brain, which could affect treatment and learning separately, besides the intense visual simulations VR provides.

Mehta is a trained physicist who has been researching the brain for nearly two decades. Human thought is powered by the oscillation of energy passing from neuron to neuron, much like light and sound waves across the universe are just harmonic frequencies playing out across space. He believed that by using this common ground between physics and neuroscience, he could dismantle the brain's mechanisms.

He started putting mice into extremely complex, tiny virtual reality rigs to figure out how the brain works. He quickly discovered that even his lab's VR system, which places a mouse on a miniature treadmill surrounded by immersive screens, is not structurally real to the brain. In 2013, he published his findings in Science, claiming that in VR, up to 60% of the neurons in the hippocampus (which handles learning and memory) shut down.

Investigating the relationship between virtual reality and the brain has proven to be a rich source of information and a useful tool for delving into the fundamentals of perception. His lab used virtual reality to investigate how the brain perceives space and time over the years. Mehta noticed a strange pattern along the way. In virtual reality, theta frequencies (the pitch of some thoughts, not their rhythmic beats) are typically slower than in reality. They're not much slower—we're talking millisecond differences—but they're slower.

This led to the latest study, in which Mehta's lab discovered that mice in VR have boosted theta rhythms that they don't have in the real world, although the entire VR environment was designed to closely mimic the mice's real-world environment. Virtual reality appears to benefit human cognition in some way. What about that nagging question: How did this happen? He claims, "I believe that was witchcraft in the brain, chaos." “[We've] come up with some unique ideas. We're putting in a lot of time and effort [to figure it out].”

Although 60 percent of neurons in the hippocampus in VR are still shutting down, Mehta believes this could lead to a breakthrough in how we treat mental health and cognition. While it may seem counterintuitive that fewer brain cells would cause a faster rhythm and stronger thought, the truth is that we already know that excessive brain activity can obstruct thinking and even cause problems like epilepsy. “A more active neuron isn't always better,” says Mehta. “Because the brain consumes one-third to one-fifth of the energy used by the rest of the body, it strives to be as efficient as possible.”

Is there a cost to increasing your theta rhythms in virtual reality? There aren't, according to Mehta, who also promises to release a recent paper in the coming weeks confirming that there aren't any measurable drawbacks.

“Now we want to take this to town and see if we can use it as a VR therapy,” Mehta says, noting that human research is much more expensive than animal research and that he is looking for funding and corporate partners to help him complete the project. He's also open to testing third-party VR systems in the future, such as the Oculus Rift or HTC Vive.

“Fortunately, we developed VR in such a way that we can use directly it for humans,” Mehta says. “As a result, we're getting ready.”